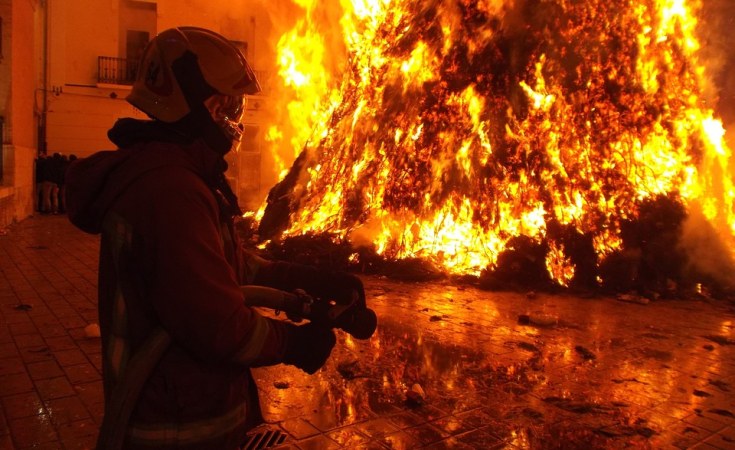 Several people were feared dead yesterday when a pipeline belonging to the Nigerian National Petroleum Corporation (NNPC) exploded in the Ekoro area of Abule-Egba, Lagos State.

Following the incident, the residents of Ekoro in Abule-Egba/Ile-Epo area of the state were thrown into pandemonium as multiple fire-explosions from the vandalised petrol pipeline rocked the area.

THISDAY gathered that the explosion, which started at about 9p.m. yesterday, was alleged to have been caused by activities of pipeline vandals in the area.

According to an eyewitness, the residents had perceived strong smell of fuel 15 minutes before the explosion, but could not detect exactly where it was coming from until the explosion occurred.

As at the time of filling in this report, a team comprising of the Lagos State Emergency Management Agency (LASEMA) and other first responders were already at the scene battling the fire.

The Director-General, Lagos State Emergency Management Agency, Dr. Oluwafemi Okeosanyintolu, who confirmed the incident, said, "A raging fire from the explosion of a vandalised NNPC pipeline has caused panic among residents within Awori, U-turn and Pipeline communities in Abule Egba. LASEMA, the Lagos State Fire Service are responding and on top of the situation."

Also, the Director-General, Lagos State Fire Service, Margaret Adeseye, said three fire service stations had been deployed in the area to curtail the fire, adding that no casualty had been recorded.

"We have deployed personnel from the Agege, Alausa and Abesan fire stations to the area. The cause of the fire incident is still under investigation, no casualty has been recorded for now."

Three Dead, Many Injured as Fuel Pipelines Explode in Lagos 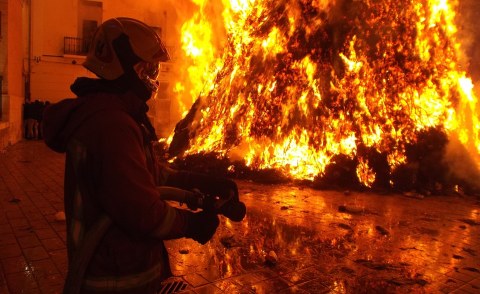 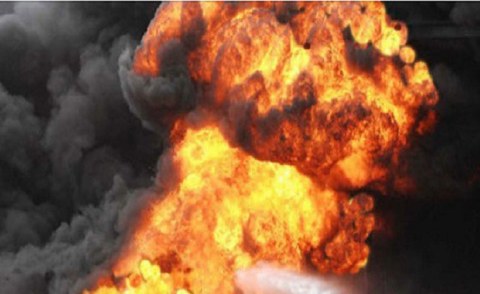 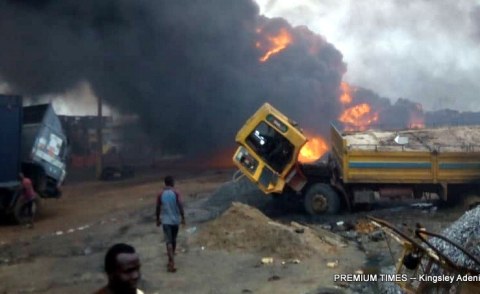 Vandals Blamed for Lagos Pipeline Explosion
Tagged:
Copyright © 2020 This Day. All rights reserved. Distributed by AllAfrica Global Media (allAfrica.com). To contact the copyright holder directly for corrections — or for permission to republish or make other authorized use of this material, click here.