Gambia: Yahya Jammeh to Be Arrested If He Comes Home - Ba Tambadou

The Attorney General and Minister of Justice Abubacarr Baa Tambadou has on Sunday, 19th January said former President Yahya Jammeh will be arrested if he comes home.

"If former President Yahya Jammeh ever comes back to this country, he will face immediate arrest and charges of the most serious crimes. He will be subjected to an accountability process like any other ordinary accused person in this country. No amount of political brinkmanship will prevent this from happening," he said.

The Justice Minister's speech came 3 days after supporters of the Alliance for Patriotic Reorientation and Construction submitted their position paper to ECOWAS, AU and the UN demanding for the return of their Supreme Leader - Yahya Jammeh.

The ousted leader went to exile after losing to President Adama Barrow, the candidate of Coalition 2016. He left the Gambia on the 21st January 2017 for Equatorial Guinea where he sought refuge.

Jammeh together with four lieutenants toppled the PPP government on the 22 July 1994. He ruled the Gambia for 22 years. His government is alleged to have committed several rights violations including rape and murder.

The Government has setup a Truth, Reconciliation and Reparations Commission (TRRC) to investigate the alleged rights violations and come up with recommendations.

Previous Story
Justice Minister Warns Jammeh Will Be Arrested, Charged If...
Next Story
Gambians Should Say No to Dictatorship - Witness Tells TRRC

Justice Minister Warns Jammeh Will Be Arrested, Charged If...

Gambians Should Say No to Dictatorship - Witness Tells TRRC 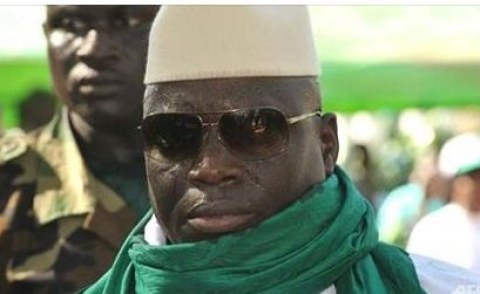 U.S. Moves to Seize Ex-Gambia Leader Jammeh's Mansion
Tagged:
Copyright © 2020 FOROYAA Newspaper. All rights reserved. Distributed by AllAfrica Global Media (allAfrica.com). To contact the copyright holder directly for corrections — or for permission to republish or make other authorized use of this material, click here.