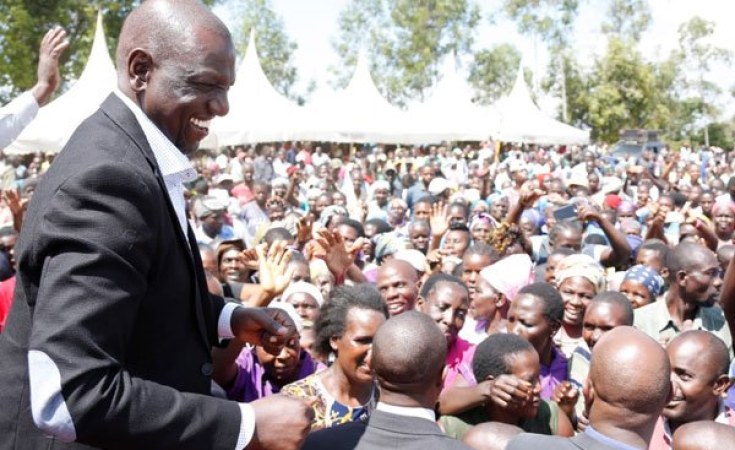 Deputy President William Ruto has uncharacteristically remained silent on social media even as the State continues to pile more pressure on his Jubilee faction.

He was last 'seen' on social media on Sunday, January 12 when he was joined by other leaders during an interdenominational church service at St Paul's Makongi Secondary School in Soy constituency, Uasin Gishu County.

"The righteous person may have many troubles, but the Lord delivers from them all. - Psalm 34:19 During an interdenominational church service at St Paul's Makongi Secondary School in Soy constituency, Uasin Gishu County," his posts on Twitter and Facebook reads.

Still on the same day, the DP also attended a church service in Narok County and also posted about it.

"But seek ye first the Kingdom of God, and his righteousness; and all these things shall be added unto you. - Mathew 6:33, During the official opening of African Gospel Church (A.G.C) Olerai Bethel Sanctuary, Narok West in Narok County," the other post read.

Still on the same day the DP posted on Facebook where he congratulated athletes Rhonex Kipruto and Sheila Chepkirui for breaking the men's and women's 10 Km world record in Valencia.

This week, the Nation reported that the DP had visited South Sudan but this is yet to be posted on his pages. His social media handler Dennis Itumbi has also not shared any posts on the DP on his personal pages.

His silence comes at a time when he President Uhuru Kenyatta has moved to assert his authority in government.

DP Ruto has also in the recent past been "fact-checking" newspaper headlines on him something he has not done in the last five days.