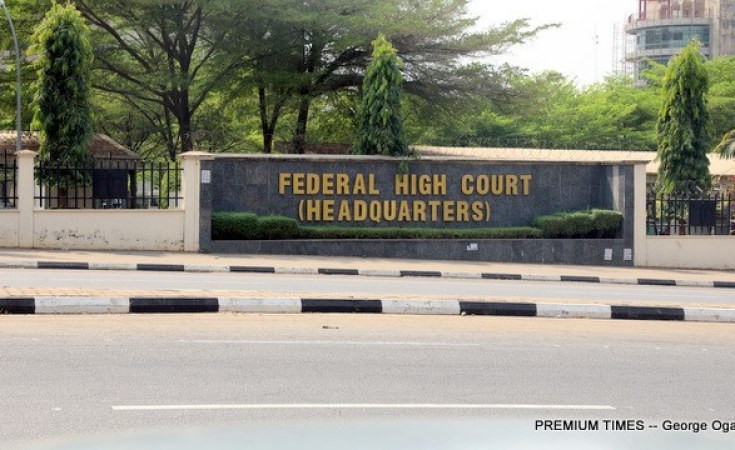 The Economic and Financial Crimes Commission (EFCC) has filed multiple corruption charges against a former Attorney-General of the Federation and Minister of Justice, Mohammed Adoke.

The charges include those related to money laundering, denying Nigeria taxes and an alleged N300 million bribe.

In the charge before the Federal High Court (FCT), the commission accused Mr Adoke of accepting N300 million from a controversial businessman, Abubakar Aliyu, as bribe sometime in September 2013, in Abuja.

Mr Aliyu was charged alongside the former minister.

PREMIUM TIMES reported how almost half of the $1.1 billion paid by Shell and Eni in a controversial OPL 245 deal brokered by Mr Adoke ended in accounts controlled by Mr Aliyu. The oil multinationals paid the money through the Nigerian government to Malabu, a company then controlled by Dan Etete, a former petroleum minister who is on the run. Malabu, which was illegally awarded OPL 245 when Mr Etete was minister in 1998, then transferred about half of the money into accounts partly controlled by Mr Aliyu. Mr Aliyu is believed to have shared the money to top officials of Shell and Eni as well as officials of the Jonathan administration. The EFCC believes the N300 million Mr Adoke received in 2013 was his share of the Malabu windfall.

Shell, Eni and their officials are already being prosecuted in Italy for the scandal.

In the charge no: FHC/ABJ/CR/39/2017, the EFCC said the alleged offences are contrary to section 1 (a) of the Money Laundering Prohibition Act 2011 (as amended) and punishable under section 16 (2)(b)of the same Act.

In the charge before the FCT High court, the commission accused Mr Adoke of accepting gratification from Mr Abubakar to facilitate and negotiate the OPL 245 resolution agreement with Shell, Eni and their Nigerian subsidiaries.

The commission also accused Mr Adoke of conspiring and agreeing to waive taxes due to the Federal Government of Nigeria by illegal means through the execution of the OPL 245 Resolution Agreement between the Nigerian government, the oil multinationals and a shady company, Malabu oil and gas.

Charged alongside Mr Adoke at the FCT High Court are Mr Abubakar; Rasky Gbinigie who was a company secretary to Malabu; Malabu; Agip, a subsidiary of Eni; and two subdiaries of Shell (Shell Nigeria Ultradeep Limited and Shell Nigeria Exploration Production Company Limited).

Mr Adoke has denied any wrongdoing and said he acted on the instructions of the former president, Goodluck Jonathan.

The former minister went on a self imposed exile outside Nigeria. He eventually travelled to Dubai where he was arrested by Interpol at the prompting of the EFCC.

The EFCC secured an initial court warrant to hold Mr Adoke for 14 days following his arrest in Abuja.

Following the expiration of the first order, a judge approved a second warrant to keep the former attorney-general for another 14 days to enable the anti-graft detectives to conduct their investigation and arraign him in court.

The second warrant expired on January 16.

PREMIUM TIMES on Monday reported the EFCC acknowledging the expiration of the second remand warrant for Mr Adoke.

The commission affirmed that his continued detention was nonetheless legal and consistent with its extant operational procedure.

Tony Orilade, the acting spokesperson for the anti-graft agency, in an interview with PREMIUM TIMES, said Mr Adoke was being held beyond the validity of court order because the date for his arraignment had drawn nearer and he had to be kept in custody for ease of access.

Mr Adoke is expected to appear in court this week to face the charges.

Nigerian Court Orders Arrest Of Former Oil Minister
Tagged:
Copyright © 2020 Premium Times. All rights reserved. Distributed by AllAfrica Global Media (allAfrica.com). To contact the copyright holder directly for corrections — or for permission to republish or make other authorized use of this material, click here.