Africa: Why the Coronavirus Should Worry Us All 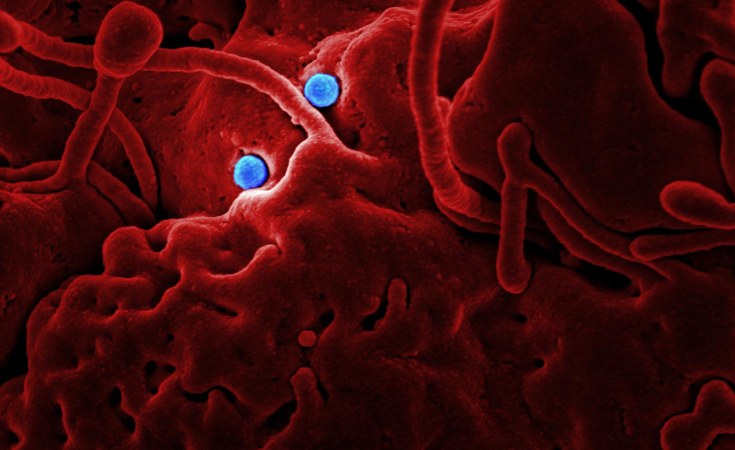 The rapid nature of its origin and speed in transmission reminds us that national security is threatened when a pathogen can travel from a remote village to major cities on all continents in 36 hours. Therefore, global health security should be given the same priority as national security.

The history of infectious disease outbreak is not new. In 1918, the Spanish flu pandemic infected about 500 million people globally (a third of world's population then) and caused the death of 20 million to 50 million victims.

Infectious diseases continue to be a huge problem. Of recent, Ebola and measles outbreaks in DRC have killed 2236 and over 6,000 respectively.

This Corona virus outbreak is happening during the Chinese Lunar New Year holiday as millions travel to visit with loved ones in country and travel abroad, making the current threat a global one. Most urgently, all countries must collaborate to contain this outbreak now

The ease of travel in today's global community means the world must always be prepared for disease outbreaks. It is no longer whether an infectious disease outbreak would happen but when.

Globally, 100,000 aircraft carry millions of passengers from one city to the other daily. A visit to flightradar24.com puts this in perspective and shows how interconnected countries are.

International borders really do not protect against infectious disease outbreaks. This is why governments, national public health institutes, communities, private sector and global health actors must act rapidly to contain this outbreak and others happening elsewhere.

Also, processes must be put in place to prevent future outbreaks. These are four interventions to ensure response and prevention happen.

First, increased screening at international borders using computerized thermal cameras should be intensified. No one should be exempt from this screening no matter how highly placed they are.

In 2015, the global health community learnt the hard way the dangers of giving preference to diplomats in the way Patrick Sawyer moved freely from Monrovia to Lagos despite being already infected with Ebola.

That oversight led to a short Ebola outbreak in Nigeria which could have gotten out of hand if not for quick response mounted by Nigerian authorities and other global health organisations. Beyond international air borders, most countries have very porous and poorly manned land borders.

To overcome this challenge, communities along these borders must be properly informed about this current outbreak, its presenting symptoms and who to call when they suspect individual have symptoms.

Second, prepare for the spread of fake news on infectious diseases and be proactive about pushing out the right information to counter it. Community education is very important, especially at this time when the infection is raging. People are scared and can easily fall prey to fake news.

The experience with the spread of fake news during the Ebola outbreak in Nigeria in 2015 led to people bathing with salt water because they believed it would stop them from getting infected with Ebola. That fake news led to deaths of two victims.

Third, governments in consultation with national public health institutes should designate specialized centers for handling suspected cases. At the same time, they should provide the necessary drugs for treatment too.

These must be coordinated with staff at ports of entry. There should be no confusion about where to take a suspect case. If a suspected case presents at hospitals, there must be plans to immediately direct the individual to the right part of the hospital to prevent the spread of the infection.

In 2015, while evaluating the African Union response to Ebola in West Africa, I heard firsthand the harmful effect of having hospital security workers who are not well informed. At Saint John of God Hospital in Port Loko District, Sierra Leone, the wrong handling of an Ebola case by a security officer led to deaths of 10 health workers.

Fourth, all governments must invest in epidemic preparedness. Although it is not cheap, it is cost effective. For instance, Nigeria Centre for Disease Control estimates that it would cost 40 cents per person for Nigeria to be prepared for epidemics.

This amounts to $80 million for a population of 200 million. Not doing this and a pandemic occurs, Nigeria would lose $9.6 billion in GDP annually, according to the International Working Group on Financing Preparedness.

Every country must have a financed plan and ensure that their national public health institute gets the required funds to lead prevention, detection and response to infectious diseases. Infectious diseases spare no one.

As the World Economic Forum holds in Davos, Switzerland, business leaders must discuss ways of supporting governments to fund epidemic preparedness. It makes business sense and will protect their investments.

Dr. Ifeanyi Nsofor is a medical doctor, the CEO of EpiAFRIC, Director of Policy and Advocacy for Nigeria Health Watch

How Continent Is Preparing for the Coronavirus