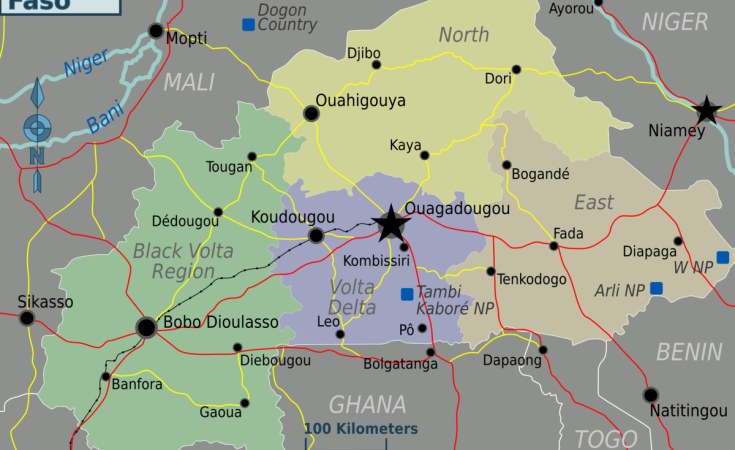 The mass killing was carried out by a "terrorist group" the government has said in a statement. Violence in the West African country has surged recently as the fight against militants shows no signs of abating.

Burkina Faso will begin two days of national mourning Wednesday after militants killed 36 civilians in what the government described as an attack carried out by a "terrorist group."

Armed militants forced their way into a market the village of Alamou in Sanmatenga province on Tuesday and attacked people there before burning the construction to the ground, according to a government statement.

The bloodshed is part of a surge in violence in the West African country that has killed hundreds and forced nearly a million people from their homes.

Islamist groups with links to al Qaeda and the so-called "Islamic State" have carried outa number of attacks against civilian and military targets in Burkina Faso in recent months, including an onslaught on a Canadian mining convoy in November that killed at least 37 people.

"These repeated attacks on innocent civilians call for real cooperation between defense and security forces," the government said.

President Roch Marc Kabore responded to the onslaught by calling for two days of national mourning. It was not immediately clear who was responsible for the market attack.