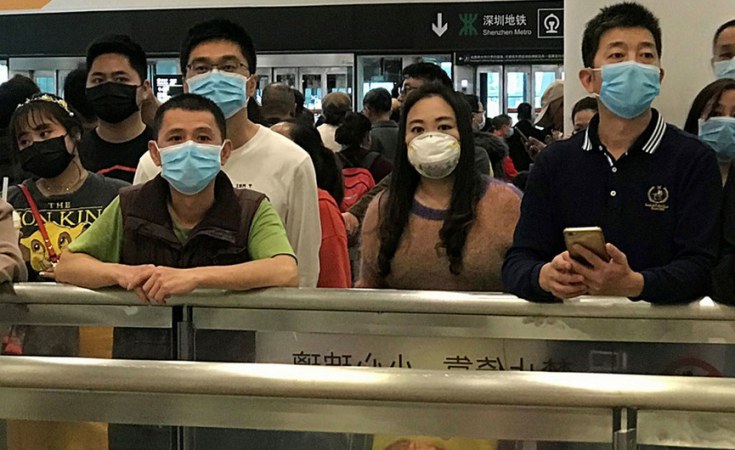 The Ministry of Health has cautioned Rwandans who travel to Asian countries to take preventive measures against the Novel Coronavirus that has been reported in Asian countries.

Cases of the respiratory illness were first reported in the Wuhan City of China late last year and, as of this week, more than 200 people across six cities are said to have been infected, while other cases have been reported in South Korea, Japan, and Thailand.

Chinese official investigating the illness have said that the disease can spread from person to person but can be halted with increased vigilance.

In a communiqué issued on Tuesday evening, the Ministry of Health issued an advisory concerning the virus, requesting the general public especially travelers to Asian countries to take special preventive measures.

The measures include avoiding animals (alive or dead), animal markets, and products that come from animals (such as uncooked meat); avoiding contact with sick people; washing hands often with soap and clean water (use alcohol-based hand sanitizer in case they don't have access to clean water and soap).

"If you travelled to the affected countries and feel sick, you are advised to: seek medical care immediately and inform medical personnel about your recent travels and symptoms; avoid travelling while sick; cover your mouth and nose with a tissue or your sleeve (not your hands) when coughing or sneezing," it read.

In China, most patients have been linked to a large wholesale fish and live animal market in Wuhan, Hubei province of China. The market has been decontaminated and closed since January 1, 2020.

Symptoms of the disease include fever, cough and difficulty breathing.

Malick Kayumba, the spokesperson of Rwanda Biomedical Centre, told The New Times in an interview that the virus is a serious issue due to the many cases that have already been confirmed, and the fact that it is a human to human disease.

The ministry promised that Rwanda is closely working with the World Health Organisation (WHO) to implement necessary preparedness activities and will keep strengthening surveillance.

In more severe cases, infection can cause pneumonia, kidney failure and even death.

How is it transmitted?

 Human coronaviruses mostly spread from an infected person to others through;

 Close personal contact such as touching or shaking hand;

 Touching an object or surface with the virus and then touching your mouth, nose or eyes before washing your hand;

Can Coronaviruses be treated?

 Currently there are no specific treatments for the illness. Treatment is mainly supportive and may include:

 Antibiotics to treat bacteria that cause pneumonia

Why is novel Coronavirus a concern?

 An outbreak of Pneumonia reported in China, Thailand, Japan and the Republic of South Korea and confirmed cases have reached 205.

 Preliminary laboratory findings have identified it to be caused by a novel coronavirus.

 Due to the frequent flights from Rwanda to China and Thailand, a possible risk of an imported case cannot be excluded.

African Countries Brace for Spread of Coronavirus
Tagged:
Copyright © 2020 The New Times. All rights reserved. Distributed by AllAfrica Global Media (allAfrica.com). To contact the copyright holder directly for corrections — or for permission to republish or make other authorized use of this material, click here.