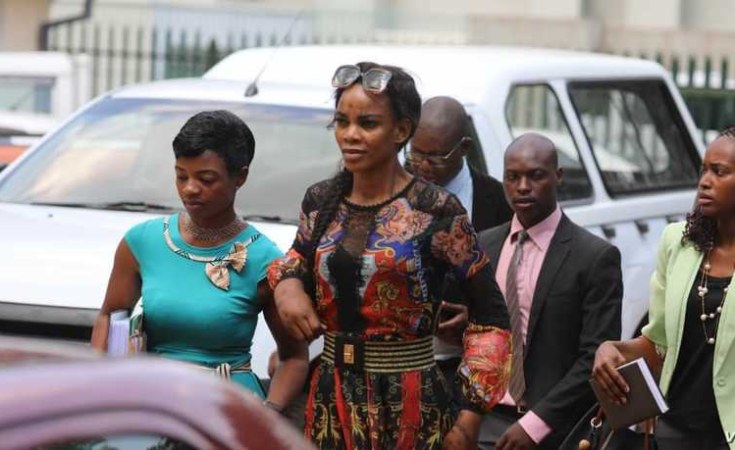 The High Court has reserved its ruling in the case in which Acting President Constantino Chiwenga and his estranged wife Marry Mubaiwa are fighting for the custody of their three minor children, the matrimonial home and other assets, including top-of-the range vehicles.

After her release from remand prison, Mubaiwa approached the High Court on an urgent basis last week demanding access to her children, property and the home.

The case was brought before Justice Christopher Dube-Banda, who directed the parties to resolve their dispute amicably through an out-of-court settlement.

The parties reached a deadlock paving the way for the hearing yesterday before the same judge who reserved ruling to a later date.

Speaking to the media after the hearing, Acting President Chiwenga's lawyer, Mr Wilson Manase, said: "The deliberations were very good and we presented our case just like they presented theirs. As you know, Advocate Lewis Uriri argues very well but the judge, at the end of the day, decided to reserve judgment and we will follow whenever the court is ready with it," he said.

"The major issue, which they (Mubaiwa's lawyer) brought before the court is they wanted an order of expoliation which covered issues to do with children and the house, where she thought she could reside but the Honourable Vice President stays there."

Mr Manase said there are bail conditions, which prohibit Mubaiwa from interfering with witnesses and the National Prosecuting Authority (NPA) had already filed an application to amend the bail order.

"Mind you, there is an attempted murder charge in which the accused is said to have threatened the life of the Vice President, so they cannot live together," he said.

"There were also other issues to do with properties; we cannot comment much until the judge has said something."

Mr Nyamakura refused to comment saying: "The matter is sub judice and we cannot comment further," he said.

In the application, the ex-model accused the Acting President of abducting the children and of willfully breaking the law after he placed soldiers to stop her from accessing the home.

In a related matter, Justice Pisirayi Kwenda postponed the case in which the prosecution wants Mubaiwa to surrender into the court's custody all three valid Zimbabwean passports reportedly issued to her as part of her bail conditions.

The prosecution also wants her to live at a different address from the matrimonial Borrowdale home she shared with her estranged husband.

The matter was postponed to allow Mubaiwa's lawyer in the case, Ms Beatrice Mtetwa, to file her opposing papers.

Mubaiwa is on remand for attempted murder, fraud and money laundering.

She has surrendered one diplomatic passport as a bail condition set by the High Court.

The prosecution wants all three passports in the custody of the court until the trial is over.