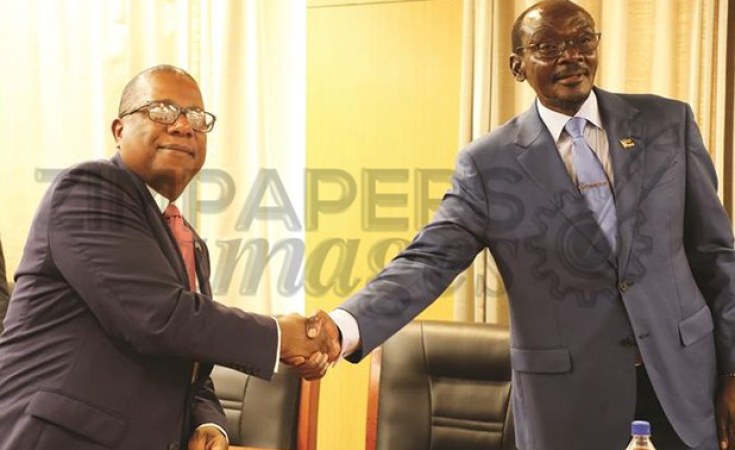 Zimbabwe will continue to re-engage the United States (US) despite challenges affecting the resumption of normal relations between the two countries, Vice President Kembo Mohadi said yesterday. He was speaking after a courtesy call from US Ambassador to Zimbabwe, Mr Brian Nichols.

Relations between the two countries have been strained in the past two decades after the US imposed sanctions on Zimbabwe, protesting the implementation of land reform and a general desire by Washington to effect regime change in Harare.

Since the coming in of the Second Republic led by President Mnangagwa, the Government has been pursuing the re-engagement drive with the US and other Western countries to normalise relations.

While dialogue with countries in the European Union (EU) has yielded positive results, not much headway has been made with the US, which maintains a negative stance against the Government despite efforts to repeal laws that were seen as retrogressive.

VP Mohadi, who met Ambassador Nichols and discussed the ongoing reforms and the humanitarian situation, said Harare and Washington will continue talking.

"We had a very good interaction with His Excellency the Ambassador of the US to Zimbabwe. We discussed a number of issues that include reforms in terms of legislation, the legislative reforms and we also discussed electoral reforms and drought mitigation," said VP Mohadi.

"The US has been pleased to provide Zimbabwe with the assistance since the inception of our independence and they continue to do so in the area of education particularly and health and also agriculture, which is food mitigation.

"So we are still going to be cooperating with them. We might have had hiccups here and there, but that sometimes happens even at family level, you have such things but it doesn't mean we are not communicating or we are not dialoguing. We will continue dialoguing and get to where we understand each other better and everything else will be ok."

In his remarks, Ambassador Nichols said: "The VP explained some of the political and economic reforms that this Government is pursuing but we all need to see the concrete outcome of that process in order to have a closer relationship at a government-to-government level. But that being said, we have agreed to maintain our channels of communication open and I hope he will indulge me in the future to meet me so that we can continue with this dialogue."

Ambassador Nichols said they discussed the impact of drought on Zimbabwe and requirements to mitigate the effects.

"It was a courtesy call to check in with His Excellency, the Vice President on the current situation but more specifically to continue our dialogue on issues of food security, mitigating drought, linking with the effects of Cyclone Idai and to discuss the important economic reforms that Zimbabwe is pursuing and will be central to finding a lasting solution to the challenges that this country faces and I reiterated our commitment to the welfare to the people of Zimbabwe," said Ambassador Nichols.

"It was also about understanding what the Government of Zimbabwe would be providing in terms of food assistance, appropriate reforms, to ensure that the agricultural sector is able to progress and this will enable us to formulate our assistance package going forward.

"So we look forward to the Vice President and his team following up with more specifics on the district and provincial level requirements."