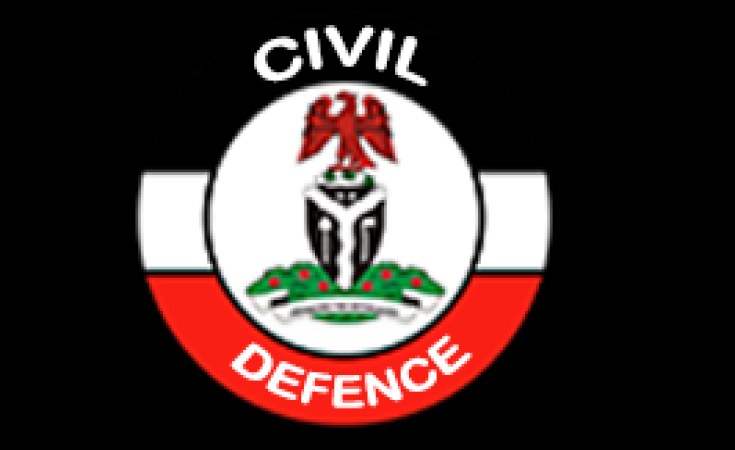 Over 1.4 million Nigerians scrambled for 5,000 job openings advertised by the Nigeria Security and Civil Defence Corps (NSCDC), marking yet another testament to Nigeria's acute unemployment.

Federal officials working on the recruitment process told PREMIUM TIMES this week that 1, 477, 042 million applications were received through the Civil Defence's website at the close of submission on September 7, 2019. The online portal for 2020 recruitment opened on August 9, 2019, running for just a month.

Of the 1.4 million applicants, thousands would be selected to take part in the next stage of the recruitment process, PREMIUM TIMES learnt from officials who spoke under anonymity because the civil service rules prevent them from discussing official activities.

Those shortlisted would then face a series of written examinations to be conducted by the Joint Admissions and Matriculation Board (JAMB). The Civil Defence, Fire, Immigration and Prisons Services Board (CDFIPB), a federal agency coordinating the recruitment, has already written to JAMB seeking the examination body's cooperation in setting guidelines for the upcoming computer-based tests.

As part of the requirement for the job that pays above the N30,000 national minimum wage, thousands of shortlisted applicants would take questions similar to those set for candidates seeking admission into tertiary institutions in the country.

It was the first time that JAMB would be asked to set written examinations for candidates seeking Civil Defence jobs, PREMIUM TIMES learnt.

When the CDFIPB, a department under the interior ministry, first announced the exercise last year, it indicated that 10,000 people would be recruited into Civil Defence. The figure was consistent with annual intake for the NSCDC in recent years. The police also conduct a similar recruitment drive, taking in 10,000 officers and rank-and-file annually.

But shortly after application closed, the government started mulling over its ability to take as much as the 10,000 advertised, according to officials familiar with the situation.

"It was eventually decided the government could only make provisions for 5,000 new recruits," an official said. "That was what was captured in the 2020 budget."

While the hurried elimination of 5,000 potential employees unsettled a large number of applicants, the main battle could still lay ahead in the scramble for the remaining 5,000 openings, according to another official source.

Upon conclusion of the written exercise, political and business heavyweights with actual or perceived influence would start fighting to reserve slots for their hangers-on.

"We have already come under pressure from top political office holders and their spouses, top businesspeople, traditional leaders, senior academics and people who know people who work at NSCDC or the Ministry of Interior," a senior official said. "We are already confused even at this early stage."

The official said the outcome of the written examinations and other pre-qualification tasks that shortlisted candidates would participate in may not necessarily determine those that would make the 5,000 cut.

While many would be winnowed out by a set of rules that would render their applications invalid, a high number would still make it through the final stages, and those "with connections" may ultimately benefit, an official said.

"No one can summon the courage to tell a godfather in the presidency or a foremost traditional ruler that their candidate did not make the cut," the official added. "So the battle is going to be between the elite."

Then, members of the upper-class are themselves victims of the Nigerian situation, the official added.

"They are daily inundated with requests for jobs," the official said. "Both the skilled and unskilled alike."

The CDFIPB did not return request for comments about its recruitment practices.

That more than 1.4 million Nigerians still applied for a paramilitary job in less than a month despite being restricted to only citizens between 18 and 30 underscored the national crisis dimension of unemployment in Nigeria, said economist Fatima Abubakar.

"Unemployment in Nigeria has become a national bane," Ms Abubakar said. "This is a dimension the country cannot afford to sustain."

The analyst said the situation with NSCDC reflects similar recruitment drives by other public and private institutions.

In March 2014, more than a dozen job seekers were killed in multiple stampedes that occurred at recruitment centres for immigration jobs. The Nigeria Immigration Service (NIS) had advertised 5,000 jobs that year and prequalification activities were held in multiple cities across the country.

Several years later, unemployment has soared, even as the country's population continues to set new records. As of December 2019, unemployment stood at 23.1 per cent, per the statistics office, and projected to reach 33.5 per cent this year.

"The unemployment numbers keep rising and projected to get worse with alarming population growth," Ms Abubakar said. "The government should prioritise policies that would lead to jobs in all sectors."