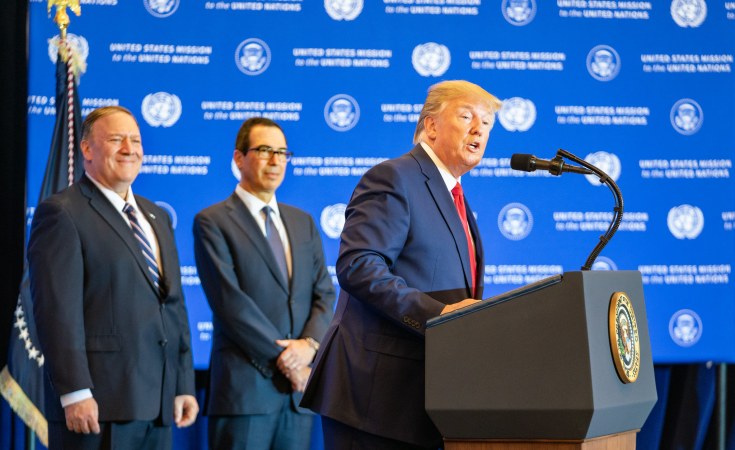 THE government has yet to receive any official communication regarding a new travel ban reportedly imposed by the US to seven countries including Tanzania.

Reports from various international media outlets including Reuters, BBC and Aljazeera have it that, the Donald Trump administration plans to come up with new travel restrictions that would apply to travellers and immigrants from Belarus, Eritrea, Kyrgyzstan, Myanmar, Nigeria, Sudan and Tanzania.

Speaking to the 'Daily News' over the phone on Wednesday, the Minister for Foreign Affairs and East African Cooperation Prof Palamagamba Kabudi, said the government is waiting for the official communication - if any.

"I have seen some of the reports regarding the matter but as a government, we haven't received any official communication about it, by now this is treated just like a speculation," he said.

He said, upon receipt of an official communication from the US government, Tanzania will be able to speak out about her position on the ban.

"So I'm considering it as a speculation until we get the official notification from the relevant authority," stressed Prof Kabudi.

He went on to explain that, the circulated reports have not stated whether the ban will be for all Tanzanians or some individuals, which is why the government has to wait for confirmation from the relevant authority.

"It isn't the first time actually, earlier this month it was reported that expansion could include several countries including Chad, however, later on it was removed from the list," explained the minister during the interview.

Reports that surfaced on Tuesday claimed that the US President Mr Trump has confirmed to have plans of adding more countries to the list of his travel ban.

The countries in question wouldn't necessarily face blanket bans on travel to the U.S., but could have restrictions placed on specific types of visas, such as business or visitor visas, administration officials said.

Some countries could be banned from participating in the diversity visa lottery programme, which awards green cards to people in countries with low levels of immigration to the U.S.

President Trump has called for an end to that programme, saying it lets undesirable people into the U.S., and he has proposed reorienting the existing visa system toward skilled workers instead.

The most recent travel ban was meant to five countries such as Iran, Libya, Somalia, Syria and Yemen. Other restriction was put on some travellers from North Korea and Venezuela.

The administration briefly included Chad on the ban list, but removed the country in April 2018. The first order was, however, struck down by a federal court and withdrawn.

A second iteration of the ban, issued in March 2017, was also struck down by a federal judge who said it still amounted to religious discrimination against Muslims.

A third version of the policy, issued in September 2017, was upheld by a divided Supreme Court in a 5-4 ruling in June 2018 on the grounds that federal law gives the president broad authority to suspend entry to the U.S.

Unlike the initial list, most of the new countries don't have majority-Muslim populations.

Several of them, however, have had relatively higher rates of their citizens overstaying visas in the U.S., according to DHS data.