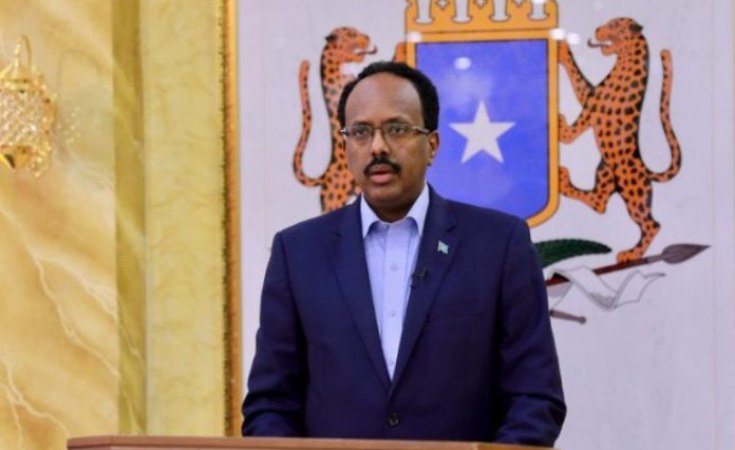 Reporters Without Borders (RSF) calls on President Mohamed Abdullahi Mohamed, also known as “Farmajo,” not to sign Somalia’s newly approved media bill into law because it would open the way for criminal prosecutions for ordinary press offences and would undermine efforts by the authorities in the past year to defend press freedom.

Somali journalists will have good reason to be worried if Farmajo signs the media bill, which had been debated for the past two years. The final version, which was sneaked through the federal parliament, has many vague and draconian provisions.They include article 3, which makes it illegal for journalists to be compelled by threat or force – for example, by political or armed actors – to publish “information which conflicts with the interests of the country, security, the economy, politics and society.”

The proposed law does not protect the confidentiality of sources and says journalists can be held responsible for the consequences of disclosing confidential information. It says journalists can be fined for violations, but does not specify the size of the fines. It also says that verdicts and sentences can be appealed before unspecified “competent jurisdictions,” opening the way to prison sentences.

“What with vague wording, draconian provisions, the possibility of criminal prosecutions leading to prison sentences, drastic restrictions on the right to disseminate information and a government-controlled media regulator, this bill would be deadly for Somalia’s journalists and media if adopted in its current form,” said Arnaud Froger, the head of RSF’s Africa desk.“Just months before the next national elections, it could pose a serious threat to journalism and send a terrible message to those who struggle to produce news and information in an independent manner in an already difficult security context. We ask the president not to promulgate this law in order not to undermine all the encouraging efforts on behalf of press freedom seen in recent months in Somalia.”

The bill also provides for a “record of journalists” on which anyone wishing to engage in journalistic activity must be registered. The information ministry would be able to reject applicants after examination of their professional qualifications. The freedom to publish is restricted by a provision under which anyone seeking to create a new publication must apply for a permit and make a prior deposit payment.

The media regulatory body is liable to lack any independence because its members are recommended by the information ministry and must be approved by the government. The excessive powers granted to the information ministry also include the drafting of a media code of conduct that will forbid the publication of photos or videos that are ”disturbing for society” or “violate public decency.”

Somalia continues to be sub-Saharan Africa’s deadliest country for journalists, with 26 killed since 2013 (three of them last year). Arbitrary arrests are still frequent, especially in the northern regions of Somaliland and Puntland. A total of 25 journalists were arrested arbitrarily in 2019, according to the annual report of the National Union of Somali Journalists (NUSOJ).

The president and prime minister have nonetheless sent encouraging signals, especially with regard to combatting impunity for crimes of violence against journalists. The policeman who fatally shot SBS cameraman Abdirisak Qasim Iman in Mogadishu in July 2018 was sentenced in absentia to five years in prison. RSF continues to call on the authorities to make every effort to arrest him so that he serves his sentence. Two soldiers were also arrested and discharged from the army for tying up two journalists and leaving them in the sun because they had been doing street interviews.