Congo-Kinshasa: Opinion - One Year in Office - Is DRC's Tshisekedi in Charge? 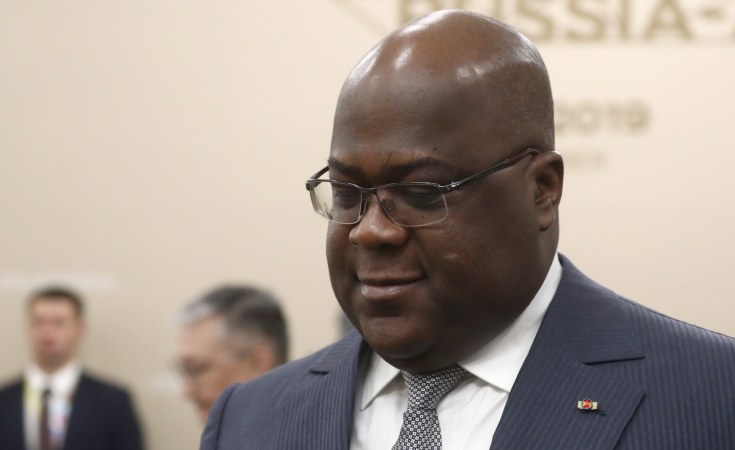 DRC leader Felix Tshisekedi's first year in office has seen a tug of war with his opponents, dealing a blow to his reform promises. But DW's Isaac Mugabi thinks stability can be achieved if Congolese work together.

All eyes will be on President Felix Tshisekedi January 25, 2020, when he marks one year in office as president of the Democratic Republic of the Congo. Although a ceremony to mark his first anniversary has been called off, many will use all media tools at their disposal to judge, praise, and even vilify Tshisekedi for his shortcomings.

The political shenanigans of his predecessor Joseph Kabila, who was president from 2001 to January 2019, have contributed to the slow pace of Tshisekedi realizing his promises. If Kabila is not tamed, the roadmap to a stable DRC will remain an illusion.

In the past twelve months, observers have kept a sharp eye on Joseph Kabila, as he continues to pull political strings in the background. Kabila's political party boasts a majority in the senate, something that he is using as a bargaining chip with the incumbent. Some opposition leaders are wondering the extent to which Kabila's regime has been replaced.

However, slowly but surely, Felix Tshisekedi has endeavored to make his political authority felt, albeit with careful maneuvers. Having cruised to power on his illustrious father's name (he's the son of longtime opposition leader Etienne Tshisekedi), Tshisekedi is also using his name's popularity to break the system that Kabila created.

A semblance of fundamental human rights marked Tshisekedi first days. The right to peaceful assembly has generally been respected and Tshisekedi has refrained from unleashing the police and other security organs on his opponents, as was often the case under Kabila.

He pledged to improve press freedom in his inaugural speech (DRC registered the most abuses against journalists in sub-Saharan Africa in 2018). But despite a slight fall in media violations in 2019, Tshisekedi has yet to usher in the promised reforms.

After seven months of negotiations, Tshisekedi formed a cabinet - mindful that political forces needed to come together and reach consensus if the vast central African country is to move forward.

However, various political interest groups are still trying to carve out a niche for themselves. The influential Catholic Church, which has for decades played a significant role in the country and often acts as a kingmaker, has not been left out either.

Tshisekedi is aware of each group's interests and the influence they wield; that's why he is treading carefully lest he's written off by any of these groups.

Despite DRC's political and security challenges, a measles outbreak, and Ebola epidemic that has claimed two thousand lives since August 2018, President Felix Tshisekedi vowed to break the chains of corruption that have tied his country to perpetual poverty for decades and bring peace to the nation.

In October 2019, DRC's armed forces launched an offensive against rebel groups in the country's northeast. The FDLR, a Rwanda Hutu rebel group known for its massive abuses in North and South Kivu, is among such groups that have been weakened in the ongoing military action.

Thousands of FDLR dependents, including children and women, have been repatriated back to Rwanda, where they are undergoing a reintegration process. Fighters captured on battle frontlines have also been handed over to Rwandan authorities and are now on trial for genocide crimes and engaging in rebel activities. It is a step in the right direction, and for this, Tshisekedi earns political points.

He wants to end insecurity created by a myriad of marauding militias in DRC's northeast regions who are fighting for assorted reasons such as control of land and minerals like gold and cobalt.

When it comes to fighting corruption, though, Tshisekedi is yet to make significant strides, after publicly declaring that he would let judicial institutions do their job. But the desire to engage everyone and not expose those involved in corruption scandals is what exasperates civil society organizations.

Unlike Kabila, who spent much of his time at his country farm, riding vintage bikes and playing video games, Tshisekedi has met a flurry of officials and leaders from nations such as the US, France and former colonial power Belgium. Most recently, he met other heads of state at the UK-Africa Investment Summit. He has been to the Vatican, too, where he met with Pope Francis.

Tshisekedi made a crucial foreign policy in June 2019 when he paid homage to regional leaders from Rwanda, Burundi, Kenya and Tanzania to boost his chances of his country joining the East African Community. He knows very well the importance of engaging these leaders, particularly Rwanda's Paul Kagame, if DRC is to remain stable. For this, one can say that both Tshisekedi and Kagame get along well, at least for now.

Despite the improved international relations, however, Tshisekedi's detractors back home will continue to keep his every move under scrutiny - after all, the Congolese are known for political bickering wherever they are.

While meeting Congolese Diaspora in the UK, Tshisekedi dismissed allegations from the Archbishop of Kinshasa Cardinal Fridolin Ambongo of a purported plan to balkanize DRC. To Tshisekedi, the claims are a distraction being peddled by individuals for political gains.

Observers think these are attempts by opposition groups and Catholic clerics to undermine President Felix Tshisekedi's authority and his efforts to bring stability to the country. For now, It remains to be seen how the Tshisekedi presidency will succeed in imposing its brand, now that the government has been appointed and is operational. 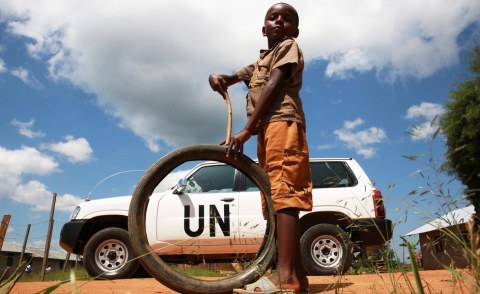