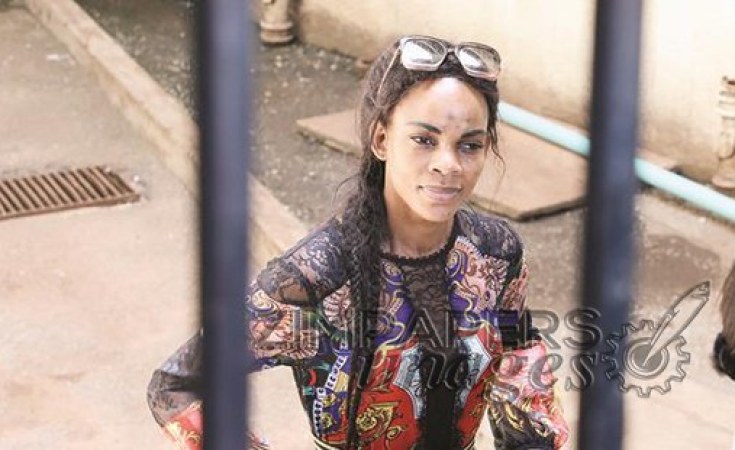 A thriving state-owned horticultural farm, Arda Seeds, which was seized in 2018 by Acting President Constantino Chiwenga and his now estranged wife Marry Mubaiwa using the military, is now at the centre of a fierce ownership wrangle, as the couple, currently locked in a nasty divorce, tussle in court over control of the property.

As exclusively revealed by the Zimbabwe Independent on April 13, 2018, the couple, then in blissful matrimony, grabbed the 300-hectare Arda Seeds farm along Domboshava Road, and converted it to an events-hosting property for private use.The farm was subsequently renamed Orchid Gardens by the Chiwengas.

At the time of the farm seizure, and following the revelations by this newspaper, lawyer Wilson Tatenda Manase of Manase and Manase Legal Practioners, acting on the instruction of Marry, sought to repudiate the Independent story, denying ever having grabbed the property and demanded an apology on the first page of the influential weekly, failure of which she would file a lawsuit.

Now, with the couple finalising their divorce proceedings, and with Marry facing a slew of charges ranging from externalising US$1,5 million to attempts of killing her want-away husband, the ex-model makes startling revelations as to how the former general unleashed the military to banish her from the property.

Marry, who was in remand prison during the Christmas holiday, was granted bail this month and is seeking custody rights over her three minor children, among other demands. In her court application filed by Mtetwa and Nyambirai law firm, Marry contends that Chiwenga, using the military under the command of Lieutenant-Colonel Regis Mangezi, barred her from entering Orchid Gardens, which she owns.

"On 8 January 2020, Applicant attended at her business premises in Domboshava, known as Orchid Gardens, a business she owns, and operates to the exclusion of the Respondent and four members of the armed forces under the command of a certain Lieutenant(Regis) Colonel Mangezi who barred her from entering or accessing the premises without lawful or just cause.

"Upon her insistence that she be allowed access and upon the soldiers at the premises making several calls, she was ultimately granted access, albeit under guard by the army. The applicant was barred from accessing Orchid Gardens on January 9, 2020 by armed members of the security forces," Marry's legal team averred.

However, in his opposing affidavit, the former general represented by lawyer Manase contends that he owns Orchid Gardens.He argues: "All premises owned by State authorities are protected by law. Those who do protect them are not directed by me but by commanders in their line of duty. So accessing premises at Orchid Gardens a place owned by myself would require some authority.

"No property was removed from the premises. This is a made up story. There is no proof that the property being alluded to was even there. No proof was proffered to that extent."

Countering the former general's claims in her answering affidavit, the ex-model argued that Orchid Gardens was not owned by the state, but jointly belonged to the couple.

She argued: "I deny the contents of this paragraph and state that Orchid Gardens is not owned by the State. If it was owned by the State why would the respondent claim that it be shared by the parties in equal shares in the pending matrimonial matters?

"The Respondent is not only being economic about the truth, but is taking this Honourable court for granted with these allegations."Marry also argued that the former Zimbabwe Defence Forces (ZDF) commander, by barring her from gaining entry into Orchid Gardens through the military, had shown a propensity to deploy the army when dealing with "perceived opponents." Chiwenga, as ZDF commander then, played an instrumental role in the military coup that toppled president Robert Mugabe in November 2017.

"He (Chiwenga) has proven that he can suborn the army when it suits him, and he can use them to deal with perceived opponents," Marry's legal counsel highlighted.

At the time of going to print, ZDF spokesperson Overson Mugwisi had not yet replied to inquiries on whose orders the military was deployed to Orchid Gardens.

The farm was established in 2002 by the Agricultural and Rural Development Authority (Arda), a state agency, to meet the country's growing demand for crop seed.

Before it was turned into a functions venue by the former glamour model, the farm, situated near Mverechena business centre, used to produce seed for a variety of crops, including ground nuts, maize, potatoes, wheat, sorghum, millet, soyabean and sunflower. It has, for instance, hosted the 2018 Miss Zimbabwe beauty pageant.

Land, Agriculture and Rural Settlements minister Perrance Shiri would not comment on the ownership of the state farm when he was contacted.When asked about the ownership of Arda Seeds farm, Arda chief executive Willard Mbona said: "Call me after an hour. I am in a meeting now."

This week, via WhatsApp messaging, he said: "Ownership rests with the land authority. It is not assumed as you advise."However, at the time the warring couple grabbed the farm, the then Arda chairperson Basil Nyabadza told this newspaper that the property was still in the hands of the state enterprise.

The ensuing acrimonious divorce has already lifted the lid on Chiwenga's vast assets, with Marry seeking control of luxury vehicles and plush property.

The former model is demanding US$40 000 per month as maintenance from the former general for her upkeep and a total of US$7 500 per month for her three children which she wants to be paid at the prevailing bank rate.

Similarly, when the ex-commander filed for divorce with his ex-wife Jocelyn in 2014, the veil was lifted on his empire, consisting of prime real estate and vast tracts of land.

Unfolding divorce proceedings at the time showed that most of the couple's properties were registered under the names of companies. The couple controlled Blue Chip Stamp Company (Pvt) Ltd, which owned a property at 5 Rosary Close, Quinnington, Borrowdale measuring 5 701 square metres.

In addition, the Chiwengas ran Hidcote Investment (Pvt) Ltd, which owns a property at 79 Follyjon Crescent measuring 4 955 square metres and Grandi Lodge Sixty One (Pvt) that has a house on a 1 692-square metres stand in Borrowdale Brooke.

They also owned Ouacker Investments, which has stand 103 Shawasha Hills residential estate; Yolsac Safaris (Pvt) Ltd that trades as Kazungula Wildlife Safaris; an apartment in Malaysia and a house at 9 Msasa Drive in Msasa Park; Dokson Investments which spearheaded operations at their farm in Goromonzi; stand 539 Borrowdale Brooke measuring 1 456 square metres; Dominicus Investments (Pvt); number 34 Lythan Drive in Glen Lorne and a vacant piece of land at Mermaids Pool, about 42 kilometres from Harare.

They also had many luxury vehicles, jewellery and other expensive property.The former general is now seeking an out-of-court settlement with Marry.