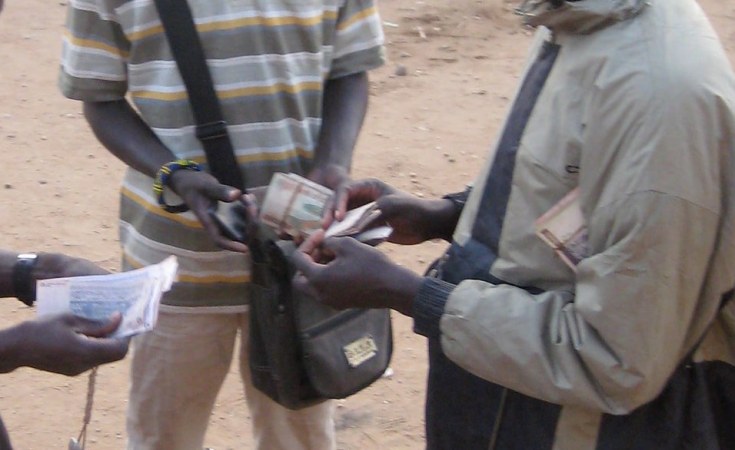 Officials in Sudan say a thriving black market is pushing the exchange rates beyond control, indicating how years of US sanctions has made it difficult to implement official rates.

The exchange rates on the parallel market was ranging at 96 Sudanese pounds per dollar, having floated at over 100 at the start of the week. This is nearly twice the official rate, which by Thursday was pegged at 45.33 per dollar.

And worried officials fighting to tame the situation say the Sudanese economy may struggle to cope as the cost of goods rises. Often, it is easier to find dollars in the black market and a higher demand for imports often raises the rate.

The dollar became more expensive last week despite the government relaunching gold exports, whose earnings were expected to lower the currency exchange rates and stabilise the Sudanese pound.

"We inherited tremendous economic challenges from the previous regime and an imbalance between foreign exchange and our national currency. That is why we are planning for a dialogue of all stakeholders to seek support for reforms," Sudanese Finance Minister Ibrahim Al-Badawi said, referring to the expected conference in Khartoum in March to discuss economic reforms. Those reforms may include subsidies as Prime Minister Abdalla Hamdok struggles to fill a budget deficit of $1.62 billion in this year's budget. Subsidies on bread, essential medicines and fuel; key planks of Omar al-Bashir's longevity in power, cost the government some $2.25 billion annually on fuel subsidies and another $365 million for wheat, according to the Finance Ministry.

To remove, retain or amend subsidies would form a discussion during the conference. But stakeholders may also need to discuss how to save the Sudanese pound, which in August was trading at 28 per dollar in official rates and 44 in the black market.

There have been calls to crackdown on the black market to raise revenues through gold sales by supporting gold dealing state-owned firms.

"The Ministry of Finance will, through open tenders, seek to provide foreign exchange for the importers of strategic goods and also for the inputs of production and commodities necessary for agriculture and the local industry, and we are really looking for a continuation, of this new policy," the Finance Minister said, indicating the initial focus will be to help companies involved in importing essential goods to lower their costs, hoping to pass the benefits down to consumers.

Despite the continued subsidies, the deteriorating economic conditions in the country, have manifested in higher inflation, reaching 57 per cent in December, higher costs of basic commodities and a weaker Sudanese pound.

Officials say the initial plan is to request the central bank to reduce borrowing from domestic markets, reduce the budget deficit and beat down a black market.

The Sudanese government has suffered from a scarcity of foreign exchange earnings, which began gradually since the secession of South Sudan in 2011, as the new country took most of the oil wells.

But the problem is older. Sudan remains under sanctions from the US over allegations of state sponsored terrorism, even though no known terrorist has been linked to Sudan since Osama bin Laden, the former leader of al-Qaeda, lived there more than 20 years ago. Those sanctions have made free inflow of dollars difficult as investors stay away. Last year, US lifted some of the economic sanctions but retained the terror tag, pending further reform.

Adel Ibrahim, Sudan Minister for Energy and Mining, said the government companies could add 3.5 tonnes of gold to boost foreign exchange earnings from their sales.

"In February this year, we have a targeted production of 2.1 tonnes. The Sudamin Company has two factories. One began mining two weeks ago and its produce is due to appear in the market in a few days. The second, whose installation is nearly complete, will start work at the beginning of February, " Mr Ibrahim said.

Reopened last year by the new government, the Finance Ministry estimates that proceeds from gold sales could reach $7 billion in 2020.

"At the very least the gold production will reach between 100 to 150 tonnes of gold from both private and state mining sector this year," he added.

"Its revenue will range between $5 and $7 billion, and this is a very big step for the traditional mining sector in the country."

But he did admit to the existence of "Obstacles to increase gold production, including breakdowns in the Khartoum gold refinery, in addition to the smuggling and storage of gold, and the not-so-lucrative prices of Dubai International market to buy gold from the civil mining sector."

Observers have accused the government of slaking on urgent solution including handling the sensitive issue of subsidies.

Tarig Othman, a political analyst in Khartoum told The EastAfrican the government has been reluctant to introduce economic policies that would address the economic deterioration, probably because it doesn't want to anger the public so soon after coming to power.

"It seems that this hesitation is the result of public pressure, the government fears of the public reaction to any decisions that can be taken," he said.