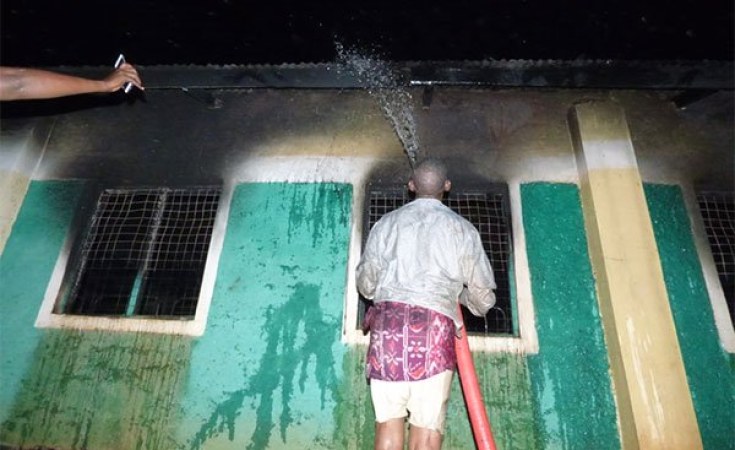 A dormitory at Moi Girls Secondary School in Mandera went up in flames Sunday night, coming just two weeks after another fire broke out at the institution.

Three students have reportedly been injured following the inferno. The three have been rushed to Mandera county referral hospital for treatment.

Kenya Red Cross Society said the fire affected a dormitory at the school.

"No casualties have been reported as fire is put out," KRCS said on its official Twitter handle.

The Sunday night fire broke out at around 8 pm, according to officials.

Sources have revealed to the Nation that following the inferno, two police reservists guarding the school and two teachers who were on duty were arrested.

"Those who have been arrested have been asked to give report about the incident," said the source.

Another dormitory was torched at the institution on January 14.