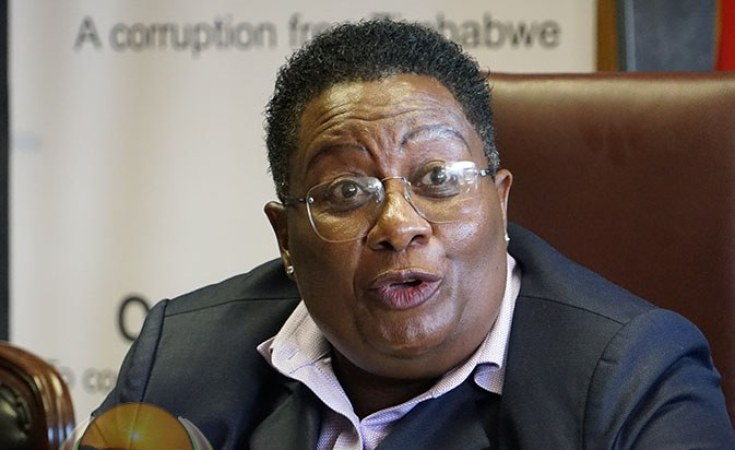 The Zimbabwe Anti-Corruption Commission (ZACC) is being frustrated by the "catch and release" syndrome that has become of Zimbabwe's farcical anti-corruption fight under the Zanu PF led government.

These are sentiments made by ZACC chairperson Loice Matanda-Moyo while addressing stakeholders at a recent Transparency International Zimbabwe (TIZ) Corruption Perceptions Index Results launch in Harare.

"The current Commission has been in office for less than 12 months but now I can assure you, we tried our best to rejuvenate and give clout to ZACC as an institution.

"As you know, our law currently is that the National Prosecuting Authority is the one which must take these matters to court, but we are again trying to rope in the Attorney General's office to do that work so that we make progress in that area."

This comes after many corruption related arrests involving top ranking Zanu PF and government officials are not going anywhere close to prosecution, let alone conviction and jail, igniting claims Zimbabwean rulers were interfering with court processes to protect their cronies.

Added the High Court judge, "I am happy that the parliamentarians are here and will assist in coming up with a necessary legal framework in the fight against corruption, especially again the Whistle blowers' Protection Act.

"The Commission is also rolling out public education and prevention programmes nationwide.

"ZACC can boldly assure you that the dragnet will continue until there is positive behavioural change towards anti-corruption among the public in the country.

"... I sincerely hope that the commission's efforts over the eight or so months should have registered some positive impact in curbing corruption in Zimbabwe.

"We will continue in our efforts until Zimbabwe improves on its global perception index to the level that makes it easier to receive direct foreign investment which will in fact breathe life into our struggling industries."

Corruption Fight Not for Faint-Hearted - Malaba