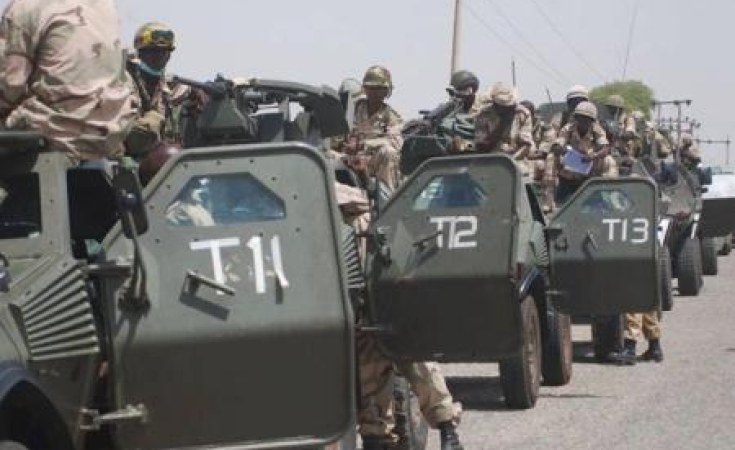 Abuja — President Muhammadu Buhari at the weekend ordered the deployment of air fighter aircraft to support the efforts of troops and policemen combating the activities of bandits, kidnappers and cattle rustlers terrorising remote communities around Dogon Gona forest in Niger State.

The deployment, the presidency disclosed last night, will take-off this week as the harmattan dust gradually eases off in the sky, to provide effective air attacks against the activities of the criminals.

According to a statement by presidential spokesman, Malam Garba Shehu, Buhari described repeated attacks which have claimed several lives in the communities "as a disaster for the nation."

Consequently, he said he was authorising the deployment of air power to support troops and policemen deployed to the "difficult terrain," to counter the menace of the attackers operating in the forest area bordering Kaduna, Niger and Zamfara States.

"In line with this directive, the Nigerian Air Force is setting up refuelling facilities at Minna, Niger State to support the aircraft operations, giving assurances that given the improved weather conditions, a major exercise to 'visually acquire targets' and launch attacks will soon follow," the statement said.

The statement said the Niger State Police Command had equally given assurances that the planned dedicated air raids to complement the police helicopter gunship operations remained the best approach in view of lack of motorised roads in the areas constantly under attack.

Buhari commiserated with the government and people of Niger State over the attacks and consequent loss of lives, assuring them that victim communities in the state would not be abandoned by the rest of the country.

Rising attacks on some parts of Niger State by armed bandits had received the attention of the presidency, which had invited some stakeholders led by the state governor, Alhaji Sani Bello, to a meeting tomorrow to discuss the security challenges in the state.

THISDAY had gathered that the meeting was a fallout of Saturday's invasion of some part of Shiroro Local Government Area of the state by bandits, which claimed no fewer than 11 lives with several others sustaining serious injuries.

The presidency was said to have responded to the Save Our Soul (SOS) message sent to President Muhammadu Buhari over the attack by Senator Mohammed Musa representing Niger East Senatorial District where the killings took place on Saturday morning.

Others invited to the meeting scheduled for the State House, Aso Rock, include all the 13 lawmakers representing Niger State in the National Assembly who are members of the ruling All Progressives Congress (APC).

Multiple sources told THISDAY that the service chiefs as well as the Inspector-General of Police have also been invited to the meeting expected to find a lasting solution to the menace of armed banditry attack not only in Niger state but in other parts of the country.

It was further gathered that by yesterday morning normalcy had returned to Kudodo, Galapai, Dnakpala, Makera and Dnalagwa villages in Shiroro LGA of the state where the attacks were carried out with soldiers already drafted to the area as well as adjoining villages to maintain law and order.

Musa, had at the weekend raised the alarm over armed bandits invasion of his Niger East Senatorial district resulting in the killing of scores of his constituents.

In the process, he sent a Save Our Soul (SOS) message to Buhari to come to the aid of thousands of people now rendered homeless by the attack on Saturday morning.

The senator had on Saturday evening disclosed that "residents of Shiroro Local Government Area in Niger State came under heavy attacks this morning when armed bandits in numbers invaded the villages of Kudodo, Galapai, Dnakpala, Makera and Dnalagwa killing scores, raping and abducting people.

"In what seems to be coordinated attacks, adjoining villages like Amale, Tunga and Adunu were not spared, as the bandits left on their heels more deaths, destruction and abduction".

The senator expressed concern over the helpless situation in his constituency.

"My people are under siege, innocent families have been displaced, killed, raped, kidnapped and community members straddled in a state of despair. As the attacks continued more villagers in my constituency are awaiting their fate as no sign of succour comes their way. It is confirmed that the bandits are attacking all through the night to this afternoon and most communities are in grave danger.

"For months now, most local governments in Niger East have been under the menacing grip of bandits with no succour in sight. We are again calling on Mr President and all the security chiefs to come to our aid without further delay as the people risk continued attacks from these ungodly killers", he said.

Musa also called on the National Emergency Management Agency (NEMA) and other relevant authorities to respond to the plight of "my people who are helplessly in state of fear and despair".

War of Words Erupts Over Nigerian Service Chiefs, Insecurity
Tagged:
Copyright © 2020 This Day. All rights reserved. Distributed by AllAfrica Global Media (allAfrica.com). To contact the copyright holder directly for corrections — or for permission to republish or make other authorized use of this material, click here.