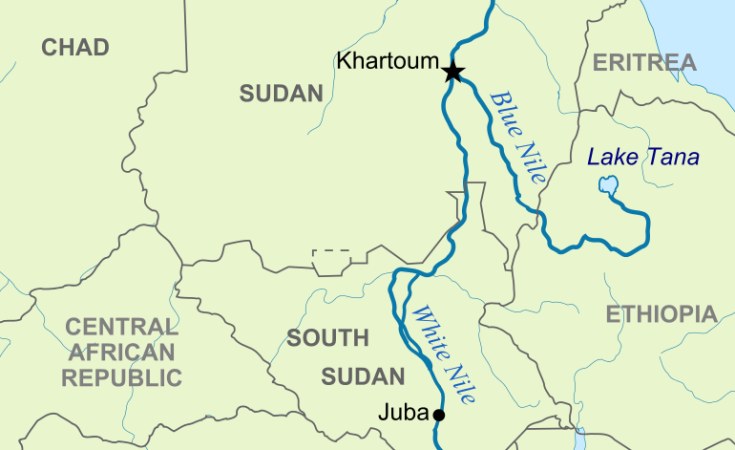 Ethiopia, Sudan and Egypt are a step closer to resolving their disputes over the filling and operation of the Grand Ethiopian Renaissance Dam. The dam - a huge project on one of the River Nile's main tributaries, the Blue Nile in Ethiopia - is designed to generate 6,000 megawatts of electricity. Its reservoir can hold more than 70 billion cubic metres of water. That's nearly equal to half of the Nile's annual flow.

Filling the immense reservoir will diminish the flow of the Nile water.

Tensions have been particularly acute between Egypt and Ethiopia because more than 80% of the water reaching Egypt comes from the Blue Nile.

Despite decades of concerted effort, no comprehensive deal between all 11 countries that share the Nile's river basin has ever been reached. But, after rigorous discussions in the US, Ethiopia, Egypt and Sudan issued a joint statement that lays the framework for a final agreement. The three countries agreed that the dam would be filled in stages, and that it would only take place in the wet season.

The framework also underscored the need for any agreement to be open to changes. This is important because the three countries must consider changes in weather patterns, among other factors, while developing the final draft.

Instead of allocating the Nile waters based on the assumption of a fixed, and often too optimistic, perpetual water supply, Ethiopia, Sudan, and Egypt should do it in accordance with the social, economic and changing weather conditions in the Nile basin.

This is extremely important as existing studies and climate change models commonly predict potential changes in weather patterns and temperature.

Studies suggest that there is likely to be an increase in the basin's average annual temperature. This would lead to greater loss of water due to evaporation. Changes are also expected in the future rainfall, river flow and water availability in the Nile Basin, although there's less certainty about these.

But there's enough evidence to point to the need for flexibility around agreements on how the dam will be filled. For example, there must be allowances to respond to scenarios of increased water availability and flooding, or water scarcity and drought.

Flexibility in watercourse treaties, due to the unknown effects of climate change, has been recommended by leading scholars in the field such as Stephen McCaffrey and Itay Fischhendler.

Drought provisions are a common way to improve the flexibility of treaties. Ethiopia, Sudan and Egypt can include special provisions that allow for exceptional circumstances, like severe drought.

To deal with the hardships of the projected extreme drought years, the three countries will need to build more reservoirs and storage capacity. But given the tension the dam has caused, finding agreement on this is likely to be challenging. This is all the more reason to include specific clauses in the treaty about storage.

There should also be flexibility in how much water is allocated, instead of a fixed amount. There are a couple of ways this can be achieved.

A simple way is to require Ethiopia to deliver a minimum flow to Sudan and Egypt to maintain human health and basic ecological functions.

The other option would be a percentage allocation. This would share possible water deficiencies, and surplus, proportionally among the three countries. Each country would get its agreed share of the total in a given year.

This would be the better option because it would respond to both wet and dry conditions.

To make the treaty flexible, it's also important to provide for amendments and reviews of processes. In this way countries could address unforeseen circumstances.

For instance, Ethiopia promised, under the joint statement, that it will fill the dam's reservoir during the wet season, generally from July to September. But the wet and dry seasons could change.

The treaty can establish what might "trigger" adjustments or have set times for when a review should occur.

It must also have a termination clause which allows any riparian state to terminate the agreement, with a notice period.

Managing water across boundaries needs river basin organisations. These are entities entrusted to manage water resources at the basin scale. They're important because they can help introduce a level of flexibility in the arrangements between the riparian states.

A good example of how this can be done is the role played by a river basin organisation charged with applying the 1944 Colorado Treaty. The organisation was composed of an engineer commissioner from both parties - the US and Mexico - and was able to adapt, amend and extend institutional arrangements, including the main treaty.

In the case of the Nile basin, Ethiopia, Sudan and Egypt have two options.

They can establish a joint body in the treaty that will manage the operations of dams in their respective countries. But this would exclude the other eight Nile riparian countries.

The other, and arguably better, option is to manage all dams through the Nile Basin Commission - an organisation envisaged in the Cooperative Framework Agreement. This was an attempt by riparian states to prepare a basin-wide framework to regulate the inter-state use and management of the Nile River. All the Nile basin states except Egypt and Sudan agreed to it.

This organisation has a wide range of powers, which include the ability to examine and decide how water is best used and distributed. Egypt and Sudan must accede to the framework agreement. And the treaty must empower the body to manage the filling and operation of the dams and reservoirs in the three countries.