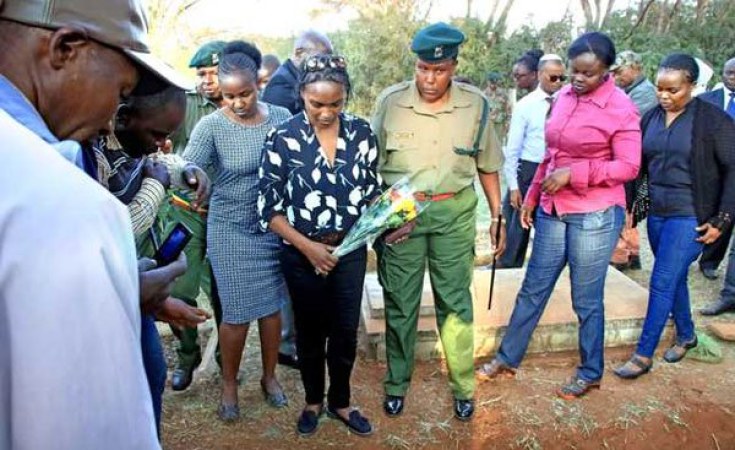 Nairobi — Sarah Wairimu, who is out on bond on charges of murdering her tycoon husband Tob Cohen, was finally allowed to retrieve some of her belongings from her matrimonial home in the posh Kitisuru estate, in Nairobi following a court order issued two weeks ago.

Accompanied by her lawyer Philip Murgor, Wairimu, was supervised by detectives from the Directorate of Criminal Investigations (DCI) as ordered on January 16 by Justice Stella Mutuku.

"Thank you so much," she told journalists at the end of the exercise, "it has been a wonderful day, and may God bless you."

It was the first time Wairimu, who is out on a Sh2 million bond, was stepping in the compound she called home for 20 years, nearly 6 months after detectives took over and declared it a crime scene on September 13, when the decomposing body of Cohen was found in an underground water tank. Wairimu had reported him missing in July 2019.

A court order allowed her to take her clothes, makeups and other items "that she requires, to be comfortable."

The entire exercise was filmed by detectives to document proof of the items she picked.

"Having lived in this house for 20 years, she has a lot of items. She has only taken a few," her lawyer Philip Murgor said. The luggage consisting of briefcases and other wrappings were then loaded onto a waiting lorry.

Murgor has indicated that her client intends to seek full custodial orders of the house.

The compound that is guarded by police, was largely deserted, with outgrowing flowers and grass in the parking lot, betraying the once well-manicured compound it was during the couple's happier days.