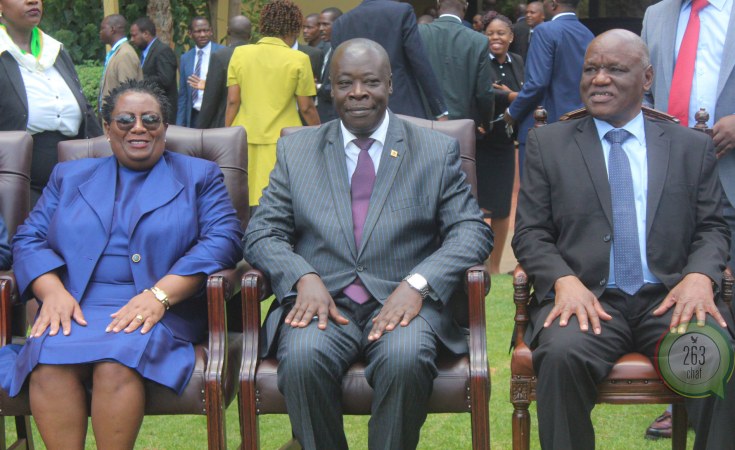 Stakeholders involved in the fight against corruption have bemoaned the worrisome levels of corruption in the country and sophisticated methods being used by criminals to evade arrest.

This came out during a week long training workshop organised by the Judicial Service Commission in conjunction with the International court of Jurists.

"We feel guilty when the administration of justice fails to handle matters because it comes back to bite us when the criminals start to mock us, calling us weak," he said.

Justice Malaba bemoaned the number of corruption cases withdrawn before the courts, saying new skills are needed to match sophisticated ways being used by criminals to evade prosecution.

"We need to sharpen skills so that we investigate, prosecute and adjudicate towards a common goal that is eradicate corruption," he said.

Speaking at the same event, ZACC chairperson Loice Matanda-Moyo said the catch and release syndrome against corruption has to end.

"This joint is very welcome so that we sharpen our skills to handle corruption cases and this catch and release syndrome has to come to an end," said Justice Matanda-Moyo.

Prosecutor General Kumbirai Hodzi who also graced the occasion said corruption in Zimbabwe called for immediate action as it had reached alarming levels.

"We can not allow the status quo, this has been there for the past 37 years it is a threat to national security and the social order and we must therefore adopt extraordinary measures," said Hodzi.

Ruling Party Youths Demand Arrest of 'Corrupt' Mnangagwa Ally
Tagged:
Copyright © 2020 263Chat. All rights reserved. Distributed by AllAfrica Global Media (allAfrica.com). To contact the copyright holder directly for corrections — or for permission to republish or make other authorized use of this material, click here.