Congo-Kinshasa: World Economic Forum - Did Congolese Delegates Do a Runner? 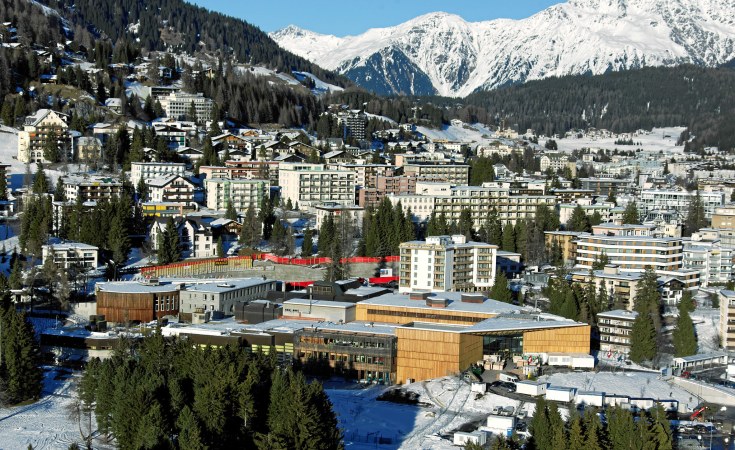 Two Swiss hoteliers have accused WEF delegates from the Democratic Republic of Congo of not paying their bills in Davos. Kinshasa has issued neither an official comment nor a denial.

Felix Tshisekedi's visit to the World Economic Forum (WEF) in Davos last week was meant to generate positive headlines about the Democratic Republic of Congo (DRC).

After a year in office, the president wanted to report on successful vaccination campaigns against Ebola, highlight his domestic reform plans and ask for international support for his government. Current reports circulating in Swiss media about the Congolese WEF delegation are probably not what he had envisioned.

Some members of the Congolese delegation were accused of skipping the bill at two hotels in the municipality of Arosa, one-and-a-half hour's drive from Davos. They allegedly bilked the hoteliers out of about €10,000 ($12,000) for booked rooms. This, at least, is what the operators of the two hotels -- Marco Bühler of the Hotel Chamanna and Hansjörg Oliveira da Cruz of the Hotel Bellevue -- claim.

According to the hoteliers, they received binding reservation requests for several rooms from representatives of the Congolese Embassy in Berne via an online booking site, a few days before the start of the economic summit. Right away there were problems with the mandatory deposit. "As usual, I tried to charge part of the total costs to the credit card," Oliveira da Cruz told DW. "Then I noticed that the credit card was invalid, meaning that false information was given."

'No shadow of a doubt'

The hoteliers then tried but failed to contact the high-ranking Congolese delegation through the online platform and the DRC embassy in Bern. "That's when I thought this whole thing wasn't going to work out," Marco Bühler said. But on the Sunday before the start of the World Economic Forum, two Congolese gentlemen unexpectedly turned up in Arosa to inspect the hotel rooms booked for the delegation.

They introduced themselves as employees of the Congolese consulate in Geneva and confirmed the reservations, but still did not make the down payments due. Nevertheless, Bühler never doubted the seriousness of their intentions. "We are talking about a government, not about any private individuals." But just to be on the safe side, he made a copy of one of the Congolese's ID card.

No money to pay for the rooms

When parts of the Congolese WEF delegation finally arrived in Arosa on Tuesday evening, there was some confusion. "The gentleman who had booked the rooms said that the delegates should pay for them themselves. I accepted this on condition that he would be liable for all unpaid rooms," Bühler said. But the next day, the booker told him that he would not pay, because he simply had no money.

Something similar happened at the Hotel Bellevue, according to Oliveira da Cruz. Much to the delegates' surprise, upon arriving on Tuesday evening, they were told that they would have to settle their bills themselves. "They then collected all the money they had and were thus able to pay for a night," said da Cruz. A second group of delegates, who arrived late at night, had no money with them. They left the hotel after the manager called the police.

According to the hoteliers, the outstanding invoices amount to around €3,300 at the Hotel Chamanna and €5,700 at the Bellevue. Marco Bühler believes he knows who is at fault: "The culprits are those who organized this. These two guys who work for the embassy and who didn't pay. The delegates didn't know the first thing about it."

Reactions from the RDC

Oliveira da Cruz said he almost felt sorry for the Congolese delegates. "Imagine coming to Switzerland, where people were supposed to have organized everything, but then you arrive at a hotel at 9 p.m. and you are told that you have to pay for the room yourself."

Meanwhile, the official Congolese reaction seems to be that the hotels only have themselves to blame. The president's spokesperson, Kasongo Mwema Yamba Y'amba, shared a tweet by his deputy, Tina Salama, which read: "What reputable hotel in Europe would accept a visitor if the check-in fee had not been paid?" She didn't provide an official denial of the accusations but cast doubts on the credibility of Swiss media reporting on the events.

Faced with the accusation that Congolese delegates did a runner, Peter Kazadi, a member of parliament for the Congolese ruling party UDPS, rejected the claims of the Swiss hoteliers: "This is completely wrong. Not a single member of the delegation didn't pay his bill," he told DW. What happened was that some booked rooms were not taken up, Kazadi maintained.

Could it all be a big misunderstanding? "In case of no-shows or late arrivals, the total amount is due, according to the hotel's guidelines," Oliveira da Cruz explained. The two hoteliers still have some hope. They are in contact with representatives of the World Economic Forum and the Congolese Embassy in Berne. "We have learned from this," said Marco Bühler. Despite everything, he said he would still take in guests from the RDC next time.