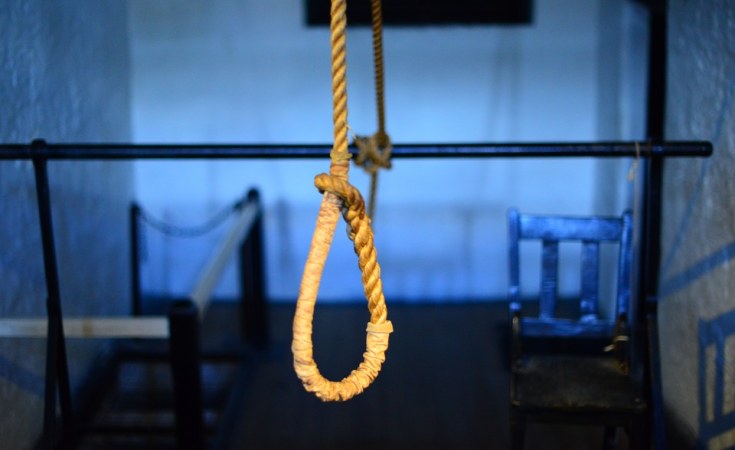 Abuja — Mrs. Maryam Sanda, who was on Monday sentenced to death by hanging for killing her husband, will appeal the judgment, a member of his legal team has told THISDAY.

Justice Yusuf Halilu of the High Court of the Federal Capital Territory (FCT) had given her the maximum sentence for killing her husband, Mr. Bilyaminu Bello.

However, some women and civil rights activists have condemned the death penalty, describing it as unacceptable.

But another activist and co-convener of #BringBackOurGirls (BBOG) movement, Mrs. Aisha Yesufu, welcomed the death penalty, saying that it was not only an adequate punishment but also that justice had been served in the case.

The federal government had arraigned her on a two-count charge bordering on murder.

In the judgment delivered, the trial judge held that there was circumstantial evidence coupled with the defendant's testimony and statement to the police that she "fatally" stabbed her husband to death in Abuja on November 19, 2017.

The judge while stating that the offence for which the defendant was convicted was based on Section 221 of the Penal Code imposed the maximum sentence.

"It has been said that thou shall not kill. Whoever kills in cold blood shall die in cold blood," the judge said, adding: "Maryam Sanda should reap what she has sown. It is blood for blood."

However, reacting to the judgment yesterday, one of the lawyers, who spoke off the record, said they would go on appeal against the judgment.

"She has a constitutional right of appeal and definitely she has to exercise it," he said, adding: "We will definitely appeal the judgment."

Sanda killed her husband on November 19, 2017, through multiple stabbing.

She was arraigned alongside three other persons, including her mother and brother.

However, the others were discharged because the prosecution was unable to link them to the charges.

The late Bello is a son of a former national chairman of the Peoples Democratic Party (PDP), Alhaji Haliru Bello.

Some women and civil rights activists have condemned the death penalty given to Sanda, describing it as unacceptable.

In a WhatsApp conversation with THISDAY, an activist and Director of Women Advocates Research and Documentation Centre, Mrs. Abiola Akiyode-Afolabi, condemned the court's ruling.

Though she agreed that anyone found guilty of such conduct should be punished, she said death penalty was condemnable.

She said: "It's a very unfortunate situation, killing of a spouse whether a man or woman is condemnable and anyone found guilty of such conduct should be punished, as deterrence.

The society should have zero tolerance to gender-based violence. "However, death penalty is condemnable. I think maximum sentence in this instance is not the option given the background of the offence. The society should shift from the culture of death penalty; it is no longer acceptable, it has not served the purpose it was meant in the society."

Corroborating Akiyode-Afolabi's comment, human rights lawyer and Director of Citizens Advocacy for Social and Economic Rights (CASER), Mr. Frank Tietie, said Sanda should not have been given the maximum punishment.

Tietie in a phone conversation with THISDAY hinged his claim on the possibility of defendant being mentally unstable during the time the crime was committed and the defence team not doing enough to explore all the possible defences available to the woman.

He added that Nigeria must move beyond being a retentionist country in these modern times and realise that death penalty does not solve problems.

According to him, "Mental incapacity is something that should have been brought to the court and with the use of expert witness to prove that she's not mentally capable of organising herself in such a state of frustration.

"Firstly, for someone to want to kill her husband is an expression of abnormality; it's not quite natural. I suspect that her mental health was something to be questioned, which should have been brought before the court. If to argue that the woman did not do it, it's a different thing but to say that she did it, her mind set was not in control of her mental faculty as at the time she did it because of the marital trauma she must have been exposed to which was prolonged and eventually led to pent-up anger and she was also left unattended to by relatives and friends."

He expressed optimism that Sanda has a window for appeal both at the Court of Appeal and Supreme Court.

He said: "It's my hope that some new pieces of evidence will be introduced.

"Even by law, death penalty is barbaric; Oscar Pistorius wasn't given maximum sentence not to talk about this kind of culpable homicide that was done based on crime of passion. What led her to committing those crimes should have been brought to the court."

But activist and co-convener of #BringBackOurGirls, Yesufu, believed that justice was served.

She, however, tasked the judiciary to also apply the same energy in ensuring that everyone gets justice regardless of one's status or gender.

She said: "For me basically the case is simple. Maryam Sanda was found guilty of killing her husband and of course justice has been served. My take out from this is that if the Nigerian judiciary system can be very strict in ensuring that people get justice, a lot of things that happen in Nigeria, we wouldn't see them happening.

"People won't have any reason to take the laws into their hands and feel that they can do anything and get away with it. No matter who you are, you have to pay for your crimes no matter your gender, age or status. It's all a tragic ending for the families involved but it's what it is, justice has been served." 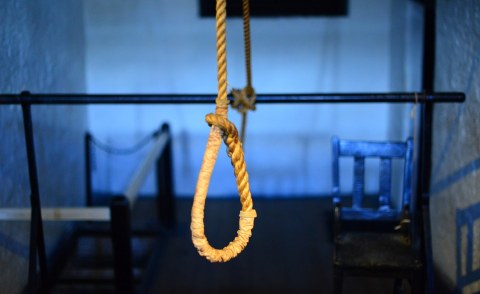 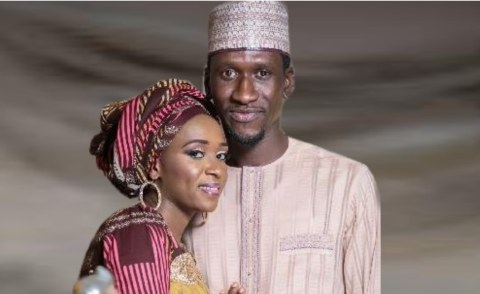 No Bail for Alleged Killer of Former Lawmaker's Son in Nigeria

Nigeria: Arrest as Son of Former Ruling Party Chairman Murdered
Tagged:
Copyright © 2020 This Day. All rights reserved. Distributed by AllAfrica Global Media (allAfrica.com). To contact the copyright holder directly for corrections — or for permission to republish or make other authorized use of this material, click here.