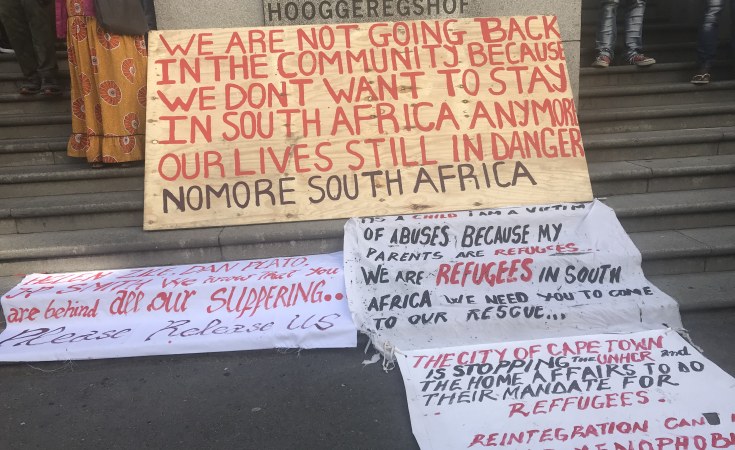 The Cape Town refugee crisis remains unresolved. Acting Judge Daniel Thulare will decide on February 17 whether the City can effectively evict refugees from Greenmarket Square where they've been living for nearly three months.

The interdict case between the City of Cape Town and refugees living at the Central Methodist Mission resumed at the Western Cape High Court on Tuesday 28 January, after it was postponed on Wednesday last week.

The City, represented by advocate Con Joubert, proposed an "interim arrangement" where refugees would be transported via minibus taxi to a site in Salt River, where Department of Home Affairs officials could conduct status determination and verify documents for the 600-plus refugees living at the church.

This would take place over seven days, after which the City wants to enforce its by-laws.

This comes after the City was tasked, in 2019, with providing the refugees with temporary alternative accommodation to allow Home Affairs to conduct the verification process.

The City said it had no housing available.

Joubert reiterated to the court that temporary accommodation would not be made available to the refugees as they "were not homeless" and did not qualify for emergency housing.

"The respondents did not file affidavits,...

'No Place to Go' - Cape Town Court Rules Against Church Refugees
Tagged:
Copyright © 2020 Daily Maverick. All rights reserved. Distributed by AllAfrica Global Media (allAfrica.com). To contact the copyright holder directly for corrections — or for permission to republish or make other authorized use of this material, click here.