Ghana: Are Ghanaians Ready to Take Advantage of the New Right to Information Law? 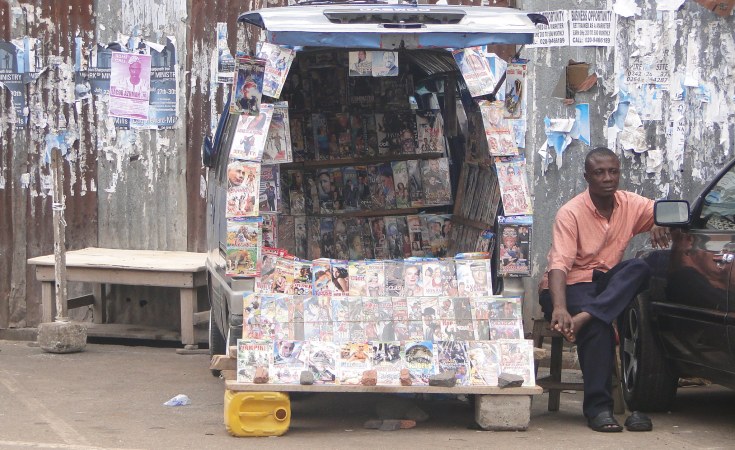 After more than 20 years of considerable legislative maneuvering and exhaustive political scrutiny, Ghana's right to information (RTI) law has come into effect. But some citizens say it doesn't go far enough.

The new law, in effect since January 1, restricts access to some information at the country's presidency and exempts information relating to some government institutions, which critics say fly in the face of transparency.

"The problem with this country is that people are averse to releasing information, especially public officials," said editor of the Finder Newspaper and member of the Media Coalition for RTI, a pressure group that campaigned for the passage of the law.

"The regime of exceptions in the bill leaves much to be desired," the Centre for Law and Democracy noted in its analysis of the bill. According to the civil society organization, while there are legitimate interests to be protected, many of the exemptions go beyond what is permitted under international law.

Privileged information, disclosure of personal matter and disclosure for the protection of public interest are also restricted from public consumption.

Access to information laws are expected to empower individuals and civil society to understand the policies with which the public administration and legislators make decisions relating to health, education, trade and infrastructure and the objective basis for such decisions.

Although more half of African countries have adopted access to information legislation, slow or ineffective implementation of such laws remains a challenge, the State of Right to Information in Africa Report 2017 reveals.

Civil society organizations say that most African governments have failed to establish well-defined legal provisions for exceptions, lack sufficient requirements for public education, and have done little or almost nothing to advance on implementation.

For many journalists and anti-corruption campaigners as the country begins the implementation of the RTI law, there are concerns that the some provisions in the law could be used as a backdoor exception to grant the state broad discretion to decide when information is deemed to be confidential.

Did Ghana even need the RTI law?

"If you look at the constitution of Ghana we don't even need the Right to Information law for journalists to access information that is in the public interest," said Emmanuel K Dogbevi of NewsBridge Africa, a local media advocacy organization.

Ghana's constitution guarantees every person the right to information and this was evident in a 2016 High Court ruling ordering the state to disclose some documents, even when the current freedom of information framework was not in force.

The documents were about a contentious "bloated" contract to brand buses with photos of current and past presidents, which led to the resignation of then transport minister, Dzifa Attivor, and a refund of the 3.6 million cedis (€586,000) excess payment for the project.

However, Ghana has now joined 22 other African countries that have developed and adopted access to information legal frameworks and are implementing measures to guarantee this fundamental right.

The access to information laws are expected to empower individuals and civil society to understand the policies with which the public administration and legislators make decisions relating to health, education, trade and infrastructure and the objective basis for such decisions.

However, restrictive interpretations of RTI laws, exceptionally high rates of deemed refusals, or failures to respond, and low levels of guidance and support for implementing officials have been identified as bottlenecks and challenges hindering the effective implementation of RTI laws across Africa.

This is essential to overcome problems with pre-existing and overly broad secrecy laws, such as Ghana's State Secrets Act, 1962 (Act 101).

"It is an irony, this is supposed to be a law that allows for information flow but generally people don't have information on the law so you can't really say they are going to take advantage of it," said Umaru Sanda Amadu, a multimedia journalist with Citi FM/Citi TV.

The Media Coalition for RTI has noted that a large section of journalists in the country have yet to receive training on how to effectively use the law and might not really understanding its intricacies.

There are critical concerns about how well both citizens and the media know the law and how informed government functionaries are with regards to their obligations under the law.

"We believe that there is the need for some urgent capacity building for most journalists to have a grasp of how the law can be applied," according to the Media Coalition for RTI.

Meanwhile, the government has yet to set up structures -- such as an appeals information commission or ombudsman -- to facilitate the processes for review in case of the refusal of an information request.

"The board is not a prerequisite for you applying for information, you can apply now and if you are displeased by the response within a 14-day period, your next level of resort is the head of the institution, Information Minister Kojo Oppong Nkrumah said on radio.

"And if again you are displeased with the response then you can apply to the RTI commission. We have completed the processes for the role out of the commission itself, we are just awaiting the date fort he formal inauguration."