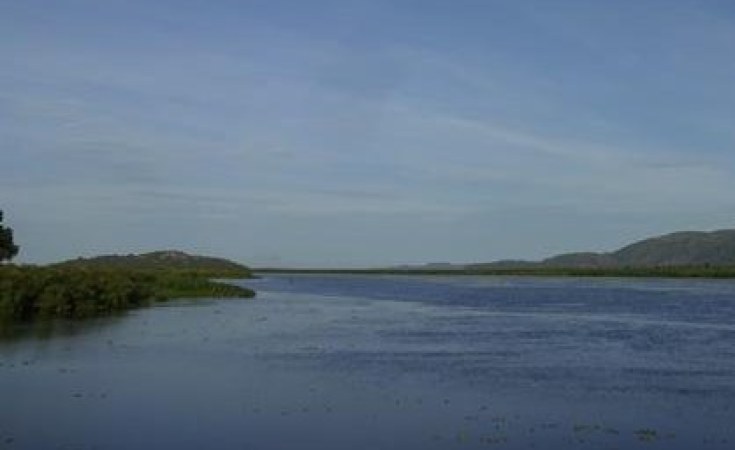 Authorities and residents in South Sudan's Eastern Lakes and Jonglei states say, as security has improved along the River Nile, fishing activities have resumed and locals are once again using the Nile as a regular mode of transportation. Two months ago, several people were killed on the disputed island of Cuet-Akwet after clashes erupted between rival communities.

Twenty-eight year-old Teng Buol said Thursday he resumed fishing on the Nile after staying away for about a month due to the threat of violence. Buol said he now travels regularly to Cuet-Akwet in his canoe and catches plenty of fish which he later sells in Bor town. "

We used our nets to catch fish from the Nile but there were some areas that we used not to access because of insecurity. And those areas have more fish including tilapia, catfish and Nile perch. In the last few days, my friends and I could fill our canoe with fish," Buol told South Sudan in Focus.

Motorboat operator 35-year old John Tai, who often moves between Bentiu, Bor and Juba, said the presence of government soldiers on the disputed island makes it safe once again to travel along the Nile.

"We want the transport route along the Nile to be clean so that nobody touches another. If the government has decided like it has done then we have no problem. We can now do our business without fear of being robbed along the Nile like what happened in past years," Tai told South Sudan in Focus.

There is no more doubt or complaints. Nobody's money has been robbed.   Traders take their goods to Malakal, Renk and other areas; they are now willing to travel," Thongbor told South Sudan in Focus.

Organized forces have been dispatched to the River Nile and they have already arrived to the areas of Joor-wach, Cuet-Akwet, Lietbuoi and their base will be in Shambe. All those areas are now in the control of the national government. Definitely the security situation is normal and the boats [are] moving freely up to the border of South Sudan with the Sudan," Awuok told South Sudan in Focus.

Major General Lul Ruai Koang, spokesman for the South Sudan People's Defense Force, said a large number of security forces were dispatched to the island to maintain law and order."

That one now is a federal territory and they must be there to maintain peace and order until administrative solution is found to this disputes so that these communities who have been fighting over it are convinced about who owns what part of that island," Koang told Sout Sudan in Focus.

It is not clear when an administrative solution will be found to determine whether Sudan or South Sudan owns the island of Cuet-Akwet.