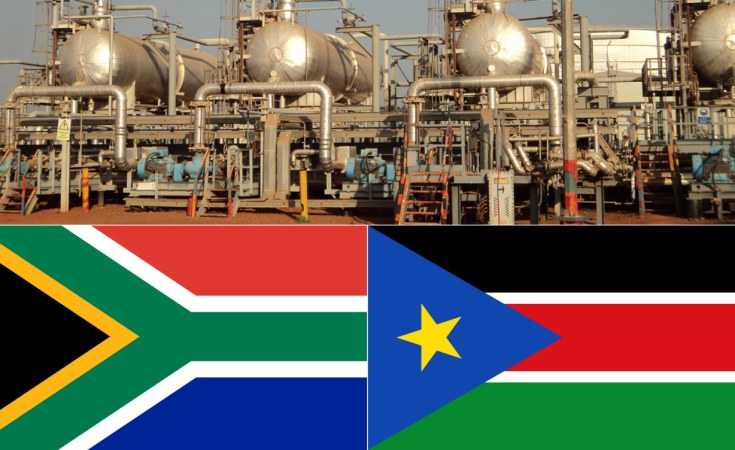 The President of the Republic of South Sudan, His Excellency, Gen Salva Kiir Mayardit is currently on a Working Visit to South Africa.

The Working Visit will afford President Mayardit an opportunity to pay a courtesy call to President Ramaphosa where they will engage on bilateral and regional issues.

The bilateral relations between the two countries are conducted under the General Cooperation Agreement of 21 September 2011, which entails the following areas of cooperation:

The working visit will also afford the two leaders an opportunity to discuss the progress made thus far in relation to the implementation of the Revitalised-Agreement on the Resolution of Conflict in the Republic of South Sudan (R-ARCSS).

In this context, Deputy President David Mabuza, in his capacity as the Special Envoy of President Ramaphosa to the Republic of South Sudan, has been co-facilitating a series of meetings of the Parties to the Revitalised-Agreement on the Resolution of Conflict in the Republic of South Sudan (R-ARCSS) in conjunction with the Intergovernmental Authority on Development (IGAD).

The focus of these consultative meetings has largely been on the resolution of the number of states and their boundaries, as one of sticking points towards the formation of the Revitalised Transitional Government of National Unity (RTGoNU).

South Africa will continue to support and remains committed to the South Sudanese Peace Process in its entirety, and stands in solidarity with the people of South Sudan in their quest to ultimately find lasting peace. South Africa will continue to encourage all relevant stakeholders to adhere to all the pre-transitional requirements and fully implement the Revitalised-Agreement on the Resolution of Conflict in the Republic of South Sudan (R-ARCSS). South Africa remains confident that the Parties will find common ground to form the Revitalised Government of National Unity.

Salva Kiir Off to South Africa for Talks With Ramaphosa

UN Blames Kenya, Uganda for South Sudan Stalemate
Tagged:
Copyright © 2020 The Presidency of the Republic of South Africa. All rights reserved. Distributed by AllAfrica Global Media (allAfrica.com). To contact the copyright holder directly for corrections — or for permission to republish or make other authorized use of this material, click here.

Gold Theft in Zimbabwe - a Huge Problem But Is It Getting Worse?
Conflict