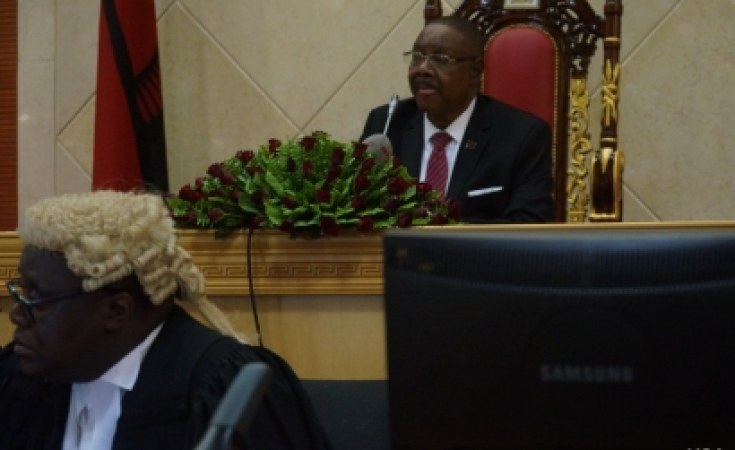 Blantyre — Police in Malawi have announced the closure Monday of roads leading to the High Court in the capital, Lilongwe, where judges of the country's Constitutional Court are expected to deliver the verdict in a case challenging a vote last year that reelected incumbent President Peter Mutharika.

Saulos Chilima, leader of the opposition United Transformation Movement party, and Lazarus Chakwera, leader of Malawi Congress Party, are seeking nullification of the May presidential vote. They say the elections were fraught with irregularities that saw Malawi Electoral Commission rig the vote in Mutharika's favor. Some residents feel the closing the roads infringes on their rights.

The aim is to facilitate smooth delivery of the judgment by the Constitutional Court, expected to start at 9 a.m.

James Kadadzera, spokesperson for the Malawi National Police, told VOA that no uncleared person will be allowed within 150 meters of the High Court premises.

However, some, like Chipiliro Phiri, said the arrangement will make it hard to get to work.

“My God, it’s so frustrating. I didn’t expect this from the police. They say it’s not a public holiday tomorrow. So how are we supposed to get to work? This is not the way to go. They were just supposed to just tightening the security, not just closing the roads,” said Phiri.

“It’s very, very justifiable because you know when you are arranging security, all the security arms, they do that basing on the situation. Probably violence can erupt from those who can be defeated and even by those who have won. So this is why we see security is very tight,” said Kaisi.

Malawi has seen series of post-election demonstrations since the announcement of the election results in June.

Human Rights Defenders Coalition has been leading protests that turned violent at times, with looting, damage to property, and injuries.

The nationwide demonstrations were aimed at forcing the resignation of the head of the Malawi Electoral Commission, Jane Ansah, for allegedly presiding over a flawed electoral process fraught with irregularities.

However, Ansah maintained that she could only resign after the court verdict.

The Monday verdict would come a few days after Anti-Corruption Bureau arrested and charged businessman Thom Mpinganjira in Blantyre for attempting to bribe five judges working on the verdict.

According to Anti-Corruption Bureau documents, Mpinganjira, who runs a bank, offered the judges more than $130,000 to rule in favor of Mutharika and the Malawi Electoral Commission, the defendants in the case.

Human Rights Defenders Coalition representatives told reporters Saturday in Lilongwe that their trust is now in the judiciary, and they asked Malawians to observe the rule of law after the verdict.

“As HRDC we have a lot of confidence and trust in our judicial system. And believe that our honorable judges will deliver a just verdict on this watershed case,” he said.

This week, leaders of the opposition political parties and ruling party signed a pact to ensure peace during and after the verdict.

Huge Price Tag for Malawi's New Presidential Polls
Tagged:
Copyright © 2020 Voice of America. All rights reserved. Distributed by AllAfrica Global Media (allAfrica.com). To contact the copyright holder directly for corrections — or for permission to republish or make other authorized use of this material, click here.