West Africa: The West African Kingdom That Became a Country 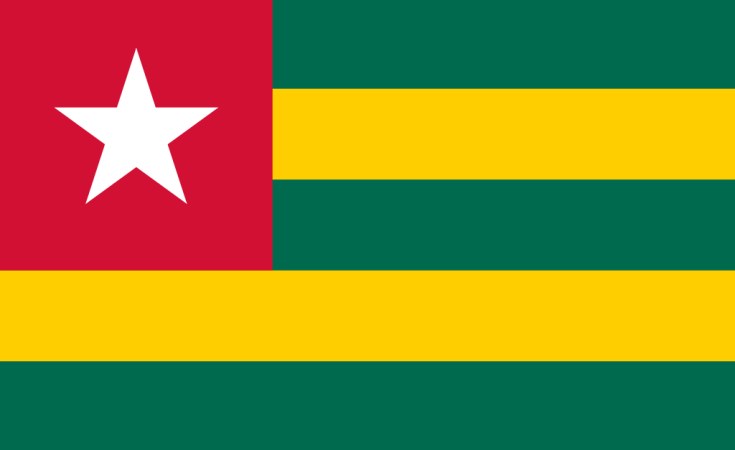 In 1883, the German chancellor, Otto von Bismarck, decided to impose a protectorate on the area now known as Togo. Togoville, on the northern shore of Lake Togo in what is now the southern part of the country, came to German attention when Gustav Nachtigal, the German consul general in West Africa signed a protectorate treaty with King Mlapa III of Togoville, on 5 July, 1884. So it was that Germany claimed overlordship over the territory.

History has it that Plakou, the king's "stick-bearer" signed the treaty that gave Togo away to Germany. The signing of this historic treaty by one of his subjects remains enigmatic for historians. But there is little doubt that Mlapa III played a vital role in the German annexation of a place known to indigenous people as Togo-Bè, a kingdom that stretched about 30 km from west to east and about 20 km from south to north. Some historians have claimed that Mlapa III was not living when the protectorate treaty was signed.

However, Joel Mensah Kwassi, the current Mlapa VI, who was newly enthroned in July 2018, thinks otherwise, as he told us during an interview at his palace, with its reminders of the German colonial era, among them a cannon and the machines designed to manufacture sisal fibre. Very unusually, he had granted us an audience. "Mlapa III was not an ordinary man of the kingdom; he was never seen in public. He did not talk to foreigners. In our tradition, it is the stick bearer or linguist who first deals with foreigners. So, if the king delegated Plakou to sign a treaty on his behalf, the latter could never claim ownership of that treaty," Mlapa VI told Africa in Fact. Togoville, as the kingdom's main settlement was known, also acted as the religious and political centre of the kingdom. Mlapa III had many powers and prerogatives, and his spiritual authority extended to nearby cities such as Bè-Beach - the current Togolese capital, Lomé - and Porto Seguro, now called Agbodrafo, whose markets made them the ideal shopping centres of the time.

The people worshipped a deity known as Nyigblin, a smith-god whose effigies were usually made in gold. It was believed that Nyigblin provided the people with wealth. Historians do not doubt Mlapa III's role in the German possession of the area. "Certainly, he would have been an influential figure," says Komla Etou, a senior lecturer in the faculty of history at Lomé University. "There is no doubt that he was descended from a lineage of kings, or that he ended up imposing his rule on the other leaders of the kingdom. The Baguida Treaty, which established the new colony, was signed by chiefs and subjects but there is little doubt that it was signed in the king's name. This also shows how organised the people were at that period." Historical evidence of Mlapa III's role in the signing of this treaty is exhibited in a small museum in the palace compound, including a photocopy of the treaty, the throne of Mlapa III and pictures of German infrastructural projects in Togo.

Mlapa VI believes that the treaty, which saw the area becoming a German protectorate, was aimed at the economic development of a country that had been ravaged by the slave trade. "The Germans said that they wanted win-win trade ties. This opened up Togo to the global economy. This treaty has made Togo what it is now," he told Africa in Fact. Togo's accession to the modern age of international politics could be said to have begun in July 1884, when the protectorate treaty was signed. Nachtigal first used the eponym of the country to designate the protected territory in a report of 9 July, 1884 to Bismarck when he referred to the Togogebiet, or "Togo zone". Nachtigal's explorations of Africa in the second half of the 19th century occurred at a time when Bismarck was looking for opportunities to colonise parts of Africa, spurred by the desire to reassert his own international prestige and that of Germany.

The Germans' first step was to conquer territories along the coast of the current Togo. However, local memories of the slave trade, which had been abolished in 1848 by the then French government, did not make their mission easy. To establish themselves, the Germans first sought local auxiliaries - called Yovofio in the Ewe language, or "representatives of the white men" to help them administer the territory. "The Germans understood that they needed to promote a local administration through local 'right-hand men' if they wanted to build confidence between themselves and our communities," recalls Assenoub Amegan Amévi, 72, a grandfather who worked as a warehouseman for the Germans. "Many of their first collaborators were people working with the chieftaincy and spiritual leaders - including Plakou, who signed the treaty on behalf of Mlapa III. In some villages they were made the sole representatives of the German administration."

The rise of such "collaborators" with the German colonialists in the organisation and management of the territory created legitimacy disputes after the death of Mlapa III. However, the then German administration used tact and dexterity to solve these chieftaincy disputes. "To settle these disputes, Lieutenant [Valentin] von Massow, chief of the imperial police in Togo from 1884 to 1896, held a consultation with the people. Many local people had never experienced such a thing. This marked the first "democratic act" in the colonial history of Togo; formerly, the people had never taken part directly in the election of their king. Meanwhile, in other territories, the western metropolitans were imposing their 'right-hand men' by force," says Etou, the historian. After establishing their administrative and political supremacy over the southern territories, the Germans went on to conquer the northern part of present-day Togo.

However, this colonial adventure faced resistance from some of the people there. To counter this, the German administration made use of the fact that German missionaries had been active in the region since 1847. As the colonialists saw it, their mission was to open the way for the promotion of German culture. Later, they would emphasise education as the main way to achieve this, and they would go on to open several primary schools in the plateau and central regions of the country. Records show that by 1905 the colonial administration was training 469 merchants and trade employees, 148 government officials, including teachers for elementary and vocational schools, 397 teachers at mission schools and some 1,722 workers and craftsmen in Togo. Tony Toulassi, a 92-year-old retired electrical engineer, says that the missionaries helped the German administration to make its way into the northern parts of the territory.

"The German Presbyterian church helped to promote western culture, to the detriment of our traditional religion," he says. "They built schools to prepare the natives to accept the arrival of the foreigners... On the other hand, education helped our elders to learn many jobs." Some historians insist that the German conquest of deep Togo, which had been formerly hostile to western culture, was facilitated by various projects already under way in the south. Between 1911 and 1914, in their bid to make Togo a strategic colony, the German colonial government built a telegraph office in Kamina, a small village located about 160 km north of the current capital, Lomé, says Ouro-Agbandao Tchaboue, 45, a teacher and tourist guide living in Kamina. The ruins of the office can still be seen in the town. Hundreds of locals were recruited for the construction work. "There was mutual respect, because the Germans wanted to retain the good impression they had left to the south," he recalls.

The telegraph office linked the German colonies, and it also established a connection between them and the German metropole. Some local people gnashed their teeth at the presence of the foreigners, but it should also be said that the local German administration worked enormously hard to make their colony the best in West Africa." After they completed their conquest of the north, the German administration later focused on developing primary sectors of the economy, especially forestry, agriculture and fishing. "Though valuable oil palms grew naturally near the coast, the Germans introduced certain export crops, including cocoa and cotton, to be grown on plantations worked by African labour," says Gerard Waklatsi, a sociologist. "Roads and railways were constructed to link the port to parts of the interior." Today, some Togolese still feel nostalgic for the German colonial era. Even for those who do not, though, there is little doubt that Togo's fate would have been different under French colonialism.

The German administration established itself in Togo through a close collaboration with the kingship, while under French colonial rule kings generally lost their prestige and power, says Komlan Kouzan, the deputy dean at the Literature and Human Sciences Faculty of Kara University. "Some Togolese do not hesitate to say that they admire the work done by the Germans, while others still remember their meanness, roughness and racism," Kouzan adds. "However, power was a little more decentralised under the German colonial era, which allowed the development of infrastructure at the grassroots." Ironically, that advantage from former colonial times has been lost: the government appoints the king, and he does not have as free a hand to make decisions as he once had under the colonial administration.

Previous Story
The Media and the 2020 Elections in Togo - Growing Censorship, Fear of Possible Social Media Ban
Next Story
As Togo Goes to the Polls in February, Will Change Come?

The Media and the 2020 Elections in Togo - Growing Censorship, Fear of Possible Social Media Ban

As Togo Goes to the Polls in February, Will Change Come?