East Africa: Once a Pariah, Eritrean President Comes Up With Regional Bloc Idea 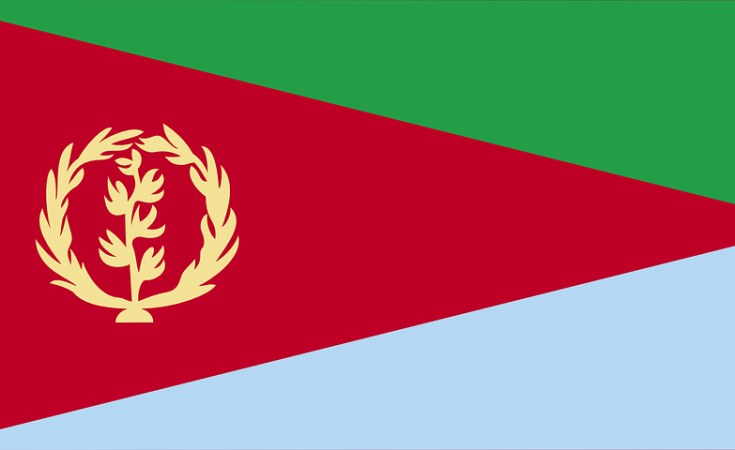 Isaias Afwerki, the mustachioed Eritrean president, is not usually known for regional integration.

Critics of the revolutionary who led his country to independence accuse him of dictatorship, a charge he denies.

For the past two years, though, Afwerki's traits appear to be changing.

Even the UN, which had imposed sanctions on his regime, lifted them in 2018. Afwerki mended fences with Ethiopia following two decades of hostilities.

This week, he hosted Ethiopia's Prime Minister Abiy Ahmed and Mohamed Farmajo, the president of Somalia.

It was the third time Afwerki was meeting the two since January 2019. He had also met Abiy during the signing of the historic peace deal in 2018.

Last year, Abiy won the Nobel Peace Prize for that effort, and many asked what was in store for Afwerki.

Some analysts told the Nation that the recent meeting points to where Afwerki's prize is: influence in the Horn of Africa.

After the tripartite summit, Eritrea's Information Minister Yemane Meskel tweeted that the leaders adopted a joint action plan for 2020.

The plan, he said, would focus "on two main and intertwined objectives of consolidating peace, stability and security as well as promoting economic and social development".

"They also agreed to bolster efforts for effective regional co-operation," he said.

A later dispatch said the three leaders would focus on development, mobilise human and material resources and build infrastructure.

That ambition is to lead to some sort of Horn of Africa coalition, which some analysts said would be called a Cushitic Alliance (based on the languages predominantly spoken in the three countries).

To be fair, the countries have faced civil strife or terrorism in the past three decades.

But as they stabilise, hunger, poverty, human trafficking and unemployment continue to face them.

Yet it is Afwerki who is the eldest and most experienced of the three.

As head of the Eritrean People's Liberation Front, he led his country to independence from Ethiopia in war victory in the early 1990s.

But Afwerki hoarded power and feuded with Ethiopia, Djibouti and Yemen over boundaries.

"When Abiy won the Nobel, Afwerki seemed to be in his shadow. But he was always constrained by the isolation," said Dr Patrick Maluki, a diplomacy lecturer at the University of Nairobi.

"He wanted to control the region. This bloc idea seems to be his project, but we can only wait and see. He is the most experienced of the three, so it would be expected that he wants to assert himself."

Critics were quick to accuse the three leaders of opportunism.

Somali Senator Ilyas Ali Hassan said the proposals could be illegal unless parliaments endorse them.

But he argued that Eritrea and Ethiopia have in the past contributed to instability in Somalia.

"Without solving the problems Somalia faces, how can you jump into a strategic relationship? Nobody understands what these leaders are discussing," he told the Sunday Nation.

They need to bring the proposals to parliament and speak to the public. Somalia has neighbours that have helped it better than these two. What have they done better that Djibouti and Kenya, for example?" he asked.

The delegations of both leaders spoke of a strong link to security and economic affairs.

Ethiopia had Defence Minister Lemma Megersa on board.

The leaders said they could expand the bloc by talking to "our friends and partners on the basis of mutual respect and benefit".

"They can form a strong economic bloc, especially now that Eritrea and Ethiopia are together. It is a strategic ambition," said Macharia Munene, professor of history and international relations at USIU-Africa.

"Ethiopia wants access to the sea ... and once it gets that, it will have diversified from reliance on Djibouti."

Except, there are risks. For long Igad was dominated by Kenya and Ethiopia, as Eritrea sat on the fence, protesting its set-up.

Prof Munene says Igad's vision of dealing with security crises has been hampered by infighting. A new bloc could kill it, he says.