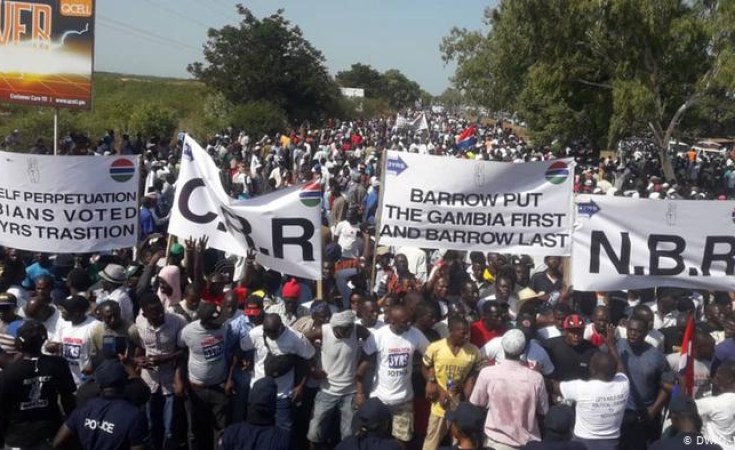 Attacks on reporters and the shutting down of two radio stations in Gambia have reminded journalists of the dark days of Yahya Jammeh. Is President Adama Barrow reneging on his pledge to uphold press freedom?

When President Adama Barrow was formally sworn in on February 18, 2017, he told the cheering crowd at the Independence Stadium near the capital Banjul: "This is a victory for democracy."

Barrow was referring to his victory over longtime ruler Yahya Jammeh whom Barrow had defeated in the December 2016 election. In his inaugural speech, Barrow promised to release political prisoners and improve press freedom.

"Gambia has changed forever. The people are fully conscious that they can put a government in office as well as remove it," Barrow declared in front of invited African heads of state and thousands of supporters. He also vowed to stay in office for only three years as part of an agreement with the coalition that backed him in the election.

After taking power, President Barrow embarked on several reforms which included press freedom. Journalists felt safe and free to practice without fear or intimidation. They could easily access information and conduct interviews with government officials, DW's Gambia correspondent, Omar Wally, even carried out an exclusive interview with the president.

The icing on the cake came when the Reporters Without Borders' (RSF) 2019 World Press Freedom Index ranked Gambia in 92nd position out of 180 nations -- a jump of 30 places on the previous year's index .

However, on January 26, hundreds of Gambians came out to protest Barrow's decision to stay on as president for five years instead of the three he had earlier promised. The so-called3 years JOTNA movement demanded that Barrow resign. Soon after, Barrow's government banned the protest movement accusing it of subversion, violence and illegal activities.

Gambia's Press Union said the events of the past five days have dashed any hope that Gambia, under President Adama Barrow, was becoming a model for the press and press freedom. "When the new government came to power, it promised to not just respect press freedom, but also to celebrate it," Sheriff Bajong, president of Gambia's Press Union (GPU), told DW.

"Many of us were hopeful that we were on the path to achieve that. But last Sunday we saw how journalists were attacked, radio stations arbitrarily shut down and illegally occupied by armed police, and journalists working there arrested," Bojang said. He warned that what happened "is a big step backward, for a country which came out of two decades of dictatorship characterized by systematic attacks on the press and press freedom."

Last Sunday, about a dozen police officers stormed Home Digital FM and ordered the radio station to stop broadcasting with immediate effect. The officers arrested the station's manager, Pa Modou Bojang, and took him into custody. Bojang was released on Tuesday, January 28, after the GPU and other rights groups called for his freedom. King FM was also ordered to shut down. The government accused the two radio stations of inciting violence and broadcasting an anti-Barrow protest.

Lamin Jahateh, a Gambian journalist in Banjul, said he saw little difference on the current press freedom situation when compared to that under Jammeh's rule. "Like it was during those days, journalists are now attacked by state security forces with blatant impunity even though almost all the cases of assault on journalists were reported to the office of the Inspector General of Police (IGP)," Jahateh told DW.

"Because the state is a culprit, political parties are emboldened to also be assaulting journalists where they don't agree with the coverage of that journalist. The situation is as terrible as it was," Jahateh said.

According to GPU President, Bajong, if the latest incidents are anything to go by, the newsmen and women in Gambia should brace themselves for tough times ahead: "I'm baffled by the fact that the authorities could send armed police to arrest journalists, close their radio stations and illegally occupy their offices," Bajong said.

"No journalist or media house is safe anymore."

For Jahateh, the way forward for journalists is to remain vigilant and aware that the days of dictatorship and media brutality are not yet over. "In times like this, journalists should remain united to maintain the spirit of unionism such that when any one journalists or media house is touched, all the others can be up in arms in solidarity," Jahateh said.

Bajong blames the current crackdown on the press on the trappings of power. "The president and his inner circle are on record for crediting the press for the change of government and an end to dictatorship," Bajong said, adding that once they [Gambian leaders], started to be consumed by power, they started to do exactly what they condemned and fought against during the former regime. "Old wine in a new bottle."

Bajong called on the Gambian government to respect its national and international obligations in relation to press freedom. He also urged the media fraternity to come together, stand shoulder to shoulder and fight against any attack on journalists and the media.

Omar Wally in Banjul contributed to this article.

'We Are Moving From High Hopes to a Letdown' 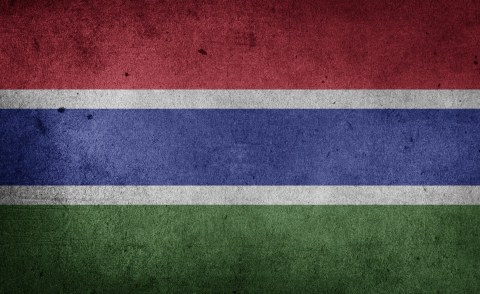 Gambia's Supreme Court Says Lawmakers' Loans are Unconstitutional
Tagged:
Copyright © 2020 Deutsche Welle. All rights reserved. Distributed by AllAfrica Global Media (allAfrica.com). To contact the copyright holder directly for corrections — or for permission to republish or make other authorized use of this material, click here.