Africa: SWEDD 2 kicks off as the SWEDD initiative goes to scale 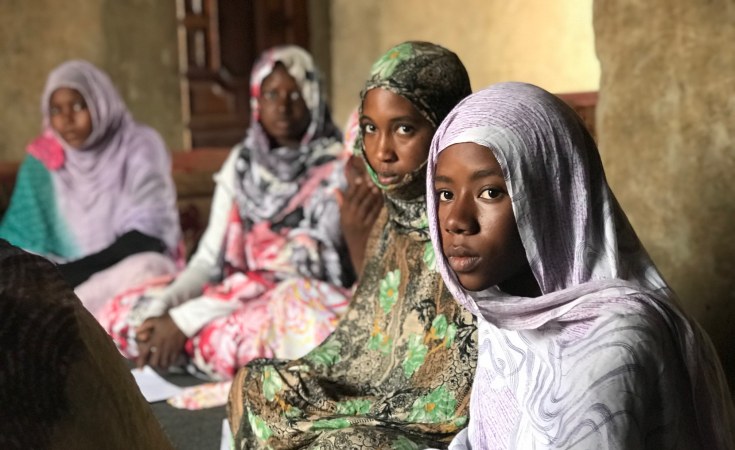 Building on the remarkable results and good practices with high potential for sustainability, scaling up of the SWEDD will benefit millions of girls and young women in the Sahel region and beyond, until 2023.

Abidjan, 3 February 2020 - The ambitious and innovative project – the Sahel Women's Empowerment and Demographic Dividend - SWEDD, aims to accelerate the demographic transition by creating the conditions for a demographic dividend. A three-day workshop on Strategic Reflection and Phase 2 of the SWEDD project, (SWEDD 2) begins on Monday, 3 February 2020, at the Palm Club Hotel in Abidjan, under the auspices of Professor Mariétou Koné, Minister of Solidarity, Social Cohesion and Fight against Poverty of Côte d'Ivoire.

The workshop brings together 70 participants from nine West and Central African countries, technical and financial partners. The workshop aims at drawing lessons from the operationalization of Phase 1 of the SWEDD project (SWEDD 1), to inform and enrich the phase 2 (SWEDD 2).

Between November 2015 and December 2019, the first phase of the project (SWEDD 1) was implemented in Benin, Burkina Faso, Chad, Côte d'Ivoire, Mali, Mauritania, and Niger. SWEDD intervenes in areas and territories with multiple vulnerabilities, among others, high rate of child marriage, early pregnancies and girls' school dropout. These countries have implemented programmes for adolescent girls, aged 10-19 and women, improving life skills and sexual and reproductive health knowledge; keeping girls in school, and increasing economic opportunities.

Religious and traditional leaders promote community dialogue in support of girls' secondary education, women's social and economic empowerment, birth spacing; and against child marriage, early pregnancy and female genital mutilation. Boys and men are engaged through community-based interventions for women's empowerment. The project contributes to eliminating systemic bottlenecks in health service delivery and developing a policy agenda that places demography and gender at the centre of growth.

The regional initiative, built on a model of country ownership, emphasizes "faire-faire" and relies on national expertise. It is a partnership model where countries have full ownership of their resources and collaborate with national academic institutions by partnering with local institutions and structures for the implementation of certain programmes.

SWEDD has become a platform for policymakers, religious and other opinion leaders to address issues considered sensitive in the region.

With financial support from the World Bank and joint technical support from the United Nations Population Fund (UNFPA) and the West African Health Organization for an initial four-year period, SWEDD member countries have made substantial progress. Despite the diversity of their needs, countries appreciated the technical assistance model implemented and coordinated by UNFPA. This assistance has made it possible to promote exchanges of experience, pooling of skills and sub-regional integration.

Between 2015 and 2019 (SWEDD 1), the key indicators in the project member countries showed a positive trend in areas centered on girls' education, adolescent fertility, family planning, maternal and child health, the child dependency ratio and the raising of the age of marriage. The success of the initiative has been emulated and has convinced new countries, Cameroon, Guinea Conakry, Madagascar, Senegal, the Gambia and Togo to join the project. Applications for admission are being considered. The remarkable results also facilitated the extension of the closing date for the six pioneer countries until 2023.

Net enrolment rate of girls in primary and secondary school

The average net primary and secondary school enrolment ratio in the SWEDD countries between 2015 and 2019 increased from 62.83% to 70.17% and from 19% to 28.4% respectively. These results highlight the important contribution of SWEDD to girls' education in its intervention zone. Indeed, the school retention rate of adolescent girls enrolled in secondary schools in the project intervention zones is 93.43% against 70% in 2015.

The average number of children per woman in SWEDD countries is declining. It has fallen from 6.2 to 5.5 in 4 years (2015-2019). After Niger, Chad, which had the highest index (7.1) above the regional average, is now around 5.6, roughly equal to the regional average.

The average prevalence of malnutrition in SWEDD intervention areas increased from 33 to 29.5.

• The regional media campaign reached more than 300 million people through television, radio and social networks. It also mobilized celebrities and artists from the six countries and beyond.

• More than 100,000 girls in the project countries benefited from schooling interventions (food aid, scholarships, transportation, family support). In Mali, for example, this intervention increased the access rate of targeted girls to secondary schools by 30 per cent and reduced the dropout rate in the intervention areas by 51 points, going from 53 per cent before the SWEDD project to 2 per cent with the project's interventions. In Côte d'Ivoire, 934 safe school spaces contributed to keeping nearly 20,000 girls in school.

• 1,719 husbands' clubs and clubs for future husbands set up for the benefit of more than 24,000 boys and men (13,127 men and 10,995 boys) and implementing a gender transformation programme thus helping to reduce violence against women, to increase the number of prenatal visits and the sharing of household chores.

• In Chad, women's economic groups received capital, training and equipment to increase their income. Girls are being trained for jobs usually held by men, such as plumbing, electricity and auto mechanics.

• In Niger, 1,500 young women entrepreneurs are being trained in traditional and non-traditional trades.

• In Mauritania, 100 micro-enterprises benefiting 1,200 young women participating in safe spaces activities are being set up in the 4 regions of the SWEDD project.

• The project has led to the availability of reproductive health commodities at the last mile in all countries.

• The project continued the training of three masters degrees in nursing and obstetrics sciences and its support to midwifery training schools with a focus on rural areas (i.e., outside the capital), internship sites, and clinical mentoring of midwives.

• The SWEDD has contributed to strengthening the participation of opinion leaders (especially religious and traditional leaders) through the provision of funding for the implementation of sensitization activities, but also through their involvement in the implementation process of sub-projects in favour of girls and women.

Tagged:
Copyright © 2020 UNFPA West and Central Africa. All rights reserved. Distributed by AllAfrica Global Media (allAfrica.com). To contact the copyright holder directly for corrections — or for permission to republish or make other authorized use of this material, click here.