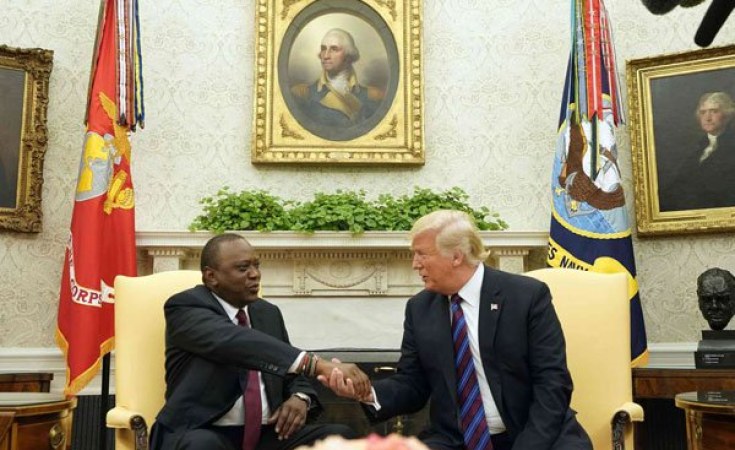 President Uhuru Kenyatta is headed to the US to attend the country's 68th national prayer breakfast meeting slated for February 5 and 6, 2020.

According to a statement issued Monday by State House Spokesperson Kanze Dena, President Kenyatta has been invited by the US Congress.

The prayer breakfast, whose theme is "Reconciliation, Faith and Peace Building" has been organised by the Fellowship Foundation in Washington, DC.

It will bring together over 2,000 international guests including political and business leaders, the US Congress, diplomats and religious leaders.

Ms Dena said that both President Kenyatta and opposition leader Raila Odinga have been invited to speak at an international luncheon which will be held before the prayer breakfast.

The State House spokesperson the two Kenyan leaders were invited to attend the prayer breakfast due to their demonstrated commitment to peaceful and constructive resolution of internal conflicts in Africa.

She cited the example the Kenyan government has set in deepening democratic values, rule of law and inclusive development policies that target the poor.

Ms Dena added that the American foreign policy towards Africa has recently shown a positive shift in favour of African countries that have demonstrated strong democratic credentials that portray an image of long-term internal stability.

She said this is considered a critical factor that resonates with the policy of encouraging American companies to increase their investment portfolios in Africa in priority sectors which will generate decent jobs for the youth, reduce poverty and spur economic growth.

Ms Dena added that Kenya is working closely with the US government in crafting a trading arrangement that guarantees continued market access for the country's products in the American market after the African Growth and Opportunity Act (AGOA) comes to an end in 2025.

Under AGOA, Kenya enjoys duty free quota free access to the US market. This makes the US Kenya's third largest export destination.

While in the US, President Kenyatta is expected to hold bilateral meetings with senior government officials and leaders in the private sector.

The President is expected to pitch for Kenya as an ideal business, investment and tourism destination.

In August 2018, at a meeting between President Trump and President Kenyatta in Washington DC, a technical working group was established to promote trade and economic relations between the two countries.

Kenyatta and Odinga to Attend U.S. National Prayer Breakfast, Thanks to the Handshake