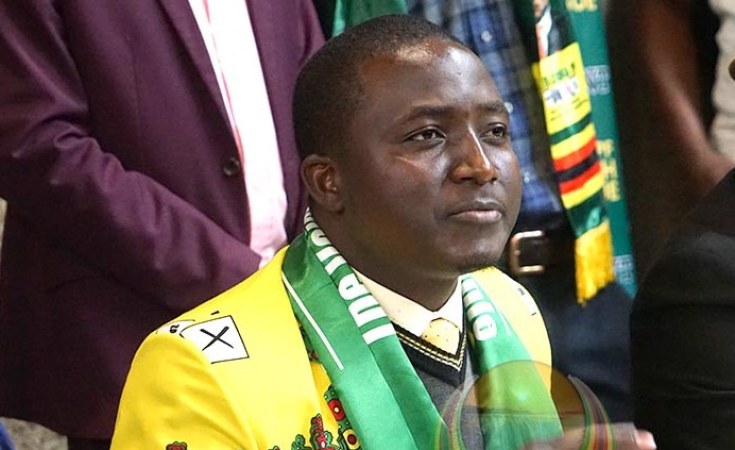 The Zanu PF Youth League has intensified its campaign for action to be brought against under fire business tycoon Kudakwashe Tagwirei whom they accuse of using his fat pocket to stir up economic havoc that has brought massive suffering among poor locals.

This they said at a press briefing in Harare Monday.

The youths accused the oil dealer of being among a cartel of local business executives who have not rested in performing acts of corruption.

However, Tagwirei has been singled out as the most problematic of the businesspersons through sponsoring underhand deals in many sectors of the economy such as fuel, gold, pharmaceuticals and agriculture.

"Seeing this person (Tagwirei), you will see a merciless man who doesn't have a heart, if you look at ... the efforts that are being done by the government, then we have someone taking advantage of that effort to enrich himself," said Zanu PF youth league deputy secretary Lewis Matutu.

Party youth league national commissar Godfrey Tsenengamu said they took the bold decision to name and shame the controversial businessman in attempts to defend the country's future generations whose livelihoods were being destroyed.

"How then do we have a situation where one person (Tagwirei) controls every sector of the economy! This must come to end today," Tsenengamu said.

"Let me talk about this person called Kuda Tagwirei, why is it he is the same person who supplies fuel, controls command agriculture; he is everywhere, including the money that is found in the streets buying forex.

"Kuda Tagwirei runs a car import company, he works with a guy called Brighton. There is a company called Panjap which he is using to import cars, grabbing all government schemes and supply them with cars, 40 for government and 60 to himself."

The Zanu PF youth leader also accused Tagwirei, through his companies, of buying gold seized from panners by machete wielding gangs especially in areas such as Jumbo and Shamva.

"He has company named Fosilagro which is supplying all imports for Command Agriculture," Tsenengamu said.

"When it was said now Command Agriculture farming inputs are being supplied by CBZ Bank, he went and bought shares in the bank.

"And fuel he did the same, on construction of roads the company called Fosil Construction belongs to Kuda fronting someone called Obey.

"There is a company fronted by white people looting platinum, Landela Mining ventures is into pharmaceutical and cooking oil.

"On forex deals and money changers operating on the streets, he uses a Congolese woman named Dallia for illegal forex dealings.

"We are prepared to bring the evidence on the table and we are approaching ZACC (Zimbabwe Anti-Corruption Commission) tomorrow (Tuesday)."

The outspoken Zanu PF youth executives denied they were trying to settle political scores or working with any political grouping through naming and shaming the corrupt.

"How does an individual go to the bank and withdraw ZWL$500 000 cash; at some point in time his accounts were frozen but later unfrozen," Matutu said.

"Our challenge is why would one person come in between people who have nothing to do with his shenanigans and act as if he has protection.

"He has his front people running around in the streets doing his dirty works."

"He has monopoly on ethanol blending, why him alone? Everyone knows that it's not good, but everyone is quiet or afraid to speak out.

"Why is Billy enjoying that monopoly and fuel prices have gone up because of him. So that he makes money."

U.S. Imposes Sanctions On 'Notoriously Corrupt' Mnangagwa Ally
Tagged:
Copyright © 2020 New Zimbabwe. All rights reserved. Distributed by AllAfrica Global Media (allAfrica.com). To contact the copyright holder directly for corrections — or for permission to republish or make other authorized use of this material, click here.