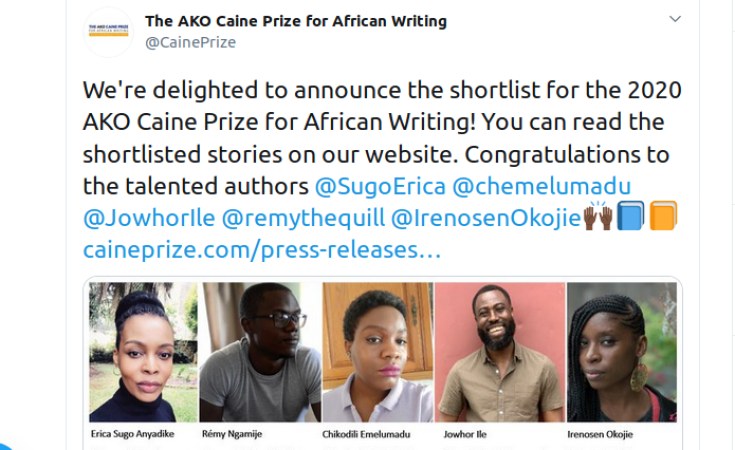 One of the most important awards for African writing is the Caine Prize, given each year for a short story. It has just gained a new sponsor, which should secure its £10,000 (about R194,000) cheque to African literary fortune-hunters for many years to come. This is to be welcomed: we thank the AKO Foundation for its support of African letters.

Each January, the journal that I publish, The Johannesburg Review of Books, dutifully submits the qualifying stories that appeared in its issues for the prize (the Caine imposes a minimum of 3,000 words for entered stories, a frankly bewildering rule which succeeds in preventing some of Africa's best work from ever reaching its judges' eyes). We publish, in my opinion, very good fiction, but such is the quality of writing to be found along Africa's length and breadth, not to mention in its diaspora, that we haven't had a sniff at the shortlist yet.

That's not a problem - it's how awards work: occasionally you get a sniff, but mostly you don't. I myself ran two of South Africa's biggest literary prizes for several years, so...