Congo-Kinshasa: Women & Girls Up Front - the Humanitarian Response in Democratic Republic of Congo 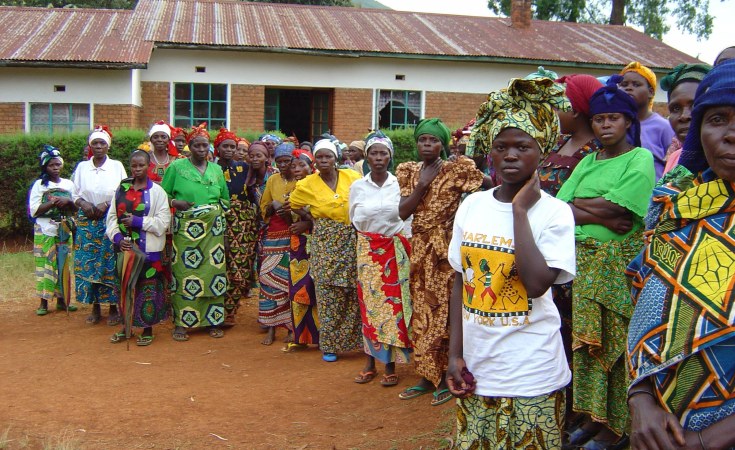 Photo: L. Werchick / USAID / Wikimedia Commons
Rape victims who have been successfully reintegrated into their communities assemble in a "peace hut" near Walungu, South Kivu in the Democratic Republic of Congo.
Inter Press Service
By Julitta Onabanjo, Shoko Arakaki and Sennen Hounton

Geneva / Johannesburg / Kinshasa — Eleven-year-old "Anne" went to a health facility with her mother in the conflict-affected province of Ituri, in northeastern Democratic Republic of the Congo. At first, she could barely tell her story.

Traumatized and frightened, she feared reprisal from her attackers. Painstakingly, she recounted the brutal rape she had suffered and the pain that she felt in her body. It took her a while to gain confidence in the service provider and to allow support for her recovery.

Today, Anne remains displaced with her mother, staying in a camp, as it is not safe for them to return home. With support and services, she has resumed some of her daily activities. She now plays with other children and will eventually return to school.

After decades of conflict in the Democratic Republic of the Congo (DRC), women and girls continue to suffer disproportionately from the crisis. They also offer one of the best hopes for peace and stability.

In the camp with other displaced persons, Anne now plays a new role. She sensitizes her peers about gender-based violence and reproductive health and rights. When she speaks, others listen.

For this reason and more, local women and girls play an increasingly critical role in humanitarian action and recovery. With their survival strategies, they offer hope, resilience and solutions to long-lasting challenges.

It is time for increased support and funding to place the needs, rights and leadership of women and adolescent girls at the centre of humanitarian efforts.

As we celebrate the anniversary of the first peaceful political transition of power, there is renewed hope, and a genuine window of opportunity, to address and accelerate progress for gender equality.

In a historic first, the Government of the Democratic Republic of the Congo has committed, through an addendum to the joint communique signed by the Prime Minister, to implement concrete actions to fight conflict related sexual violence.

The Congolese National Police and National Army have endorsed national plans to combat gender-based violence with zero tolerance for sexual violence, with a commitment to integrate the protection of women and children during military operations.

With this new momentum, there is no time to waste. Ongoing humanitarian situations now affect 12 of 26 provinces in the country, and recent floods and food insecurity place increased strain and hardship on women and families. The humanitarian crisis in the Democratic Republic of the Congo is one of the world's worst protracted crises.

The number of people who urgently require humanitarian assistance is up from 8.5 million in 2017 to 15.6 million in 2020, including 5 million people displaced from their homes.

Today, many survivors like Anne suffer psychological consequences, such as depression and trauma. Through the multi-stakeholder Call to Action on Protection from GBV in emergencies, which launched a roadmap in DRC in 2019, and the new national strategy to eliminate gender- based violence, concerted efforts are underway with a broad array of partners to strengthen the rule of law and accountability.

This must help thousands of survivors like Anne to rebuild their lives.

Investing in safety, dignity and health

As stated by Mark Lowcock, UN Under-Secretary General for Humanitarian Affairs and Emergency Relief Coordinator, "Doing more to strengthen our support to women and girls in humanitarian crises is in everyone's interest."

UNFPA is working with the Government, the UN system and civil society to promote sexual and reproductive health and rights, gender-based violence prevention and response, and mental health and psychosocial support. The majority of our partners are national and local NGOs, including women's organizations.

In the 2020 humanitarian response plan for the DRC, UNFPA is appealing for US$65 million to strengthen protection and provide life-saving services to three million people, including 700,000 women of childbearing age. This will support the provision of life-saving reproductive health equipment, drugs, contraceptives and supplies.

In addition, youth friendly services, including recreational spaces and peer education for boys and girls, will benefit young people.

By investing in women and young people, prospects for peace and stability will increase in the Democratic Republic of the Congo. Now is the time to act. 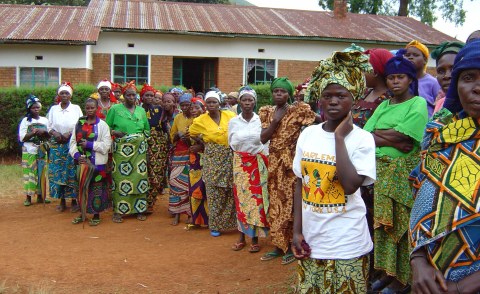 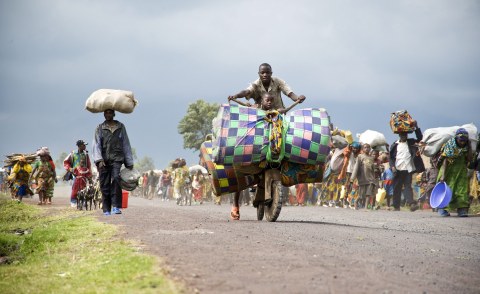 Mass Rape Trial in DR Congo Begins
Tagged:
Copyright © 2020 Inter Press Service. All rights reserved. Distributed by AllAfrica Global Media (allAfrica.com). To contact the copyright holder directly for corrections — or for permission to republish or make other authorized use of this material, click here.