Kenya: Opinion - Moi and Me 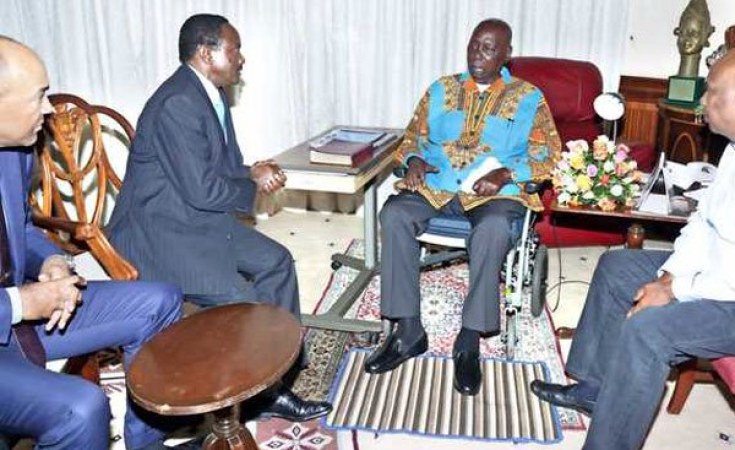 He was simply everywhere: His stern face looked down from every office wall. His image -- albeit a younger version -- was printed on every banknote. And no matter what catastrophes had shaken the planet, the state broadcaster faithfully began every news bulletin with the words: "President Daniel arap Moi today said..."

It was impossible to escape the self-styled "professor of politics" in the Kenya of the year 2000. By then I had just arrived in the country, to volunteer in a street children project in one of Nairobi's ever expanding slums. And I soon came to admire and fear Daniel arap Moi, who was one of Africa's most fascinating and tricky politicians.

The country he ruled was full of potholed roads. We sat in the dark every night, because of power cuts. Electricity was reduced to a few hours a day if any. Water ran through our taps about once every two weeks and the sons and daughters in the middle-class Nairobi neighborhood where I lived had to drive buses or sell groceries to make a living -- despite having university degrees. And we were still better off than most. Armies of street children roamed around Nairobi's city center, slums seemed to grow by the day, people got shot in broad daylight and corruption and frustration was on the rise. Government critics were either killed or silenced.

A few weeks after my arrival, I went to watch one of Moi's speeches in Nairobi's Nyayo Stadium. He told his people to be "mindful of each other's welfare." He himself definitely wasn't. As long as they pledged allegiance to him, corrupt ministers were kept in office and could plunder state coffers or grab public land at their own leisure.

The public service had ceased to function. The despair of so many Kenyans, who had to watch helplessly while their country was robbed by its politicians in broad daylight, made me angry.

Yet, I could not help but admire Daniel arap Moi's political talent: Whenever a corruption scandal came to light, he set up a commission of inquiry, promising stern actions. However, the commission just kept on investigating until the scandal was forgotten. Results were rarely published, and if they were, nobody acted. There was no formidable opponent in Kenya's political scene, because Moi made sure that no-one could become one. Powerful cabinet ministers were quickly demoted and fiery opposition MPs ended up in a government positions, so that he could keep them under control.

Moi liked to call himself "Father of the Nation" and that's exactly how he felt: Kenya was his. Although he bowed to pressure from opposition groups and foreign donors and introduced multiparty democracy, he took criticism personally. When he addressed the nation, Moi was the concerned father who understood his people's plight, promising relief. Even I could not help sometimes feeling "I think deep down he means well." But the fact that nothing ever changed for the better made me soon feel otherwise.

However, he did pay his country one major service when he peacefully left office in 2002, having been Kenya's president for 25 years. Although his preferred successor, Uhuru Kenyatta, lost to opposition stalwart Mwai Kibaki before he eventually won office in 2013, Moi presented himself as the great democrat who humbly accepted defeat. He did make sure that Kenya did not go the way of many other African countries and I admire him for that. But the side-effects of his rule -- corruption, nepotism and a culture of violence -- will continue to haunt Kenya for years to come.

Daniel Arap Moi - the Legacy of an Autocratic President 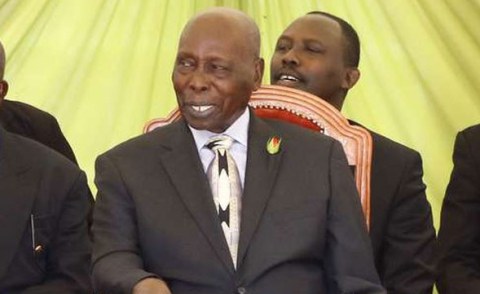 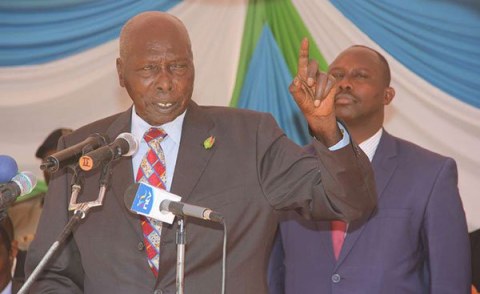 Kenyans Pay Last Respects to Former President Moi
Tagged:
Copyright © 2020 Deutsche Welle. All rights reserved. Distributed by AllAfrica Global Media (allAfrica.com). To contact the copyright holder directly for corrections — or for permission to republish or make other authorized use of this material, click here.