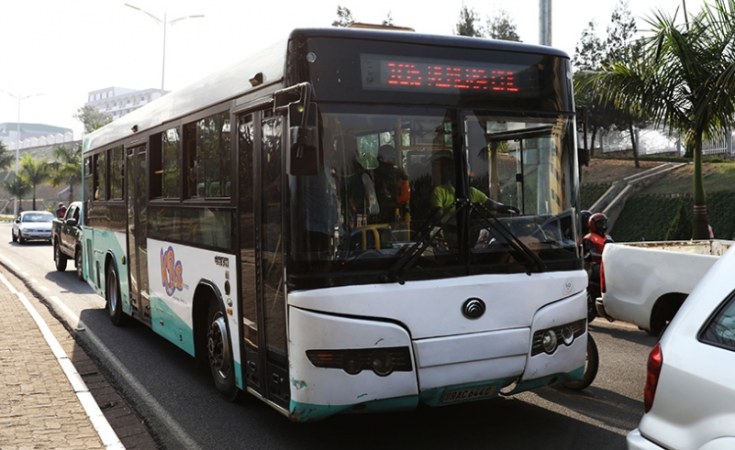 Sam Ndengahimana/New Times
A bus on the streets of Kigali (file photo).
The New Times (Kigali)
By James Karuhanga

The Rwanda Utilities Regulatory Authority (RURA) and Ampersand have been listed among Africa's most promising climate and clean energy innovators lined up for the 2020 Ashden Awards.

RURA has been nominated for "bringing cleaner buses to the streets of Kigali", while Ampersand is being credited with introducing "electric motorcycles designed and manufactured in Africa".

While RURA is the national utility regulator, Ampersand is a private firm, whose mission, it says, is "building affordable electric vehicles and charging systems for the three million motorcycle taxi drivers in East Africa, starting with Rwanda."

The list includes organisations that carry out outstanding work across Africa to electrify rural areas, boost sustainable urban transport and improve the lives of refugees and farmworkers, according to a statement.

Besides RURA and Ambersand, eight other 10 African organisations made the list which also features 34 other innovators from around the world.

Top eleven finalists will be announced in June and subsequently celebrated at the Ashden Awards Ceremony in London this July, the organisation said in the statement.

"Africa's impressive culture of innovation and entrepreneurship is reflected in our long list. Africa is on the frontline of the climate crisis, with seven of the top ten climate change-affected countries in the continent, so it's crucial we promote energy solutions created and proven locally," Ashden CEO Harriet Lamb is quoted saying.

She added: "Despite so much great work, Africa's energy access challenge is huge. Close to 600 million people in sub-Saharan Africa are without regular access to electricity, and polluting cook stoves means many are dying just to put food on the table.

"What's more, the climate emergency is creating extreme weather, worsening conflict and making it harder for people to earn a living."

Founded in 2001, Ashden is based in London, with a network of 225 winners and numerous partners stretching around the world.

The Ashden Humanitarian Energy Award is one of 11 prizes making up the 2020 Ashden Awards.

Together, the Awards highlight proven solutions to the climate crisis and energy access challenges. Winners receive a cash prize, development support, and the chance to connect with investors and leading figures in the energy and climate sector.

Since 2001, Ashden has awarded more than 225 ground-breaking organisations.

A national plan to improve energy access across Togo.

A broad package of support for farmers in Kenya, including access to solar-powered drying technology.

Protecting the environment by boosting sustainable income-generation in the Kilum-ljim forest.