West Africa: UNHCR Stepping Up Response to Escalating Violence and Displacement in the Sahel Region 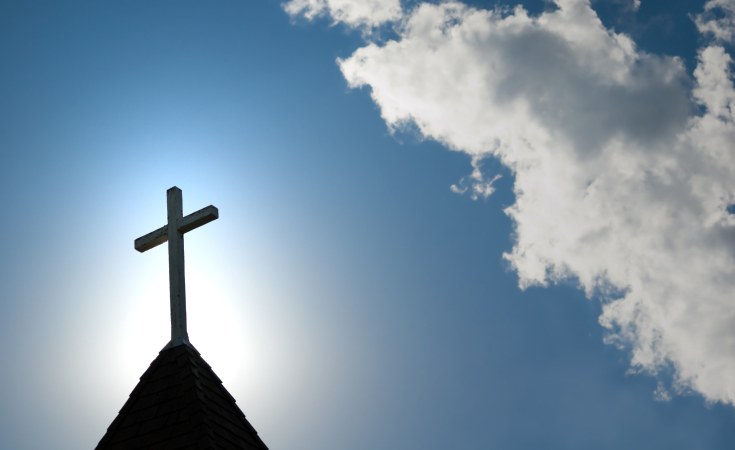 The UN High Commissioner for Refugees, Filippo Grandi, wrapped up in Burkina Faso a three-nation visit to the Sahel region, and expressed his alarm about the rapidly deteriorating situation across the region, where escalating insecurity has forced a rising number of people to flee their homes.

"The emergency is here, in the Sahel, where people are suffering, are being killed, women are being raped, children cannot go to school," said Grandi. "Sahel is the place where we must intervene before this crisis becomes unmanageable."

Meeting with the Presidents of Burkina Faso and Niger, along with the Government of Mauritania, the High Commissioner praised these countries for continuing to welcome refugees while themselves facing humanitarian emergencies such as in Niger and Burkina Faso. "In the Sahel, some of the poorest countries in the world remain some of the most generous," said Filippo Grandi, acknowledging the solidarity that Niger, Mauritania and Burkina Faso extend to some 165,000 refugees fleeing Mali, where the security situation does not show signs of improvement.

"Despite the many challenges these three countries face today, we don't see this kind of engagement in most parts of the world", said Grandi, praising solutions to long-term forced displacement that foster social cohesion between host communities, refugees and internally displaced people (IDPs).

The number of IDPs in Burkina Faso has risen ten-fold in 2019 alone, reaching a total of 560,000. Another 70,000 people were displaced in neighbouring Mali during the same year, pushing the country's displaced population over the 200,000 mark. In total, the Central Sahel region currently shelters over a million refugees and IDPs.

"The stories I heard in Niger, Mauritania and Burkina Faso are shocking. Stories of killings by armed groups, stories of destruction of homes, schools and health centres, stories of violence against women," said the High Commissioner.

Indiscriminate attacks by armed and terror groups on state institutions and security services, on schools and health facilities are recorded with shocking frequency across the entire region. These aggravate existing social tensions and widespread poverty, as local communities are often the first responders.

In the area of the Liptako-Gourma, where Mali, Burkina Faso and Niger share common borders, refugees fleeing from Mali and Burkina Faso often find themselves seeking safety and shelter in areas that are also plagued by violence. The overwhelming majority of those fleeing violence across the region are women and children. Many of them have been displaced several times. Local communities can offer very limited support given the abject poverty in many parts of Sahel.

In Ouallam, in Niger's Tillabéri region, Filippo Grandi was welcomed by a community of 5,000 refugees, many of whom had been living in tents since 2012 in a camp close to the Malian border until recent violence forced them to relocate again. The same violence that forced refugees to relocate also forced Nigeriens from their homes. Grandi heard painful stories of the threats which they endured from armed groups who forced them to rapidly leave their villages with little more than the clothes on their back.

In Burkina Faso, in Kaya and Dori, the High Commissioner met with survivors of a very recent attack to a nearby village in which some 20 people were killed days prior. Their accounts were harrowing, as they provided details of a horrifying night-time attack on their village, where men and boys were killed, women raped, homes, pillaged and schools along with other infrastructure were destroyed

Rampant insecurity is having an adverse impact on the humanitarian response as it severely hinders access by humanitarian actors to reach people in need - those forced to flee and the communities hosting them all desperately need shelter, food, water, protection, health, education.

Despite insecurity forcing more to flee within their own country, the region also showcases exemplary solidarity towards refugees. In Mauritania, Grandi met with some of the nearly 60,000 Malian refugees who had fled over eight years ago and spoke to him of the generosity of the communities hosting them. In Niger, social cohesion is exemplified by innovative durable housing that brings together host communities, refugees and IDPs.

"In the Sahel, the response to the crisis must not be a security one alone. The protection of those forced to flee must remain at the core of our response to this displacement crisis," said Grandi.

This includes a better coordination between civilian and military authorities to ensure humanitarian access for immediate assistance. It is also critical to create the conditions for humanitarian and development actors to help with solutions to the affected population.

In a displacement crisis of this scale, UNHCR reiterates its call for protection of those fleeing violence. The governments of the Sahel reaffirmed their commitments to protect civilians in a context of counterterrorism operations in the Sahel. They also reaffirmed the needs for greater access of displaced persons to civil status documents, identity documents and nationality to access education, jobs, housing or healthcare and prevent statelessness.

While ramping up its response UNHCR stresses that addressing the humanitarian needs in Sahel must not be at the expense of other regional crises. Sahel is also affected by the crisis in the neighboring Lake Chad region, where an estimated 2.8 million people are living in displacement and where there is a similar need to ensure humanitarian access and protection of those forced to flee. It is critical to avoid the risk of destabilization of the broader West Africa region, as insecurity spreads further.

"Peace, security and development are key to the coexistence between those forced to flee and the communities hosting them," said Grandi. "By supporting the Governments in bringing refugees and their host communities together, humanitarian and development actors must work toward ensuring access to education, health and economic opportunities," he added. "Addressing the root causes of this crisis will enable to find lasting solutions. This also means addressing the key impact of climate change as well as the impact of these displacements on the nature".

UNHCR, the UN Refugee Agency, leads international response to protect those forced to flee their homes because of conflict and persecution.

Dozens Killed in Attack on Church

Next Story
Tagged:
Copyright © 2020 United Nations High Commissioner for Refugees. All rights reserved. Distributed by AllAfrica Global Media (allAfrica.com). To contact the copyright holder directly for corrections — or for permission to republish or make other authorized use of this material, click here.