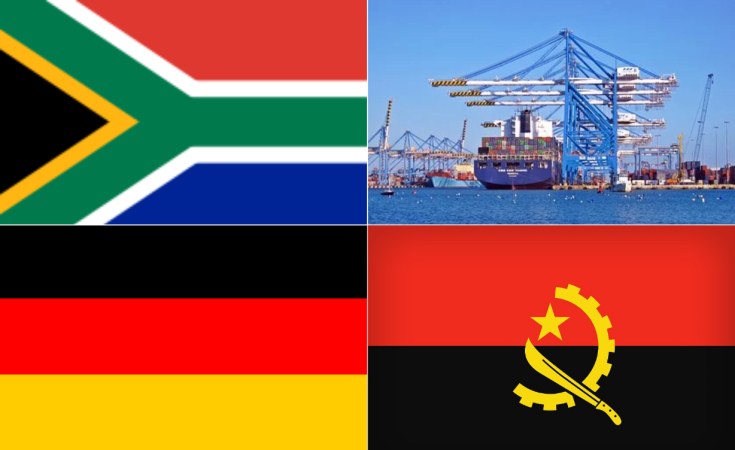 Chancellor Angela Merkel's three-day trip to South Africa and Angola will address migration. But expect economic talks to get plenty of attention as well.

Germany and South Africa's relationship nearly resembles that of a movie couple rekindling their feelings for each other. The initial overwhelming love has passed, they have gone their separate ways and only to later rediscover what brought them together in the first place.

President Cyril Ramaphosa made the first step by flying to Germany in October 2018. This was followed by a return visit by German President Frank-Walter Steinmeier a month later.

Chancellor Angela Merkel's trip seems rather late by comparison, but it's still "a recognition that relations [between Germany and South Africa] have become closer again," Melanie Müller, an expert on South Africa at the German Institute for International and Security Affairs (SWP), told DW.

This is mainly thanks to Ramaphosa. In early 2018, he forced his scandal-ridden predecessor Jacob Zuma out of office. Zuma had adopted an increasingly authoritarian approach during his presidency and was making a name for himself -- mostly through numerous corruption scandals. When it came to foreign policy, Zuma relied on close ties with the so-called BRICS countries which, in addition to South Africa, include Brazil, China, Russia and India. Ramaphosa, on the other hand, has set about wooing old friends.

Zuma's time in office had consequences not just for South Africa but also for its relationship with Germany.

"Across various levels, it is clear that the relationship is a two-way street rather than one-sided," Ottilia Maunganidze from the South African think-tank Institute for Security Studies (ISS) told DW. "That is why for South Africa there has been a greater investment in strengthening that relationship over the past two years."

South Africa was Germany's most important political partner in Africa before the Zuma era. In terms of foreign policy, both countries took a similar stance on global issues, including support for establishing the International Criminal Court in The Hague.

Now both countries are currently members of the United Nations Security Council. South Africa is due to take over the presidency of the African Union in February, while Germany assumes the presidency of the European Council in the autumn. Both governments are also working together on the Compact with Africa initiative launched by Germany during its G20 presidency in 2017.

With international diplomacy set to increase, the economy will also play a major role. South Africa is Germany's most important trading partner in Africa: It receives two-thirds of all German investments on the continent. Stalwarts of the German economy, such as BMW, Mercedes or Siemens, are also represented in South Africa.

"German-South Africa economic relations are flourishing at the moment," Matthias Boddenberg from the Southern African-German Chamber of Commerce and Industry told DW. "2019 was most likely a new record year in trade relations."

Both countries still want more out of this relationship. South Africa is in the midst of a severe economic crisis. According to the International Monetary Fund, the economy is expected to grow by just 0.8% this year. The unemployment rate is currently sitting at around 30%.

"One of the things that fuels inequality is unemployment and the lack of access to opportunities," Maunganidze said. "It is in that space that South Africa wants to nurture direct involvement that actually propels the economy further."

For Germany, this means one thing: More investment.

South Africa is a lucrative market for the German economy. But "the general conditions for the commitment of German companies are not optimal," Boddenberg said. State electricity supplier Eskom is currently facing collapse following years of mismanagement. The country has experienced regular power cuts for months, which has fatal consequences for energy-dependent industries. State airline South African Airways, as well as the state-run trains, have only survived thanks to the government investing billions in aid. Ramaphosa has promised to find a solution, but many people still haven't noticed any changes in everyday life -- and the president's popularity is waning.

The chancellor's visit to Angola is also about both the past and the future. Both countries have planning closer cooperation for a long time. But there was one obstacle in the way: Long-time ruler Jose Eduardo dos Santos. During his 38-years in power, he and his family looted the oil-rich country. Just a few weeks ago, the international investigation Luanda Leaks revealed how the president's daughter, Isabel dos Santos, allegedly accumulated billions of dollars during her father's rule through dubious deals.

That's mostly because Lourenco has taken a tough stance against corruption -- including against the family of his predecessor. The assets of Isabel dos Santos have been frozen, while the judiciary has pursued fraud charges against her.

The first signs of closer cooperation are already apparent. Angola has long wanted to establish closer military ties with Germany. A German military attache has been on the ground since 2017. Angola's government is also interested in buying German naval boats. Germany has not yet commented on Angola's military wishlist, so the boat issue will likely be on Merkel's agenda during her visit. Germany is particularly interested in building stronger economic ties with the resource-rich country.

In an exclusive interview with DW, Lourenco expressed his wish for Germany to increase its economic involvement with Angola.

"German investment is welcome in Angola," he said. "We are doing our part, creating a better business involvement in Angola day after day. One of the measures is precisely fighting corruption. So, foreign investment in Angola is safe. There is a guaranteed return and, if it happens, everyone will win."

However, Germany's overall investment in Angola has decreased in recent years. Establishing deeper relations between the two countries may go a long way towards changing this.