Rwanda: Beyond Using Drones, We Should Make Them Too - Kagame 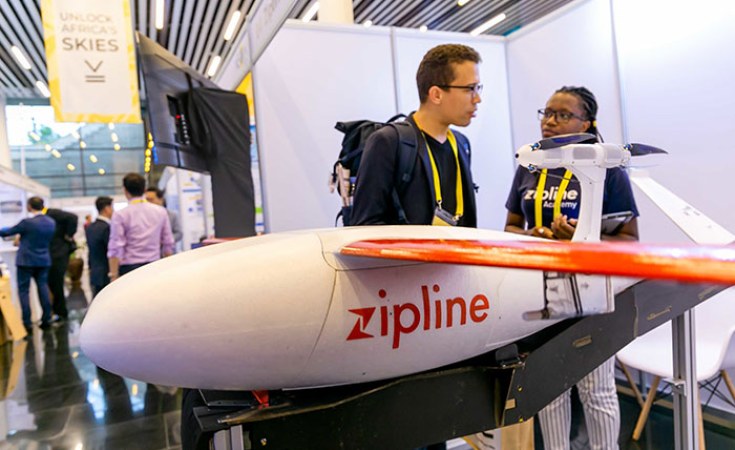 Emmanuel Kwizera/New Times
Participants at the Africa Drone Forum inspect one of the drones by Zipline at the exhibition.
The New Times (Kigali)
By Collins Mwai

Adoption and integration of drone technology can and should go beyond using them to designing and manufacturing them, President Paul Kagame has challenged African countries.

Kagame was speaking on Wednesday, February 5 at the opening of the inaugural Africa Drone Forum that is underway at the Kigali Convention Centre convening over 800 stakeholders from 44 countries.

The President said that as Rwanda and African countries move to adopt the use of drone technology, there should be considerations to design and manufacture Unmanned Aerial Vehicles on the continent.

This, he said, will see the gadgets tailored to address specific needs in African countries within the local and regional context.

When drones are designed and manufactured elsewhere, there is a likelihood that they are tailored to address the situations in their countries of manufacture.

"Why limit ourselves to just using drones? We can also design and manufacture drones in Africa, as demonstrated by examples at this forum. This allows the technology to be tailored to our specific needs, and to help create new industries that generate employment and prosperity," he said.

Rwanda is in the process of developing a drone operation centre that will serve to develop the uptake, training and regulation of unmanned aerial vehicles.

In the process of adopting the technology, the Head of State also noted that policies and regulation should not get in the way of innovation as countries move to adopt the latest technologies and the fourth industrial revolution.

"The policies and regulation that we put in place should promote innovation, not slow it down. Our experience in this sector has been that the priorities of safety, security, and innovation can all be effectively catered for, within the regulatory framework," he said.

Regulations hindering innovation is not a new phenomenon especially in Africa as countries attempt to set safeguards against potential risks. This has however often hampered the pace of innovation.

Kagame also challenged African countries on cross border cooperation in the adoption of the technology saying that it would boost the impact of technology.

He challenged the forthcoming 5th East African Community Aviation Symposium, scheduled for later this month to seek to enable regional harmonization in terms of policy and regulation.

The President made a case for continued adoption of drone technology saying that Rwanda was already experiencing benefits of the technology as the country moves towards fostering innovation and entrepreneurship.

Drone technology adoption is in line with the National Strategy for Transformation that details the Seven Year Government Programme towards 2024, which among other goals seeks to create 1,500,000 decent and productive jobs and establish Rwanda as a globally competitive knowledge-based economy.

Drones have been adopted in Rwanda in a variety of fields including delivery of blood products and vaccines to remote health centres, partnership with Zipline.

A local company that manufactured the first Made in Rwanda drones is using the technology to support the agriculture sector in crop monitoring and mapping.

The company is also running a pilot project to test the effectiveness of drones for mosquito spraying.

Another use of drones in the country is in the inspection of power transmission lines from the air.

Franz Dress-Gross the Regional Director at the World Bank said that the technology is expected to serve towards improving mobility services especially to the rural parts of the continent often underserved.

He said that emerging technology will also serve to increase jobs and entrepreneurial opportunities for African youth. 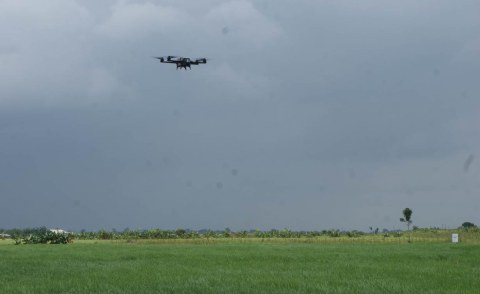 Rwandan Engineers Jet Off to Train Americans on Drone Technology
Tagged:
Copyright © 2020 The New Times. All rights reserved. Distributed by AllAfrica Global Media (allAfrica.com). To contact the copyright holder directly for corrections — or for permission to republish or make other authorized use of this material, click here.