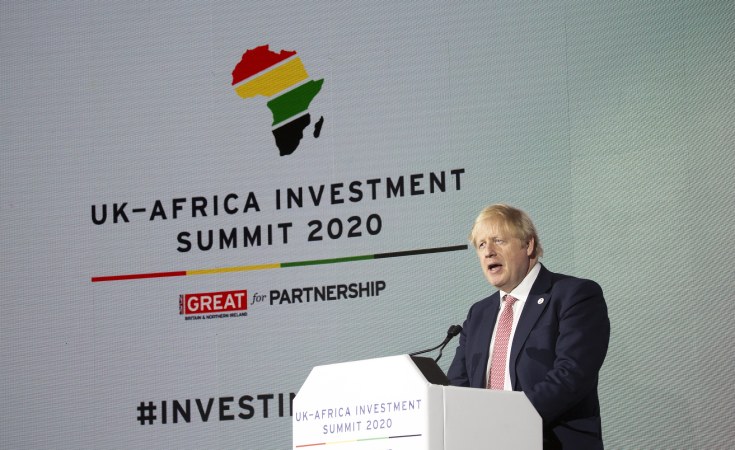 London — British companies have made bigger profits investing in Africa than in any other region of the world, according to a new report from the Overseas Development Institute (ODI), which urges firms to seek profits on the continent rather than seeing it as a place to do charitable work.

With 1.2 billion people and eight of the world's 15 fastest-growing economies, the ODI says Africa offers world-beating returns on investment.

The report looks at investment by British firms in Ghana, Kenya, Nigeria and South Africa. Its authors say the "young population, growing middle class, and planned industrial growth make the continent a great place to do business."

The report was published as Britain formally left the European Union on January 31. The government repeatedly has said its ambition is to create a "global Britain" with new trading partners beyond the European continent. As part of the effort to court new partners, London hosted the Britain-Africa Investment summit last week.

Recent data from agency the International Trade Center show France and Germany export more than double the value of goods to Africa than Britain does. London must get proactive post-Brexit, according to Lourenço Sambo, director general of Mozambique's Investment Promotion Center, who spoke to VOA on the sidelines of the summit.

"UK companies need to come and work with the African business model," he told VOA.

British companies believe they have an edge against their rivals in the field of technology. The UK Space Agency is backing satellite firms that offer services to African farmers, such as PRISE, or Pest Risk Information Service.

"It's taking terabytes of satellite data and sending out text alerts to farmers, which can tell them when pests might become a problem in the future," explained Chris Castelli, director of programs at the UK Space Agency.

"Ninety percent of our doctors are from Western countries, 10 percent from the rest of Africa," Adewara said. "They provide video consultation, prescriptions, diagnostic tests. We are looking here to connect with people who can help us to scale up our business and take this global."

The secretary-general of the United Nations Conference on Trade and Development, Mukhisa Kituyi, told VOA in a recent interview that African nations need to work harder to attract investment.

"We need to develop this human resource as a contribution to the world's economy, we need to create the conditions to make Africa the next factory of the world. Then you can say, can Britain step in, just like any other friend of Africa, and offer some of the solution?"

Britain says it can offer solutions. Many analysts warn, however, that negotiations over its future relationship with Europe likely will dominate trade talks in the coming months and years.