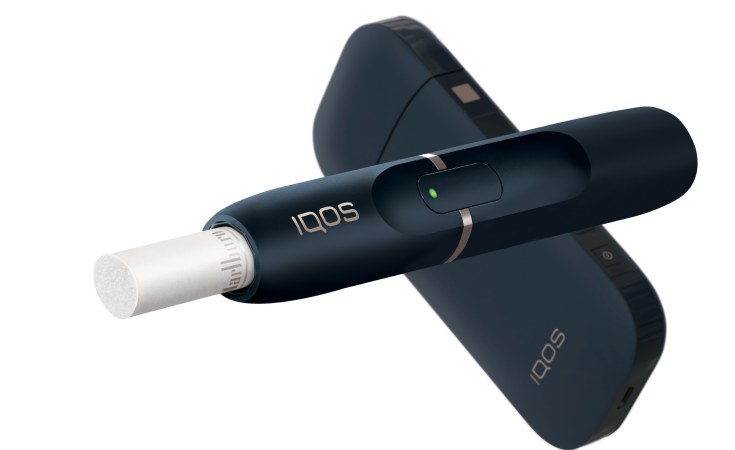 Paris — Speaking at the International Conference on Harm Reduction in Non-Communicable Diseases (NCDs),  Professor David Khayat, a French oncologist, clarified the harm-reduction approach: "As an oncologist, I encourage my patients to quit. But if they can't, I must offer them alternatives."

"We need to support patients who have failed with other methods," he said. "Even when people know that smoking is bad for their health, they continue to smoke. 64% of people with lung cancer continue to smoke."

"When you tell your patient to eat less fat, you do harm reduction," he told the seminar. "When you put your seatbelt in a car, you do harm reduction. New technologies have given us tools to do so. Why should we refuse to do it with tobacco?   As oncologists, our role is not to eradicate tobacco. We want to eradicate cancer. We want our patients to live. Today's alternatives are heated tobacco and e-cigarettes. Tomorrow there will be other solutions".

"The World Health Organization (WHO) wants to know if these new products are safe," he said. "They don't want to know if they are safer. That is the huge difference."

According to the WHO, one billion global deaths are expected this century from tobacco-related causes . The main challenge in the cessation approach is relapse, experts agreed. Laura Rosen, a researcher from the University of Tel Aviv, led a study that showed only 20% of studied people remained non-smokers after a year and only 14% over a longer period. "Other solutions are critically needed " , she urged at the Harm Reduction Conference.

The WHO maintains categorical opposition to heated tobacco and electronic cigarettes and advocates their ban.

A fact sheet on Electronic Nicotine Delivery Systems issued by the WHO on January 29 concludes "these products are harmful to health and are not safe." Adding "it is too early to provide a clear answer on the long-term impact of using them or being exposed to them". The WHO statement warns that usages of the products "increases the risk of heart disease and lung disorders."

Some experts took issue with that position. "WHO misrepresents the available scientific evidence" said Prof. John Britton, director of the Centre for Tobacco & Alcohol Studies and consultant in Respiratory Medicine at the University of Nottingham. He called the WHO briefing "misleading on several counts." Whereas WHO claims "there is no strong evidence that vaping is an effective means of quitting smoking," Britton said, "there is clinical trial evidence of the highest standard demonstrating that vaping is more effective than the nicotine replacement therapies that the WHO endorses."

Despite the controversy, all experts agree on one point: quitting smoking is by far the best option for good health.

"More and more smokers are dying in Africa," according to Kenyan physician Anthony Kiamati. "The problem is how industries view Africa. It is the same for pharmaceutical companies. They assume the continent cannot afford science-based innovative solutions to reduce harm. It would be a missing opportunity not to consider innovative alternatives in Africa. The population, policymakers, governments and the medical world should give it a try," he said. "The aim is to save the lives of those already smoking and who are unwilling or unable to quit. Smoke-free alternatives should be promoted even though health regulatory policies are fragile", he added.

Participants expressed their conviction that innovation must be used to reduce the harm related to tobacco.

The missing alternative between prevention and cessation

In most countries, regulation and communication are based on both prevention and cessation. In other words, regulation and communication are designed both for those who don't smoke and for those who want to quit. For people in the middle of these two strategies, there is a crucial need of regulation according to experts speaking at a side event held on February 3 in Paris in the margins of the International Conference on Harm Reduction in Non-Communicable Diseases (NCDs).

"France has the most restrictive tobacco regulation in Europe and yet, it is the second country in terms of prevalence" said Jeanne Pollès, managing director / president of Phillip Morris France.

Governments tend to think that tobacco manufacturers should stay out of the discussion about harmless alternatives. Phillip Morris International (PMI) takes a different approach.

"There are one billion smokers today in the world," PMI researcher Gizelle Baker said. "Our objective is to move people away from combustible cigarettes. We need to develop different products using innovation and science to help them. For example, we know that there are a number of smokers that don't want to quit. The Heat-not-Burn products, while being less toxic, offer an experience that is similar to combustible cigarettes."

The newly stated ambition of PMI is to "deliver a smoke-free future" with a vision that smoke-free products will one day replace cigarette smoking.

Why This Major Cigarette Company is Going 'Smoke-Free'