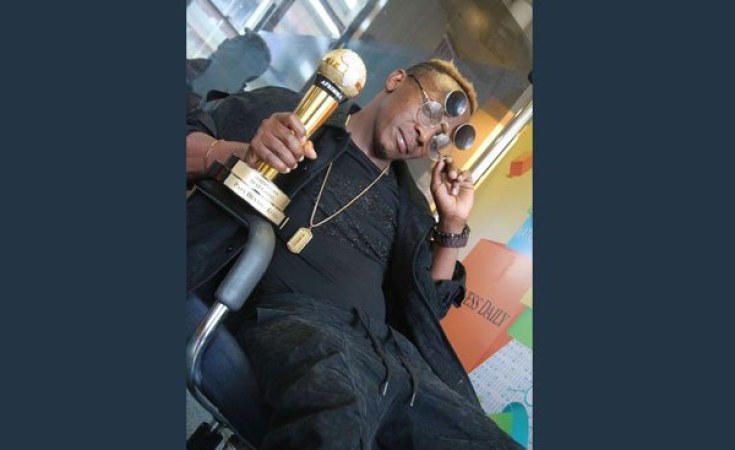 His body was found on the roadside near the Jubilee Party headquarters, Pangani, Nairobi, on Friday night. His death remains unclear.

News of the singer's death was also posted on Instagram by influencer and entertainer Terence Creative.

"Rest in peace, Papa Dennis. May God protect us, artists. Something must be addressed," wrote Terence on his social media page late Friday.

REST IN PEACE .Papa Dennis Rest In Peace bro,sooo saaad yaaani May God protect us artists,something must be addressed

Born and raised in Kakamega, the Makekes hitmaker shot to the limelight when he released his hit banger Foundation featuring Daddy Owen.

The award-winning artiste was signed under the Maliza Umaskini label owned by business mogul Sadat Muhindi.

Papa Dennis did collabos with different African musical superstars who brought him fame across Africa. Some of the stars include Nigerian Korede Bello and Chidinma, Mr Flavour to mention just but a few.

Papa Dennis, however, dismissed claims that he was a braggart.

"I don't boast or brag, I just show appreciation to what God has blessed me with and, at the end of the day, all these riches are only earthly and not heavenly," he told the Sunday Nation in an interview in 2018.

In the interview, the artiste said the monies used on the audio-visuals were not from his pocket, but his manager's, Sadat Muhindi.

"I don't decide what to spend on shooting a video, my manager Sadat and his team do. Besides, he is one person who believes in quality and will never settle for anything less," he said.

The late artiste won several awards, including a trophy in the 2015 Mwafaka Awards, 2016 and 2017 Pulse Music Video Awards, the 2018 African Muzik Magazine Awards (AFRIMMA) and the 2019 Dear Awards.

Kenya Mourns Gospel Musician Papa Dennis
Tagged:
Copyright © 2020 Nairobi News. All rights reserved. Distributed by AllAfrica Global Media (allAfrica.com). To contact the copyright holder directly for corrections — or for permission to republish or make other authorized use of this material, click here.