Africa: Kagame - Progress Has Been Made Towards Reforming AU 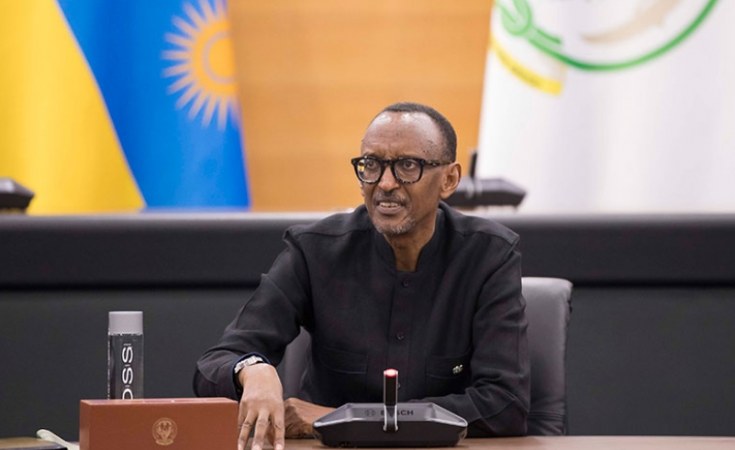 President Paul Kagame told leaders from across Africa gathered in the Ethiopian capital Addis Ababa, for the African Union Summit that a lot of progress has been made towards reforming the African Union (AU) - a process he has been leading since early 2017.

In 2016, African leaders decided that Institutional Reforms of the African Union (AU) was urgent and necessary given the role the AU is expected to play in driving Africa's Agenda 2063 vision of inclusive economic growth and development.

President Kagame was mandated by the Assembly of Heads of State to lead the process.

Part of his work along with a team of experts from across the continent is to lay out proposals that ensure the continental body establishes and focuses on key priority areas, streamline its current structure and make it financially less dependent on partner funding.

"We have indeed come a long way since January 2017. A clear consensus has been forged around the need for an effective and self-sustaining African Union," Kagame told leaders in a closed session on the sidelines of the 33rd Ordinary Session of the Assembly of the African Union (AU).

Kagame also added that the budget process is more transparent and the burden is more evenly shared among member states.

"More than 150 million dollars have been contributed to the Peace Fund over the last three years and the Board of Trustees is now in place," he said.

As part of making the Union financially independent and self-sustaining, Heads of State in 2016 adopted a decision directing all member states to implement a 0.2 per cent levy on eligible imports.

President Kagame said a "collective understanding" has been reached, calling on the AU Commission to work with member states to increase the number of countries implementing the levy.

Kagame stated that there has been progress in reforming the structure of the Commission to make it leaner and more efficient.

"The new structure has been endorsed by the Executive Council and it has been put before us for adoption," he said, adding that the Panel of Eminent Persons for the selection of the senior leadership of the Commission is now in place.

"As the reformed selection process unfolds this year, we look forward to electing Africa's best talent to lead the African Union Commission in the next term. The success of this selection process will mark a key milestone in the implementation of the institutional reform as a whole," he noted.

Last year at a meeting in Niger, the Protocol of Relations between the African Union and the Regional Economic Communities was adopted.

Kagame said it is an important step toward defining an effective division of labour between the African Union and the regional pillars.

On the reform of the Pan-African Parliament and the judicial organs, the Head of State encouraged the AU Commission and the member states to complete the consultations necessary to adopt detailed reform proposals at the next Summit.