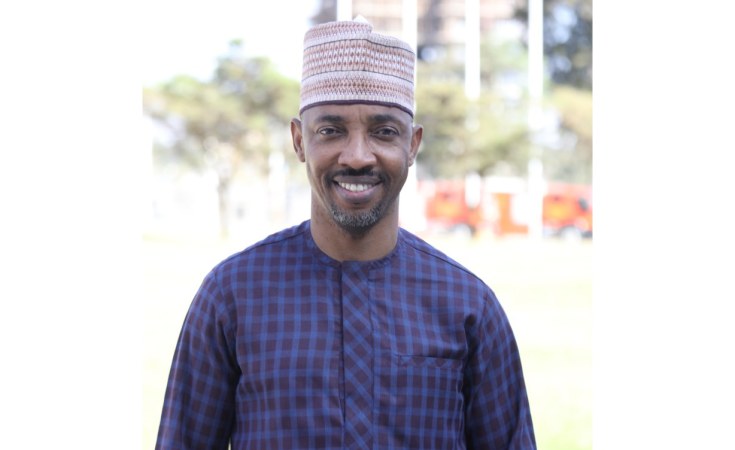 The city of Addis Ababa is playing host to African leaders for the 33rd summit of the African Heads of States themed ''Silencing the Guns: Creating Conducive Conditions for Africa's Development''. Amidst the barrage of armed conflicts, uprising and insurgencies that has festered on the continent since the leaders muted the project to silence the guns by 2020, it has become imperative for African leaders to review their actions in achieving peace and security on the continent since 2013, when they first made a collective pledge to " not bequeath the burden of conflicts to the next generation of Africans and undertake to end all wars in Africa by 2020 ".

Today, of the thirteen  peacekeeping missions globally, seven are on the continent of Africa. Armed conflicts on the African continent are still alive and well in North Africa, the Sahel, Lake Chad region, West Africa, the Horn, and the Great Lakes. While some progress can be seen in reduction of inter-country disputes in Africa in recent times, there are growing intra-country conflicts with casualties that match the count in 2013. There are also indications of new conflicts brewing, given the trend in election related violence and agitations in some parts of the continent. At the current rate and conditions, it will take a miracle to silence the guns in Africa if drastic reforms are not undertaken to make the conditions possible.

This summit of the African leaders must be a time to reflect on root-cause-targeted approaches to 'silencing the guns'. Current efforts correctly place emphasis on prevention of illicit flow of small and light arms into and circulation within the continent, disarmament, peace building initiatives, mediation and military responses. While these approaches are significant to 'fight the fires' of conflict, it has become imperative to prioritize a strong economic push in a renewed approach to "silencing the guns" that targets the foot soldiers of conflicts. African leaders must determine with renewed vigour to respond to the needs of African citizens, particularly the youths, in terms of job creation, employment and improvement in living standards, within a culture of popular democracy and strong institutions. Otherwise, the cycle of conflicts may never end.

The role of Africa's youth in Silencing the Guns

Research has shown the prominent placement of the youth in armed conflict, unrest and insurgencies. This vibrant population of young people are often visible in the frontlines bearing arms even when they have very little or nothing at stake in the conflict they are involved in. The y outh are uniquely vulnerable to recruitment for armed conflicts, and a huge number of young persons are already associated with State and non-State armed groups.

It is therefore imperative to make this significant population group a focal point of any intervention that must be both effective and sustainable. Any strategy without the active engagement of the youth population is at best a long shot to meaningful resolution. In a system where the youth population is gainfully engaged in decent employment, the chances of arm-bearing, engagement by insurgents or conflict-stirring becomes too costly. This is why the African youth must as a matter of strategy and urgency be brought to the forefront and centre stage of "Silencing the Guns".

If as projected, Africa's population is set to double to 2.5 billion by 2050, with more than sixty percent being youth, it is terrifying to think of the level of chaos that could result from a lack of opportunities for decent and profitable employment on the continent. In a bid to truly harness the demographic dividend that could arise from a large productive workforce, prioritizing job creation and youth employment becomes the fundamental step at preventing disaster. Urgent steps must include:

Commitment to, and promotion of job creation: Inclusive on this agenda is modernizing agriculture, promoting entrepreneurship, increasing access to finance, reducing bottlenecks for business operations, government patronizing youth-led enterprises, improving the matching of supply and demand for skilled labour in fragile states and ensuring the implementation of the African Free Continental Free Trade Area. The AfCFTA is a game-changer for accelerating progress on agricultural transformation and employment creation.

Active and meaningful Youth empowerment: This would significantly involve policy changes as well as enforcing laws that end all forms of discrimination against youth and women, providing a platform for intergenerational dialogues on development and security issues, and ensuring that social safety nets systems reach at least half of the most vulnerable youth.

Improved access to education and learning outcomes: Must involve partnership with the private sector to scale up programs that enrol youth, improve their learning outcomes and match the needs of the job market through more and better investments into education. This should also ensure children and young adults in conflict regions or other difficult to access areas continue to receive high quality education by supporting local responders with investments in technology enabled delivery platforms.

Periodic reporting of progress on commitments to Demographic Dividend plans: States must become accountable in reporting progress on their demographic dividend plans committed in 2017. Verbal commitment without tracking progress has always resulted in wasted efforts. This year of 'silencing the guns' therefore provides a fresh opportunity for African leaders to make result-driven reviews and track progress for the purpose of accountability.

With the exponential growth of the youth demography, the continent is on the brink of what could bring a 'demographic dividend' – but only if the right action is taken right now, by the leaders and torch-bearers of the continent.

Edwin Ikhuoria is executive director of ONE Africa. ONE is a global movement campaigning to end extreme poverty and preventable disease by 2030, so that everyone, everywhere can lead a life of dignity and opportunity .

Previous Story
Is the African Union Capable of 'Silencing the Guns in Africa'?
Next Story
Economic Commission's Vera Songwe Calls for Urgent Action to Silence the Guns