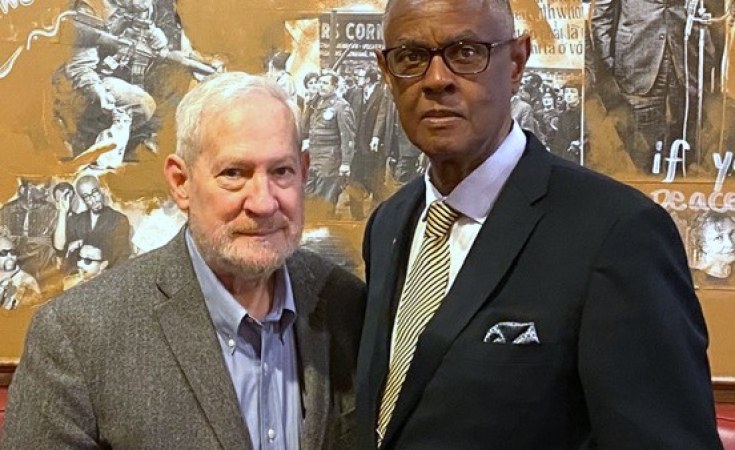 Washington, DC — Militant Islamist groups were involved in roughly 3,500 violent events in Africa in 2019. This represents a record level of terrorist activity on the continent and a doubling since 2013.

Nonetheless, the Department of Defense is considering a significant reduction in its role in Africa. The rationale is that this would better align with the National Defense Strategy’s focus on Great Power competition (i.e. rivalry with China and Russia).

In practical terms, such a decision would result in a sharp reduction in counter terrorism cooperation with African countries in the Sahel, Nigeria, and Somalia who are combatting violent extremist groups affiliated with al Qaeda and ISIS.

Such a downgrade would have direct implications for U.S. diplomacy and development initiatives. Specifically it may result in the closing U.S. embassies on the continent, further reducing the United States’ diplomatic presence (and influence) in the region. A diminished U.S. presence would also negatively impact efforts to strengthen African public health systems (of which the link to global health networks will again be tested with the spread of the coronavirus), education, and two-way trade – the focus of Prosper Africa, the Trump administration’s signature initiative on the continent.

A pullback from Africa would also run counter to the Global Fragility Act that President Trump signed into law on December 20. The Act dedicates $1.15 billion over the next five years for U.S. diplomatic, development, and defense agencies to work together to help stabilize conflict-affected areas, address global fragility, and increase U.S. capacity to be a leader in international efforts to prevent extremism and violent conflict.

In short, a U.S. pullback from Africa would be short-sighted. Not only would it be detrimental for Africa but it would harm U.S. interests.

The Sahel is the region in Africa that has experienced the most rapid escalation of militant activity in recent years. France has taken the lead among international actors to support the African countries most affected – Mali, Burkina Faso, and Niger – all emerging democracies. The U.S. has had a lighter but still indispensable footprint with drone surveillance, logistics, refueling of French aircraft, and training of African troops.

A U.S. pullback now would be perceived as abandoning allies when they are in greatest need. It would also be highly ironic since it was the U.S.-led NATO intervention in Libya to stop Muammar Qaddafi’s impending attack on Benghazi in 2011 that triggered the flow of fighters and arms into the Sahel contributing to the upsurge in militant violence.

Should any of these African partners fall, it would provide an expansive new haven for jihadist networks to recruit, train, and launch new attacks against international targets, including the United States. To put this in perspective, the land mass of both Mali and Niger is twice that of Afghanistan (where Osama bin Laden hatched the 9/11 attacks) and six times larger than Syria where ISIS was able to use ungoverned spaces to create a base for its so-called global caliphate.

Pulling out of Africa would be further short-sighted because Africa is the future. Africa is the world’s youngest and fastest growing continent. There will be 2.4 billion Africans by 2050 – 25 percent of the global population. As the median age of populations in North America, Europe, and China rise and birthrates decline, Africa represents the world’s workforce of the future.

With a growing middle-class, it is also one of the most dynamic emerging markets with a projected market of $5.6 trillion by 2025. Over 600 U.S. companies have investments in Africa, including GE, Google, Ford, and Proctor & Gamble. A retreat now will cut the United States off from this future growth.

Recognizing Africa’s vitality, economic potential, and strategic importance the rest of the world has been rushing to strengthen ties with Africa in recent years.  Over 350 new embassies and consulates have been established in Africa since 2010. China has led the way with large-scale infrastructure deals, often tied to opaque deals to access Africa’s vast natural resources. Chinese trade with Africa totals $200 billion annually and there are over 200,000 Chinese workers in Africa.  Africans privately say it’s important more than ever that the U.S. stays in Africa, if only to provide an alternative to China.

Russia has also been pivoting back to the continent, drawing on its Syria blueprint of propping up beleaguered political leaders in order to leverage Russian influence. This is particularly evident with Russia’s support to Libya’s insurgent leader Field Marshal Khalifa Hifter, part of Moscow’s attempt to undermine the United Nations backed government in Tripoli. If successful, not only will Russia gain access to Libya’s lucrative oil sector, but it will have a long sought military port on NATO’s southern flank, potentially disrupting U.S. maritime access in the Mediterranean.

Put bluntly, if the thinking behind the potential U.S. pullback from Africa is about better positioning America for Great Power competition, then the United States should be ramping up its engagements in Africa, not ceding influence to our rivals in this important region – rivals with very different views on how the future global order should look.

According to General Stephen Townsend, the commander of AFRICOM, the DOD’s geographic command for Africa, Africa represents just 0.4 percent of the DOD budget. Any cost savings from downsizing or closing down the command entirely would be minimal. Yet the costs to U.S. national interests would be great – and would be felt for decades to come.

With 42 million African Americans, there is also a strong cultural bond between the United States and Africa. Africans admire America’s democratic culture, entrepreneurialism, and diversity. In fact, according to the Pew Research Center’s annual surveys, Africa has the most favorable view of the United States of any region in the world, ranging from 70-85 percent.

The proposal to pullback from Africa is ill-advised, at best. At worst, it is reckless and risks sacrificing U.S. interests on old tropes about the irrelevance of the “dark continent.” Rather than pulling out of Africa, the United States should be looking at how we can strategically increase our investments in countries that share our interests and are committed to a long-term partnership.

There have been some recent bipartisan calls in Congress to protect the U.S. relationship with Africa. More members of Congress will need to speak up, however, to block this proposal before it gains traction. Too many Americans – from businesses, churches, development workers, and security officials – have worked too hard to build ties with Africa over too long a time to have this relationship jettisoned on a false trade-off with Great Power rivalry. A stable, prosperous, and democratic Africa is in the U.S.’s interests. Let’s start acting like we understand that.

Melvin P. Foote is the CEO and President of Constituency for Africa (CFA). For nearly 30 years, CFA has helped to significantly increase the level of cooperation and coordination among a broad-based coalition of American, African, and international organizations, businesses, and individuals throughout the Diaspora committed to the progress, development, and empowerment of Africa and African people.

Charles Dambach is a Senior Fellow with the Alliance for Peacebuilding and President Emeritus of the National Peace Corps Association, as well as adjunct faculty at Johns Hopkins and American Universities. Previously he was the CEO of the National Peace Corps Association and the Alliance for Peacebuilding, as well as Chief of Staff for Congressman John Garamendi.

Punching Back against Al-Shabaab

France to Send More Troops to Combat Escalating Attacks in Sahel
Tagged:
Copyright © 2020 Constituency for Africa. All rights reserved. Distributed by AllAfrica Global Media (allAfrica.com). To contact the copyright holder directly for corrections — or for permission to republish or make other authorized use of this material, click here.