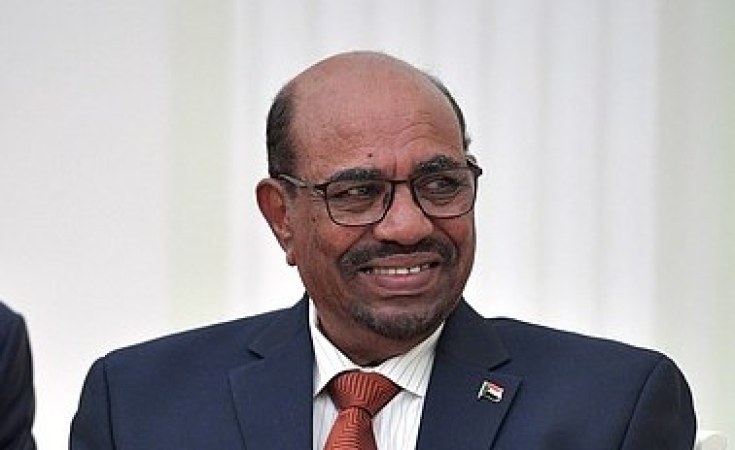 The Sudanese government and rebels have agreed to hand over suspects wanted by the International Criminal Court, a top official said. The ICC wants former President Omar al-Bashir, but the army opposes his extradition.

A deal between the transitional government and rebel groups in Sudan may lead to ousted Sudanese strongman Omar al-Bashir facing war crimes charges at the International Criminal Court (ICC).

At peace talks in Juba, the two sides agreed on a mechanism that would include "the appearance of those who face arrest warrants before the International Criminal Court," Sudanese official Mohamed al-Hassan al-Taishi said on Tuesday.

"We can't achieve justice without justice itself, we can't skip this," he told reporters. Al-Hassan al-Taishi is the member of Sudan's Sovereign Council which includes civilian and military members and acts as a collective head of following after al-Bashir's removal from office.

Information Minister Faisal Saleh confirmed the deal to Reuters, but he also did not refer to al-Bashir by name.

The Hague-based ICC wants al-Bashir on war crimes and genocide charges related to the Darfur conflict in the 2000s that killed hundreds of thousands of people through war and starvation. The first warrant against him was issued in 2009, while he was still in office, followed by a second in 2010. The ICC does not try individuals in absentia.

Following his ouster in April last year, the Sudanese military has said it would not extradite al-Bashir. It was not immediately clear if the army leaders were on board with the latest deal.

In December 2019, the 75-year-old politician was sentenced to two years of imprisonment by a Sudanese court for money laundering and corruption.

Delivering al-Bashir would be 'historic'

DW's Aya Ibrahim, a reporter who focuses on Sudan and the region, said that handing over al-Bashir "would be nothing short of historic."

However, she warns that the move could put the transitional government under scrutiny.

"Sudan is currently run under a power sharing agreement between civilians and military leaders, some of whom are former allies of Omar al-Bashir. While they are not necessarily wanted by the ICC, some are believed to be complicit in crimes committed in Darfur, so this is likely to also make them quite nervous," she said.

Darfur Welcomes Decision to Tranfer Sudan's Al-Bashir to the ICC
Tagged:
Copyright © 2020 Deutsche Welle. All rights reserved. Distributed by AllAfrica Global Media (allAfrica.com). To contact the copyright holder directly for corrections — or for permission to republish or make other authorized use of this material, click here.