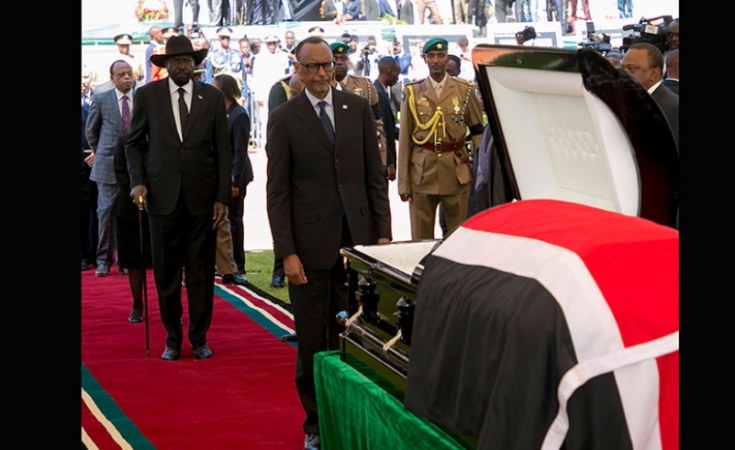 President Paul Kagame delivered his condolences to Kenyans for the death of the country's former President Daniel Moi, during a State Funeral Service held at Nyayo Stadium in Nairobi.

Kagame said that when Kenya is grieving and mourning its former head of state, Rwanda sends its support and condolences.

"When the people of Kenya are grieving, it goes as far as our country and our people join you in the grieving. And if Kenyans succeed and make progress we also share in that," he said.

He said that the two countries share a strong bond both among citizens and the leadership.

"We will continue to be with you as we all remember this gallant leader, one of the gallant leaders of this great country of Kenya, and May God accord him eternal peace," he added.

Other countries whose Heads of State were present at the state funeral included Djibouti, Saharawi, South Sudan, Uganda and the President of Ethiopia.

Moi is expected to be buried in his home in Kabarak, in Nakuru County.

Who Is Really In Charge of DR Congo?
Environment