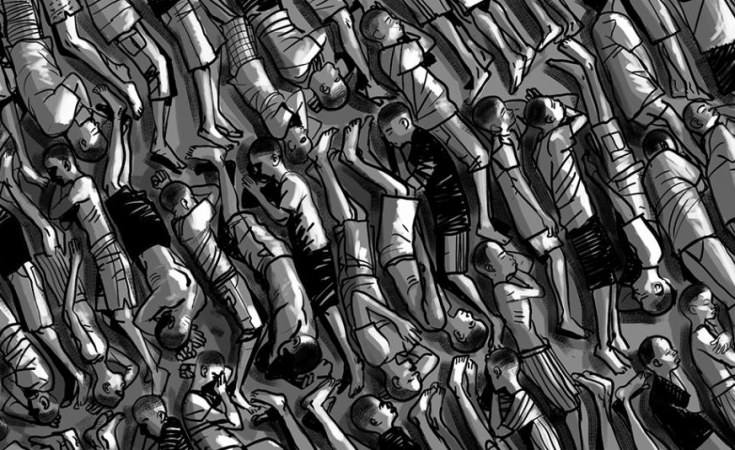 President Muhammadu Buhari has listed six "grave violations" suffered by children during armed conflict to include killing and maiming, recruitment as soldiers, sexual violence, abduction, attacks against schools or hospitals and denial of humanitarian services.

According to a statement by his Senior Special Assistant on Media and Publicity, Mallam Garba Shehu, Buhari said: "Of course, the severity of these grave violations varies from country to country. The incidence of a single violation of children's rights in any country is an indelible dent on the African consciousness and is to be deplored and condemned.

"Let me categorically reassure you of the steadfast commitment of the government of Nigeria to ensure the freedom of all kidnapped children from the shackles of Boko Haram. We will not relent until every child, boy, or girl, every Nigerian adult in custody of Boko Haram, is freed."

President Buhari spoke, Monday in Addis Ababa, Ethiopia, on the sidelines of the 33rd AU Summit, stating that his government was committed to secure the freedom of all children and other victims of abduction by terrorists in the country.

Reminding AU member-states of their commitments to protect children affected by armed conflicts in Africa, President Buhari reaffirmed Nigeria's commitment to the protection of children in armed conflict zones.

He also used the occasion to outline some concrete measures taken by Nigeria towards tackling the root causes of child-soldiers and the misfortune of out-of-school children.

The President said: "To stem the tide of out-of-school children, Nigeria embarked on an all-inclusive reconstruction of schools vandalised by the ravaging terrorist activities of Boko Haram, while returning children are rehabilitated and reintegrated into society.

"Our Nomadic Education policy is also being implemented to reduce the number of out-of-school children. We have also prioritised de-radicalisation and demobilisation of ex-combatant children of Boko Haram insurgents."

All Children Kidnapped By Boko Haram Would Be Freed - Buhari